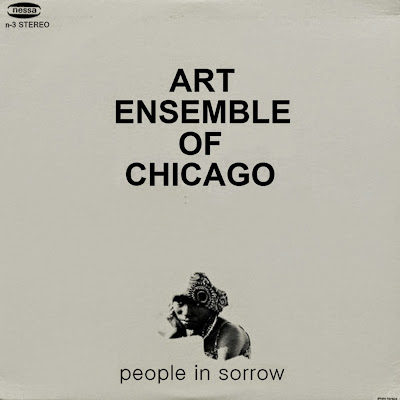 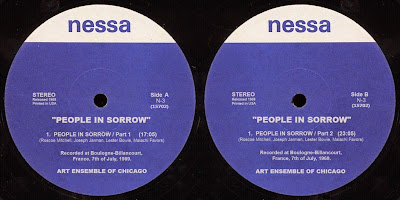 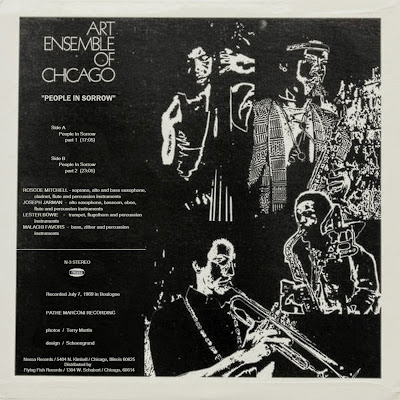 In 1969, the Art Ensemble of Chicago (which had recorded just one official record, Congliptious, as a group at that point in time), moved to Paris for two years and recorded eight albums during their first year overseas alone. 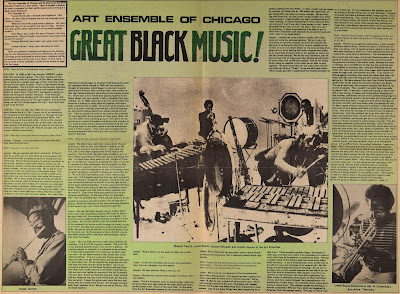 This is one of those albums that completely shifts thinking about music. The unity of vision on this album is uncanny, offering two sides of a slow, almost a-rhythmic flow of immensely sad sounds, coming from a variety of instruments played by Lester Bowie, Roscoe Mitchell, Joseph Jarman and Malachi Favors (this is still the period before Famadou Don Moye joined on drums). There is no real soloing, just sounds and phrases interwoven in a stream of music that is both welcoming and strange, with a beautiful theme that once every so often becomes explicit when it emerges out of the background on the first side, and becoming more dominant on the second side, guided by Lester Bowie's beautiful trumpet playing, over a background of increasing mayhem and ritual shouts and incantations and little percussive sounds and other tribal goodies. Even after all these years, modern listeners will be surprised at the audacity of the music, as much as for its listening relevance today, and hopefully as emotionally impacted as your servant when listening to this album, again and again.

This is an absolute must-have for any fan of free music. Please also note that the early albums of the Art Ensemble of Chicago explicitly mentioned AACM and/or "Great Black Music".

50 Years of AACM - Association for the Advancement of Creative Musicians