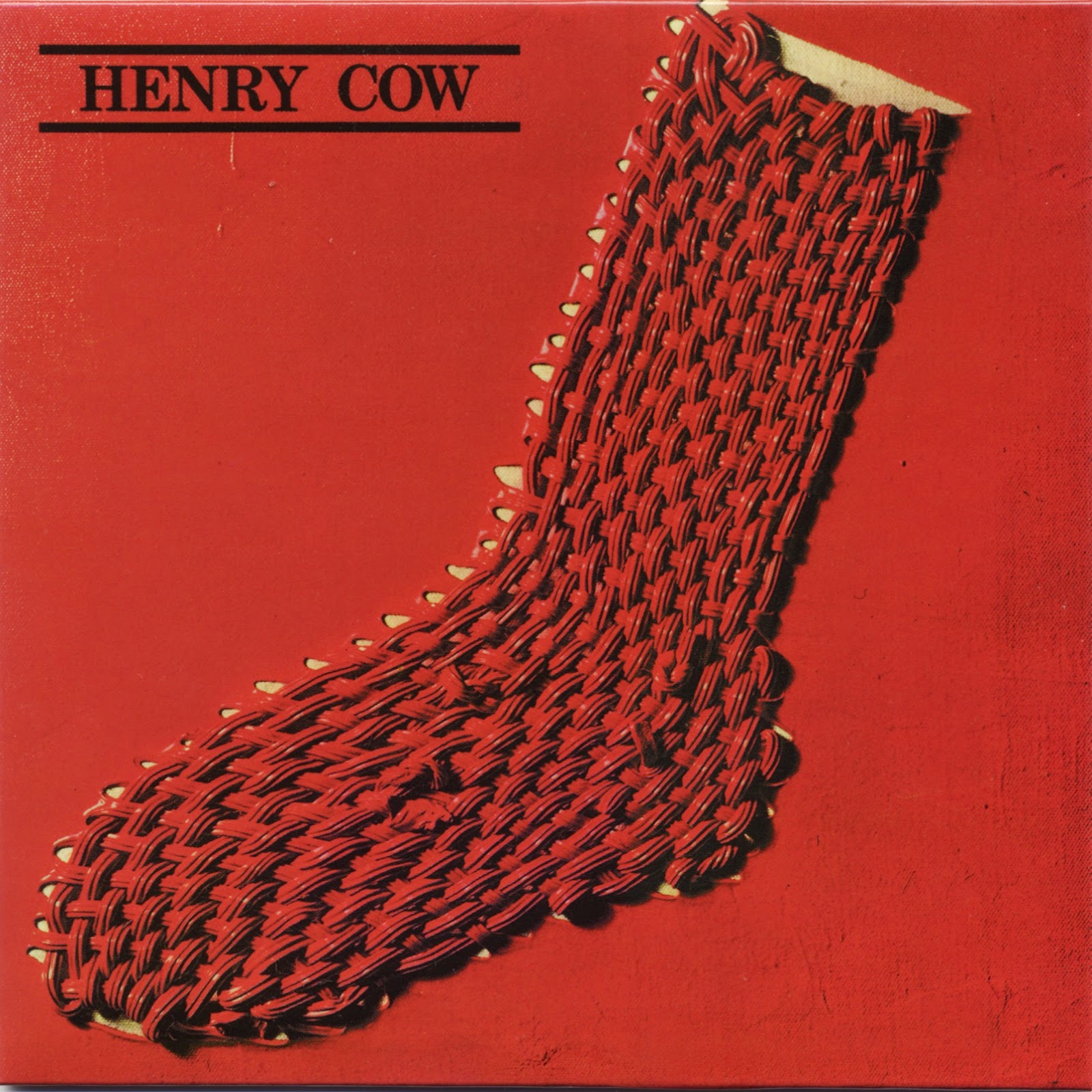 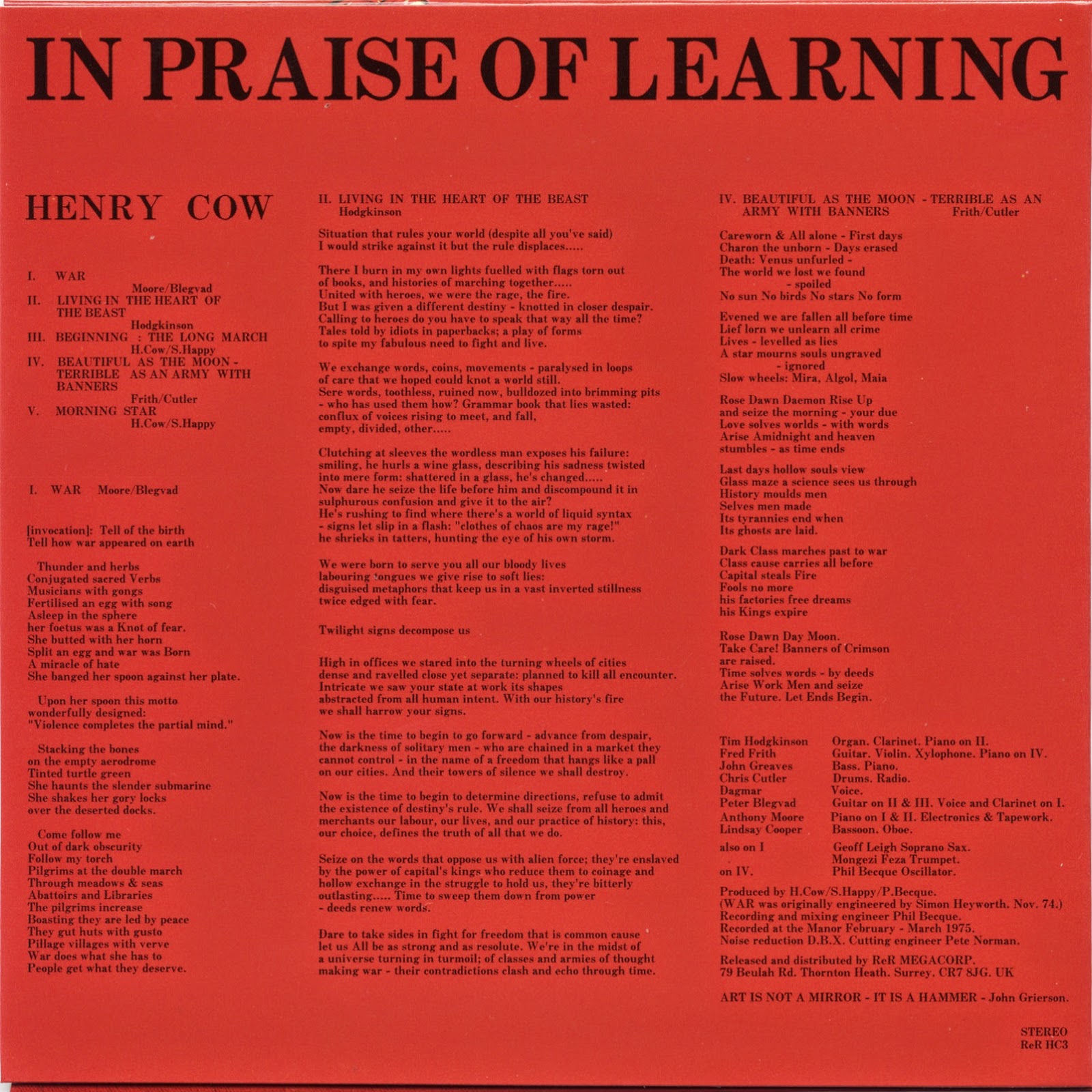 ART IS NOT A MIRROR - IT IS A HAMMER (John Grierson)

The trademark chainmail sock was deep red, and the cover was adorned with a quote from the left wing film maker John Grierson - 'Art is not a mirror, it is a hammer'. The titles of the two instrumentals also explicitly refer to the band's left wing politics; Beginning: The Long March is a reference to the Chinese Revolution, while Morning Star is the name of the daily paper published by the Communist Party of Great Britain.
And what of the music? 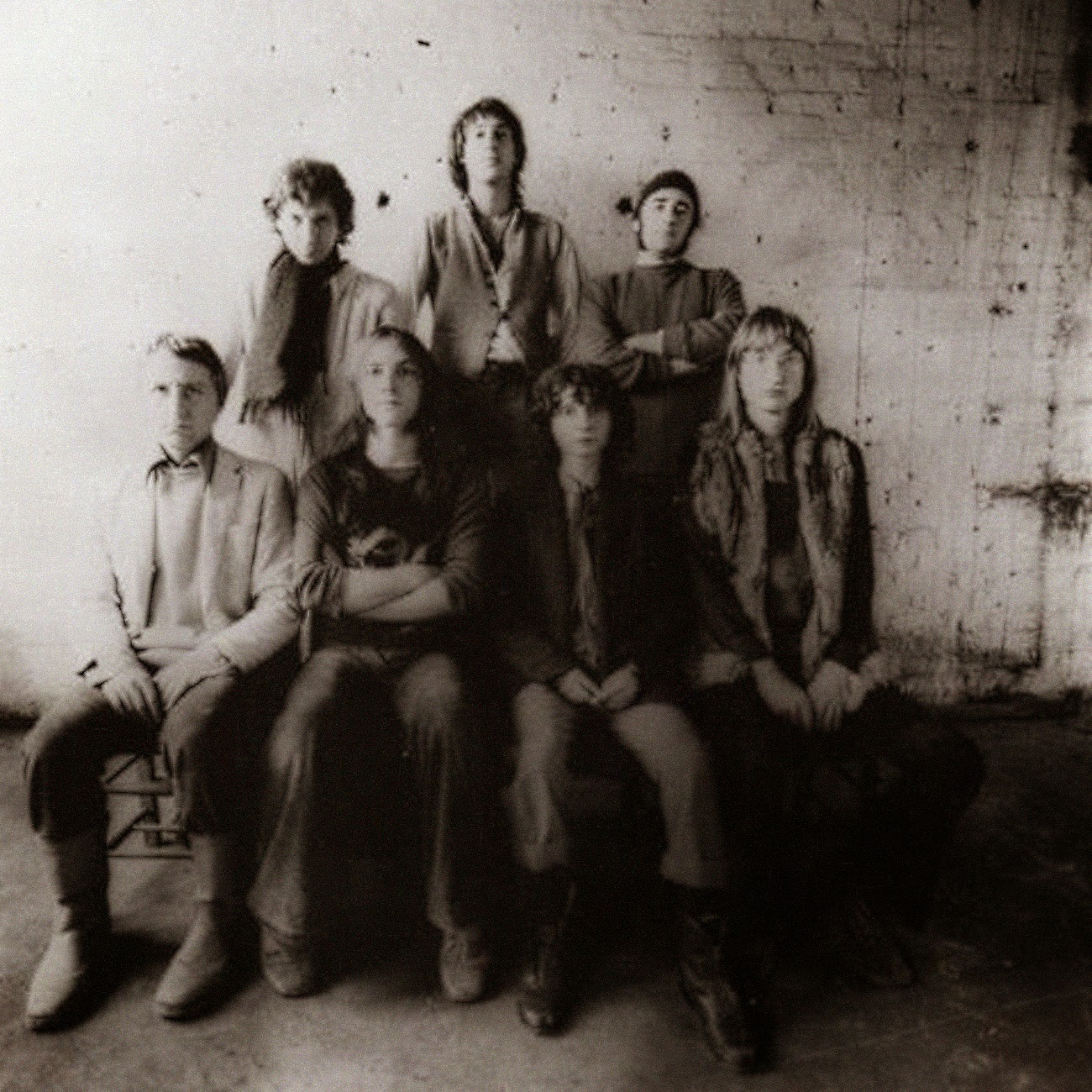 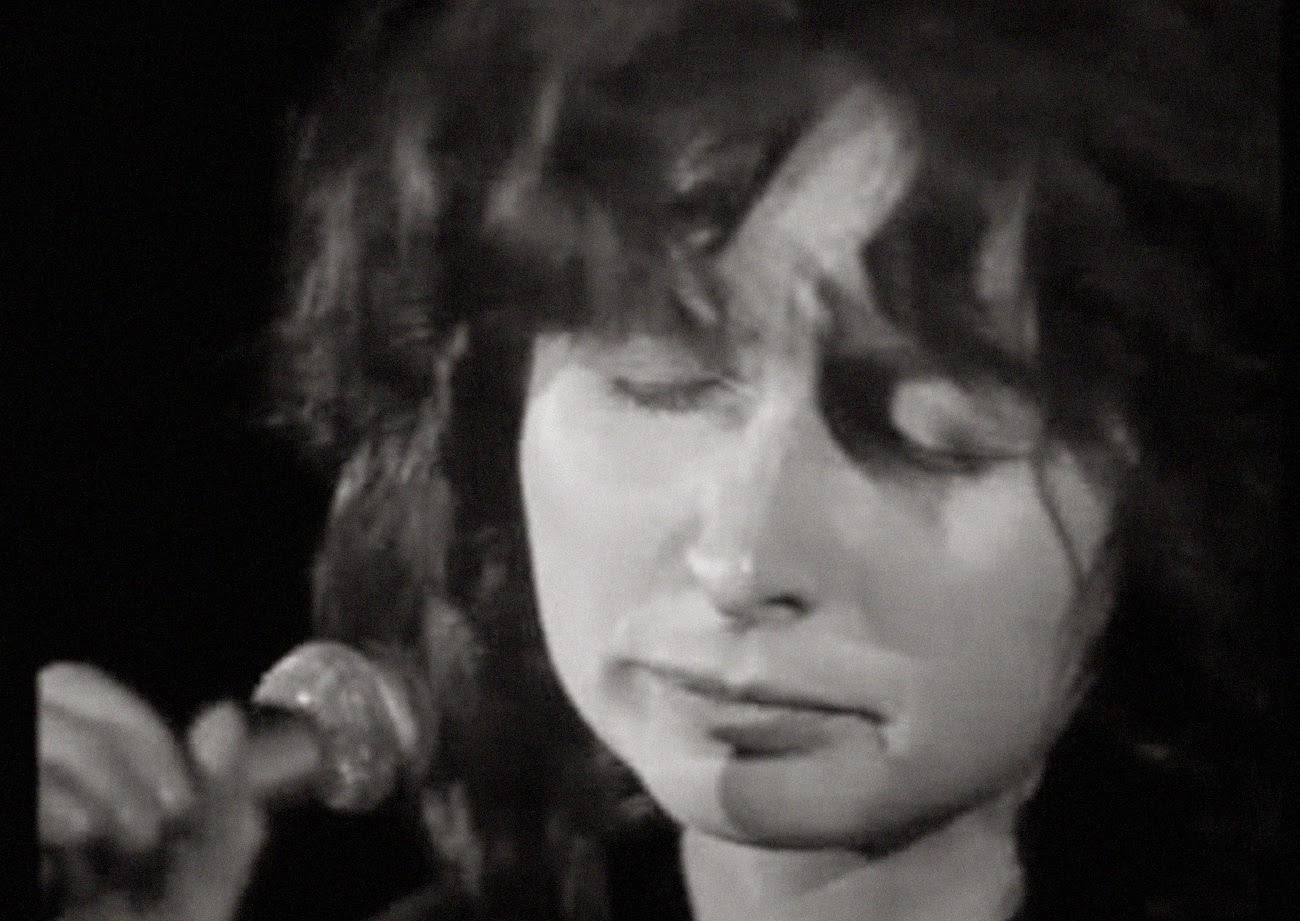 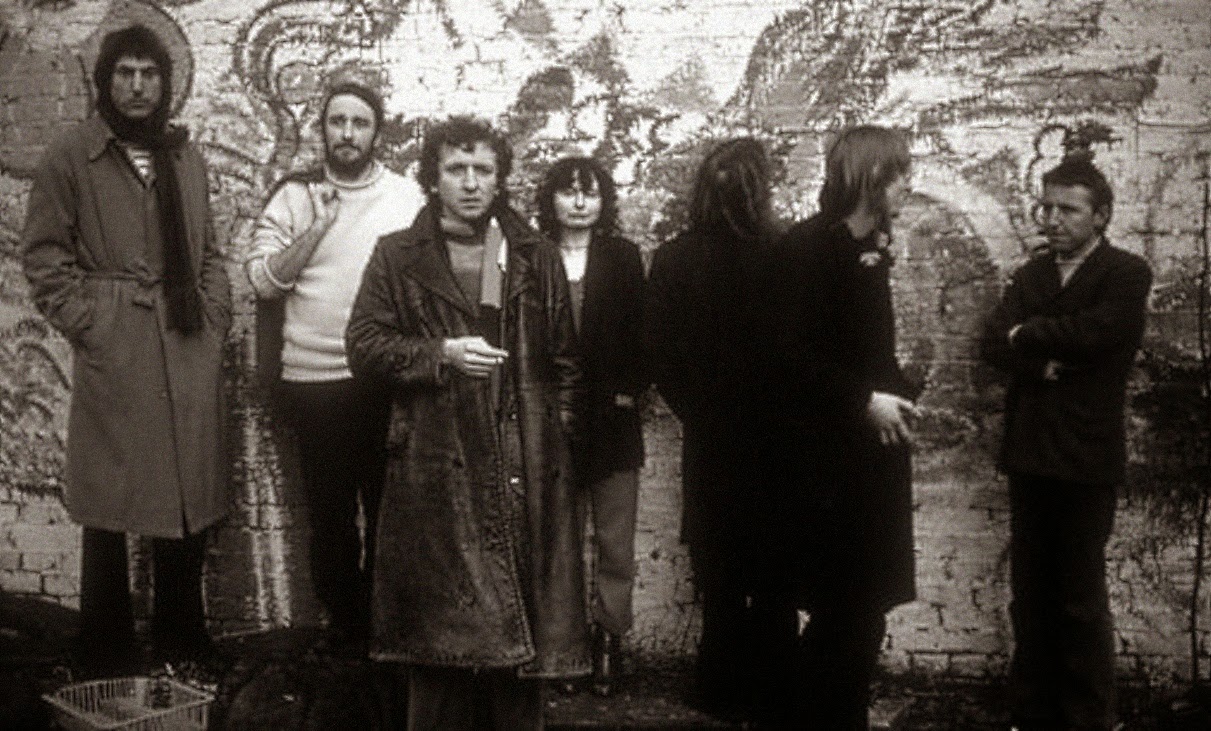 HENRY COW had joined forces with the German trio SLAPP HAPPY as they collaborated to make the album "Desperate Straights" under the SLAPP HAPPY name. "In Praise Of Learning" sees this collaboration continue only this one is released under the HENRY COW name. This collaboration would end shortly after this album was released. Still this melding of the two bands makes "In Praise Of Learning" quite different from their previous two studio albums. More avant-garde i'd say plus having Dagmar Krause on vocals changes the mood completely. I am used to her vocals from the ART BEARS albums but those who haven't heard her sing before don't usually view her participation as a positive. Including guests we get eleven musicians involved with the making of this record. SLAPP HAPPY would fold after this recording when Dagmar announced she was staying with HENRY COW as the COW would tour a lot the following year or so. She would return to SLAPP HAPPY though as witnessed on their 1980 release "Acnalbasac Noom".
"War" is only 2 1/2 minutes long and was composed by the SLAPP HAPPY duo of Moore and Blegvad. Both Blegvad and Krause sing on it and Dagmar is quite passionate here. I like the brief instrumental sections. "Living In The Heart Of The Beast" opens with Frith ripping it up with some dissonant guitar leads. Krause comes in vocally and I like this song already much better than the first tune. It settles down before we get some more aggressive guitar. A calm follows with piano and Dagmar returns in a reserved manner. It turns dark before 3 minutes as we get a complex instrumental section that really impresses. Vocals are back before 4 1/2 minutes. Another calm a minute later as the vocals stop and the sounds become intricate. Vocals are back and they do get passionate at times. Another calm before 7 1/2 minutes with organ. Violin joins in from Frith after 8 minutes. It will kick in again but settle back quickly. This is so good ! Vocals are back before 12 1/2 minutes as it stays fairly relaxed. Great, great track composed by Tim Hodgkinson.

"Beginning- The Long March" like the final track "Morning Star" were joint efforts by the two bands. The first is experimental throughout as various sounds come and go. I like this instrumental a lot, it's a real trip. "Beautiful As The Moon-Terrible As An Army With Banners" is a Frith / Cutler composition. It opens with reserved vocals and a laid back sound with plenty of piano. It does become a little more passionate then settles back before 3 minutes. It picks back up before 4 minutes with an excellent instrumental section. Dagmar is back late. Another excellent track. "Morning Star" ends it as we get dissonant horns and random drum patterns to start and more. Avant is the word and it continues throughout. An adventerous instrumental to close out the album...

Whether you agree with their politics or not, music as passionate and committed as this is all too rare, and in the prog field it is almost unprecedented. Listen and be amazed.

Never have I heard such a radiant combination of instrumentation, song-writing, emotion, intellect, everything that makes each song unique and full of true magic. If you have not heard it, grant your ears the gift immediately. This album gets my highest recommendation of anything I could write.