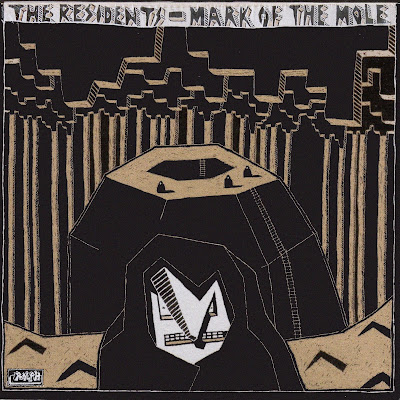 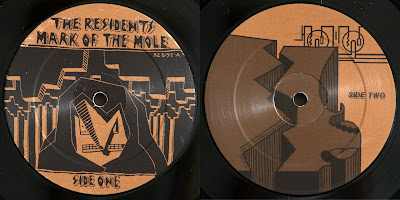 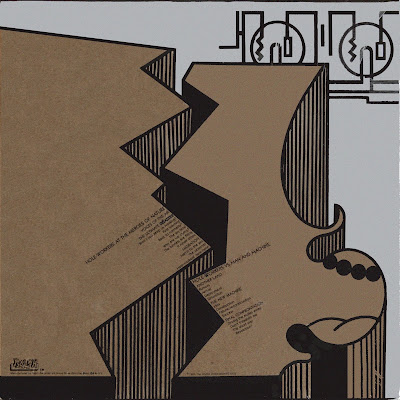 This isn’t really an album you can just pick up and listen to a song at a time out of context without being really familiar with the album to begin with, but it is very interesting and worth listening to and paying attention. 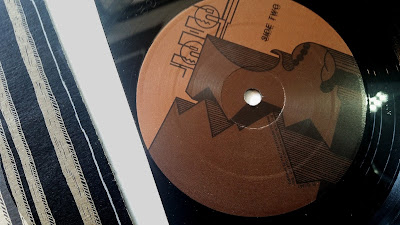 For all my effluence about The Commercial Album, it was a bit of a flop. In response, The Residents decided they were going to do something “apocalyptic.” So, they created an album about an apocalypse, a disaster of biblical proportions. Inspired by tales of the Great Depression, they created the first album in what would become The Mole Trilogy: Mark of the Mole. A return to the storytelling, conceptual work of Not Available and Eskimo, Mark of the Mole tells the story of the Moles, a primitive people who toil in deep underground holes. One day, the sky falls and a massive storm floods their holes, forcing them to wander across a cruel, unforgiving land to the land of the lazy, decadent Chubs. There, the Moles are used as cheap labor until a Chub scientist comes up with a labor-saving machine. Out of work, the Chubs and the Moles end up breaking out in brutal, indecisive war.

Heady stuff. Deep stuff. We’re a long way from the twisted pop of Duck Stab! and Commercial Album. Mark of the Mole is a dark, oppressive album, of brutal, moody music. Unlike its antecedents Eskimo and “Six Things to a Cycle,” there’s not a whole lot of humor here. The cameo by Penn Jillette, of Penn & Teller fame, delivering a weather forecast at the start of the record might raise a chuckle just out of recognition. Instead, there’s a lot of lushly harsh synthesized tones that, much like Not Available provide as much to the story as the lyrics. There’s still some “strange voices,” but they’re restrained and applied to compelling—if anonymous—characters, and serve to drive the plot home. The music is hauntingly beautiful at time, such as the sad synthesized strings in the finale of “Another Land.” 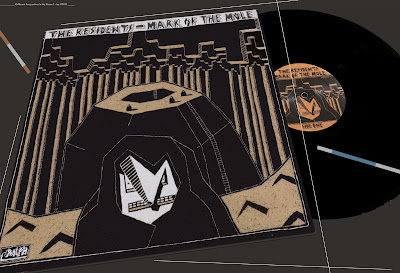 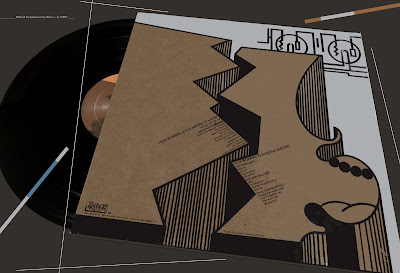 Mark of the Mole is among the Residents' most successful, emotionally potent, gimmick-free offerings. By this time, the Residents had completely embraced keyboards/synthesizers as a key instrument, but instead of using them for goofy bloops and bleeps (as they did on the couple of albums prior to this), they use them to create a dark purple sky of doom and despair.


Here the Residents embark on their most ambitious project to date. A sprawling story about to races of people and the clash of cultures that happens when they are driven together through natural forces. The result is not only a near-perfect sonic depiction of the concept's subject matter (the plight of the Moles and their eventual migration to the land of the Chubs, where they are persecuted), but also a musically engaging affair that works on its own even without the concept. This album represents the beginnings of the Residents' experiments with electronics.      (Review by Richard J. Anderson)

Note:
Again, though, The Residents punctured the pretentiousness of the project on the Mole Show Tour, wherein Penn Jillette, as a narrator, explained the plot for what would likely be confused audiences (The Mole Show: Live in Holland). Said narration often consisted of joking commentary on the story and performance, but this was all part of the act. There’s enough audio/visual documentation of these shows to explain for the curious, but the album that it started the whole project, retains its power even in the context of The Residents later works in the vein, including the other album in the Mole Trilogy 'The Tunes Of Two Cities'…

Email ThisBlogThis!Share to TwitterShare to FacebookShare to Pinterest
Labels: The Residents