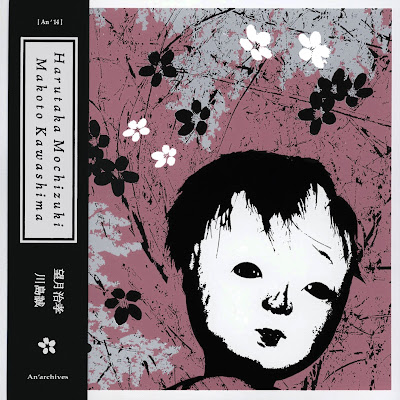 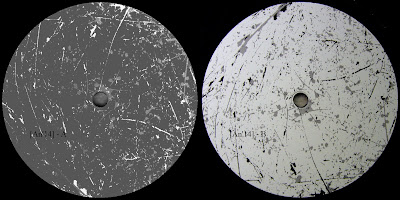 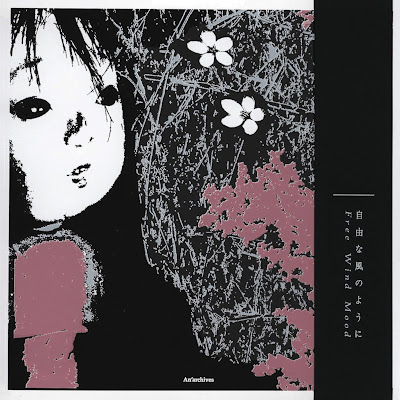 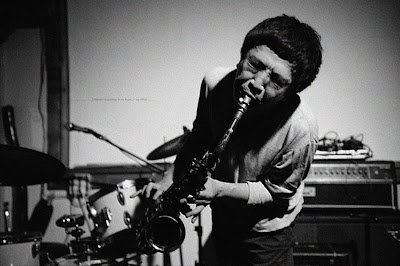 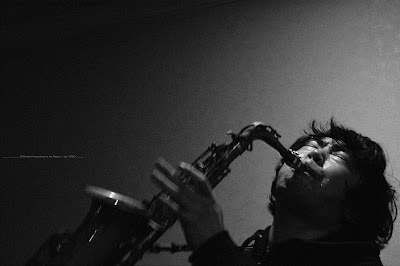 "During the past decade, a number of free music players in Japan have fiercely, with no compromise, continued to grapple with the questions that lay at the heart of the solo saxophone recital: how to tease and tear new formations out of the interface between human breath, human flesh and skeleton, and the instrument itself, its keys, holes, pads, reed, and brass body.
With Free Wind Mood, An’archives splits one vinyl record down the middle, giving a side each to two of the most rigorous, exciting, and committed players from the scene: Harutaka Mochizuki and Makoto Kawashima.
While there are elements of their playing that places them in a history of Japanese free blowing, from Kaoru Abe through Masayoshi Urabe to now, they both have a singular voice: Harutaka more stringent and tart, Kawashima, perhaps, more melancholy. Tellingly, they’ve both intersected with rock music and free sound ensembles, with Kawashima working alongside Nishizawa Naoto of EXIAS-J (Experimental Improvisers’ Association of Japan), while Harutaka has worked in a duo Tomoyuki Aoki of psych-rock group Up-Tight, and guitarist Kondo Hideaki (also of EXIAS-J).
But both of them have made their most massive strides forward with their own solo releases, Kawashima’s potent Homo Sacer one of the final releases on PSF, and Harutaka’s Pas LP and Through The Glass CD exploring new terrain for the nexus of breath and brass. Moving on from those releases, Free Wind Mood is a devastating listening experience, blood and guts on the floor as the players fully inhabit the architecture of the space, and of the self, and play like their lives depend on it."       (By Jon Dale) 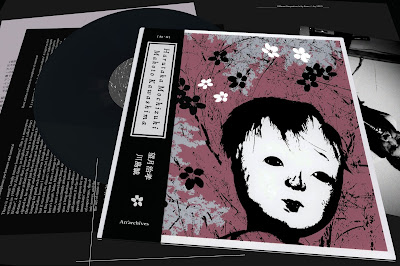 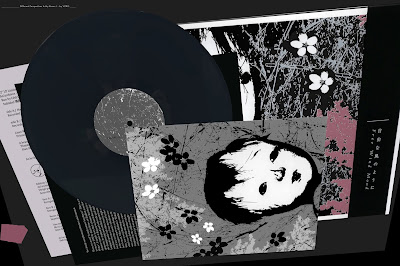 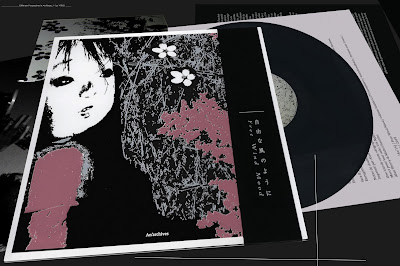 Divine, wracked solo saxophone improvisations courtesy of the magnificent An’Archives and their extraordinary new ‘Free Wind Mood’ series. Absolutely beautiful to behold too, edition of 275 housed in heavy “old style” silk-screened jacket with obi strip, postcards and inserts, including liner notes by Michel Henritzi. Monastically committed reedsmen Harutaka Mochizuki and Makoto Kawashima (whose Homo Sacer was one of the final releases on PSF) are given a side apiece to grapple with their instrument; Mochizuki’s offering is certainly engaging, but it’s the more lyrical, melancholy drift of Kawashima’s performance that we’re instinctively drawn to, the use of negative space reminding us a little bit of John Butcher at his most expansive or even the Bill Dixon of November 1981. But even at its most emollient and near-ambient, Free Wind Mood Vol.1 is serious, searching, masochistic... sonic/spiritual enquiry doesn't get much rawer, or purer, than this.