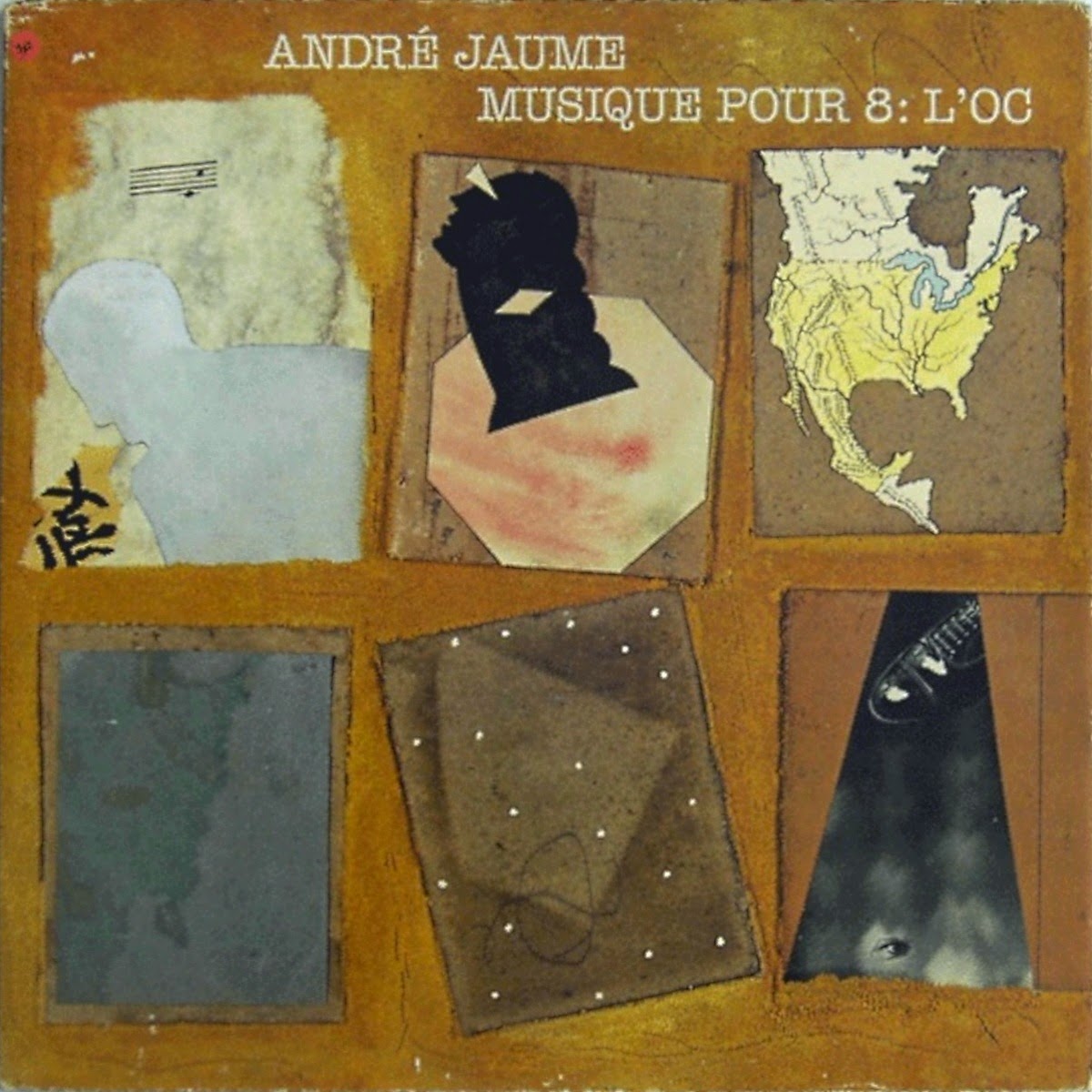 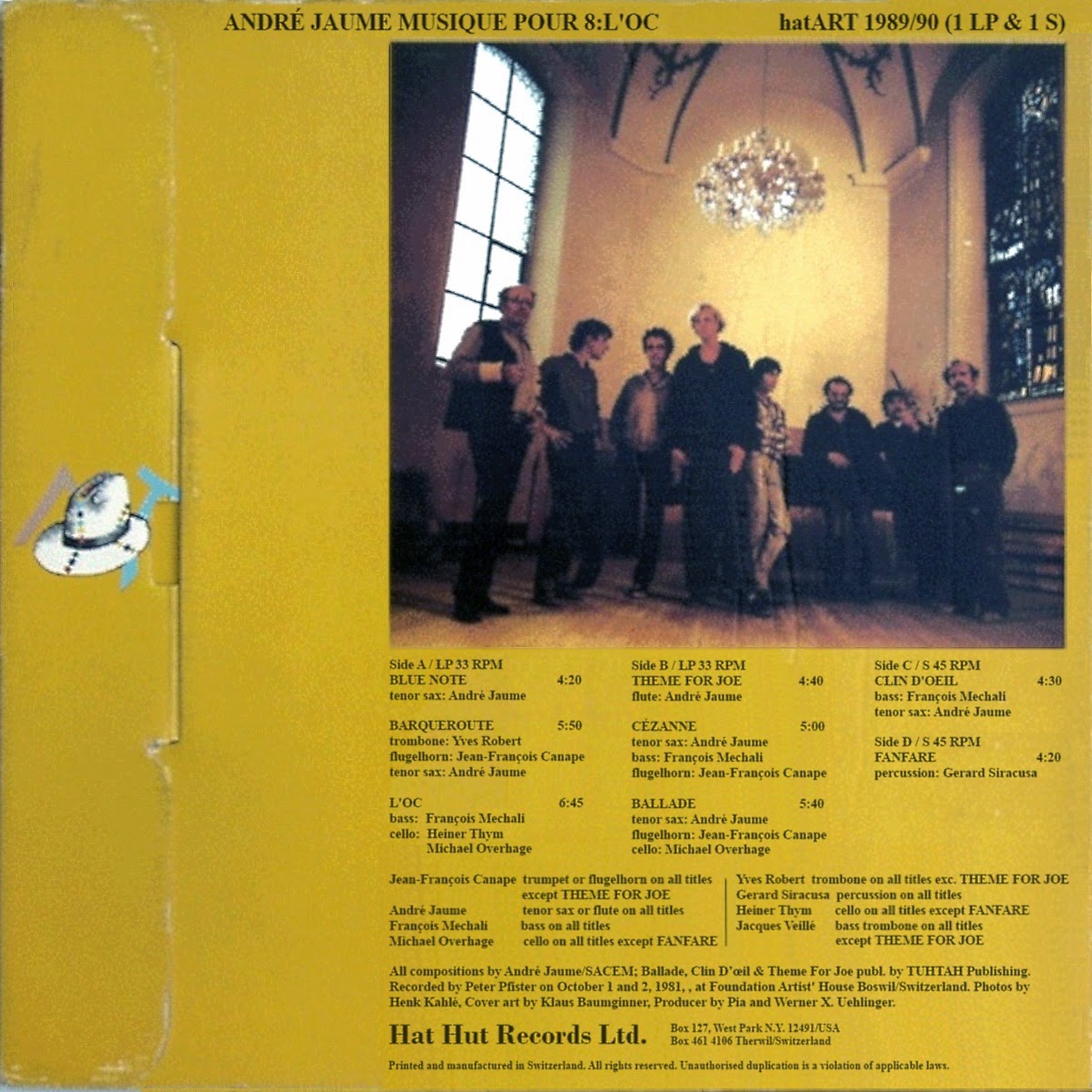 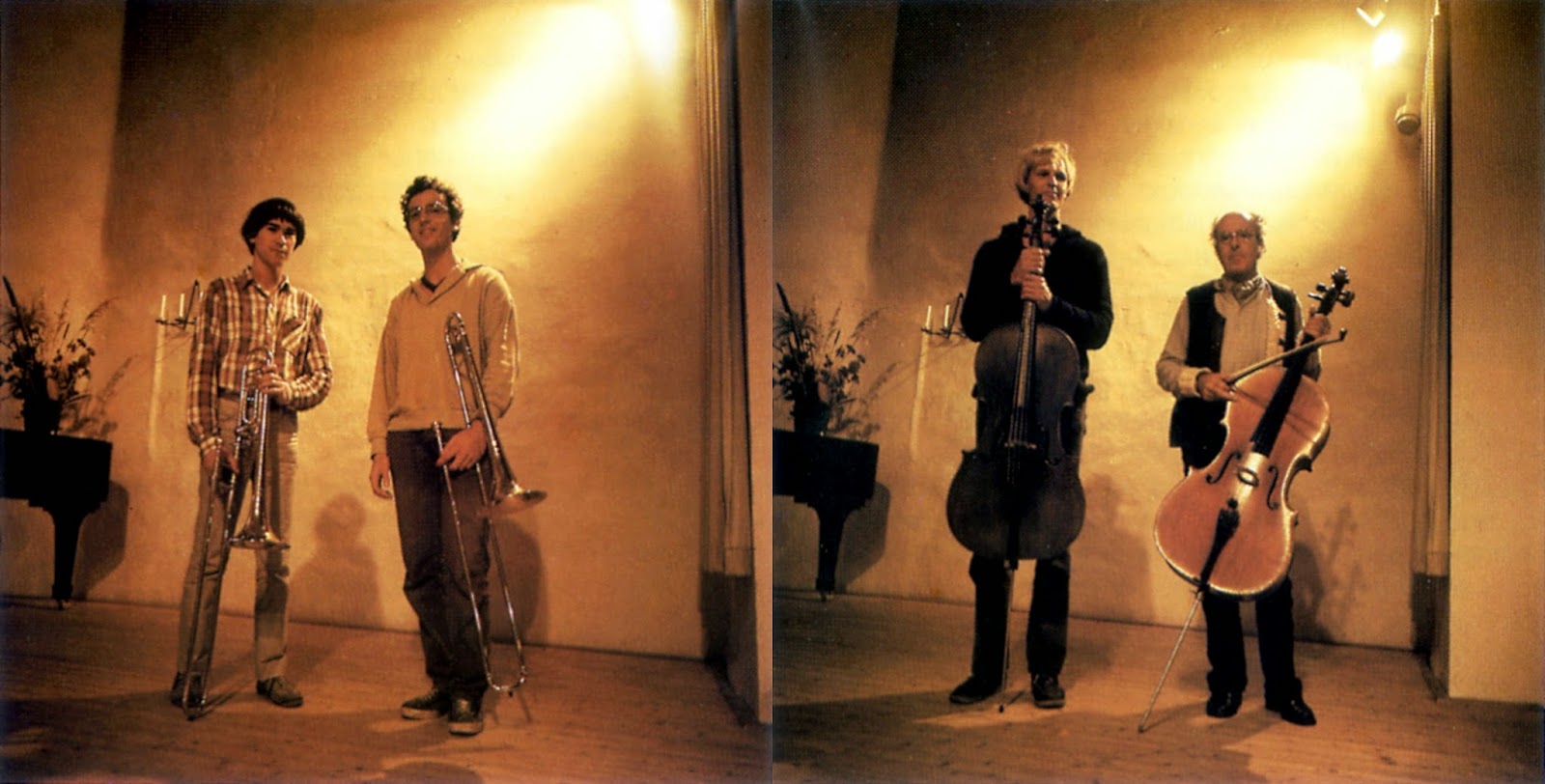 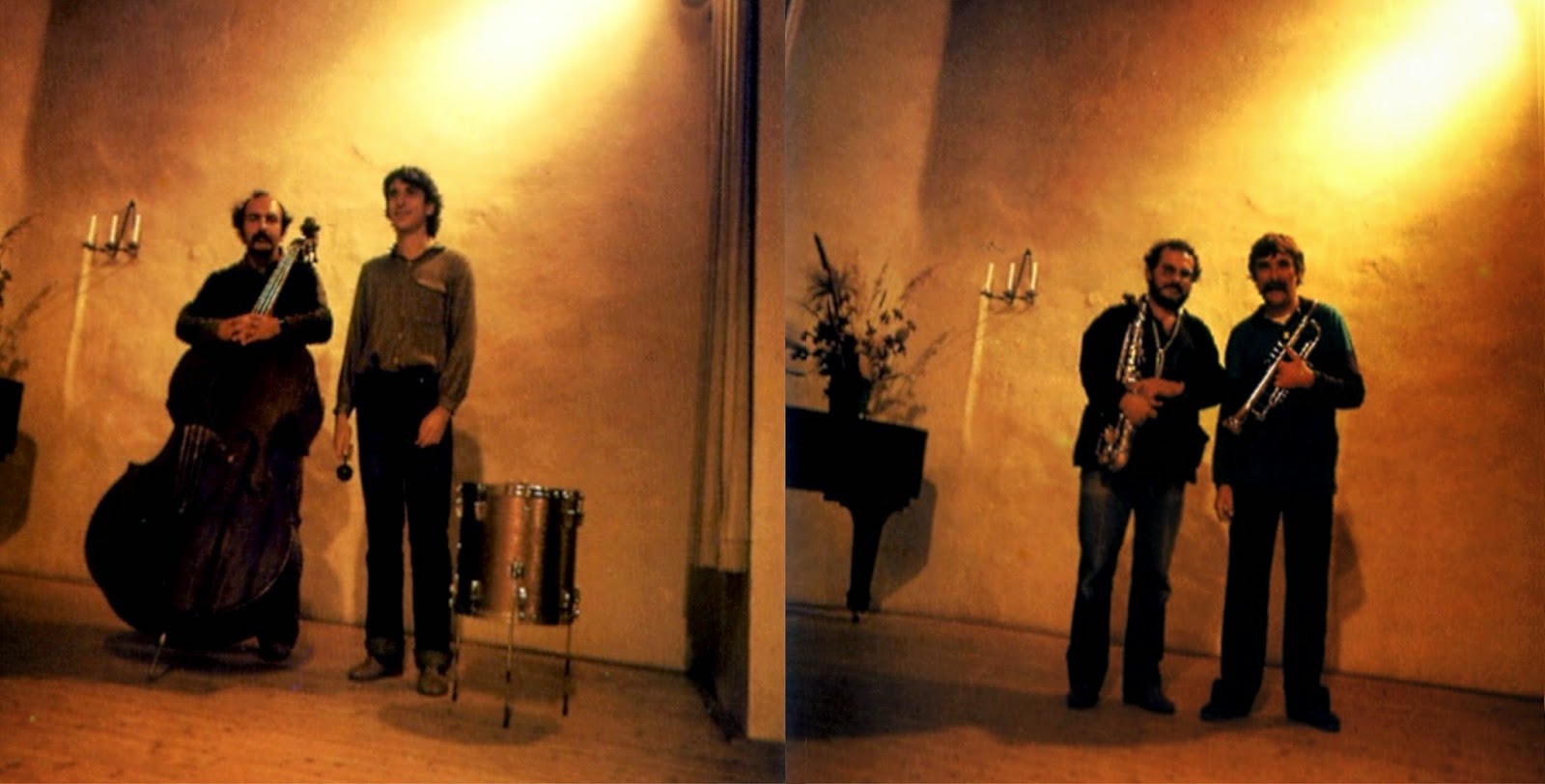 André Jaume's Musique Pour 8 is as ambitious a work as he has ever attempted. For octet, he has chosen to explore the relationships of the group to the individual, harmony to dissonance, timbre to meter, ensemble charts to free improvisation -- and all the colors of the musical palette. Using a group he culled together based on his fancy rather than any previous playing relationships creates a prismatic approach to Jaume's compositions. Unlike most of the Europeans, his work (especially in the avant-garde) refuses to dismiss itself from traditions musical and otherwise: Jaume's obsessions with visual art and poetry are evidenced here not as support mechanisms, but as inspirations. His "Ballade" touches on the melancholy of the Mallarme poem of the same name; "Cezanne" engages timbre -- especially in his tenor solo and in Canape's flügelhorn moment -- in a manner that highlights the vibrational nature of color and texture, much like the painter's flattened yet nonetheless shimmering canvasses. And musically, in "L'Oc," listeners can hear the tension and restraint evident in composer Darius Milhaud's later work for strings -- especially his last quartet. The influences of arrangers and texturalists such as Stan Kenton and Jimmy Giuffre can also be heard in "Blue Note" and "Theme for Joe." Jaume makes such a case for his own composition on this album that it's difficult to fault him. His titles are as free and open as his bandleading, allowing the individual musicians to ink the page indelibly with their own stamps. Jaume is truly one of the great European artists who, like Franz Koglmann, understands the importance not only of tradition, but of nuance and elegance, in the presentation of anything -- whether it be groundbreaking improvisation or beautifully composed vignettes and themes. Musique Pour 8: L'Oc is a treasure from an underappreciated master of form, style, and content.