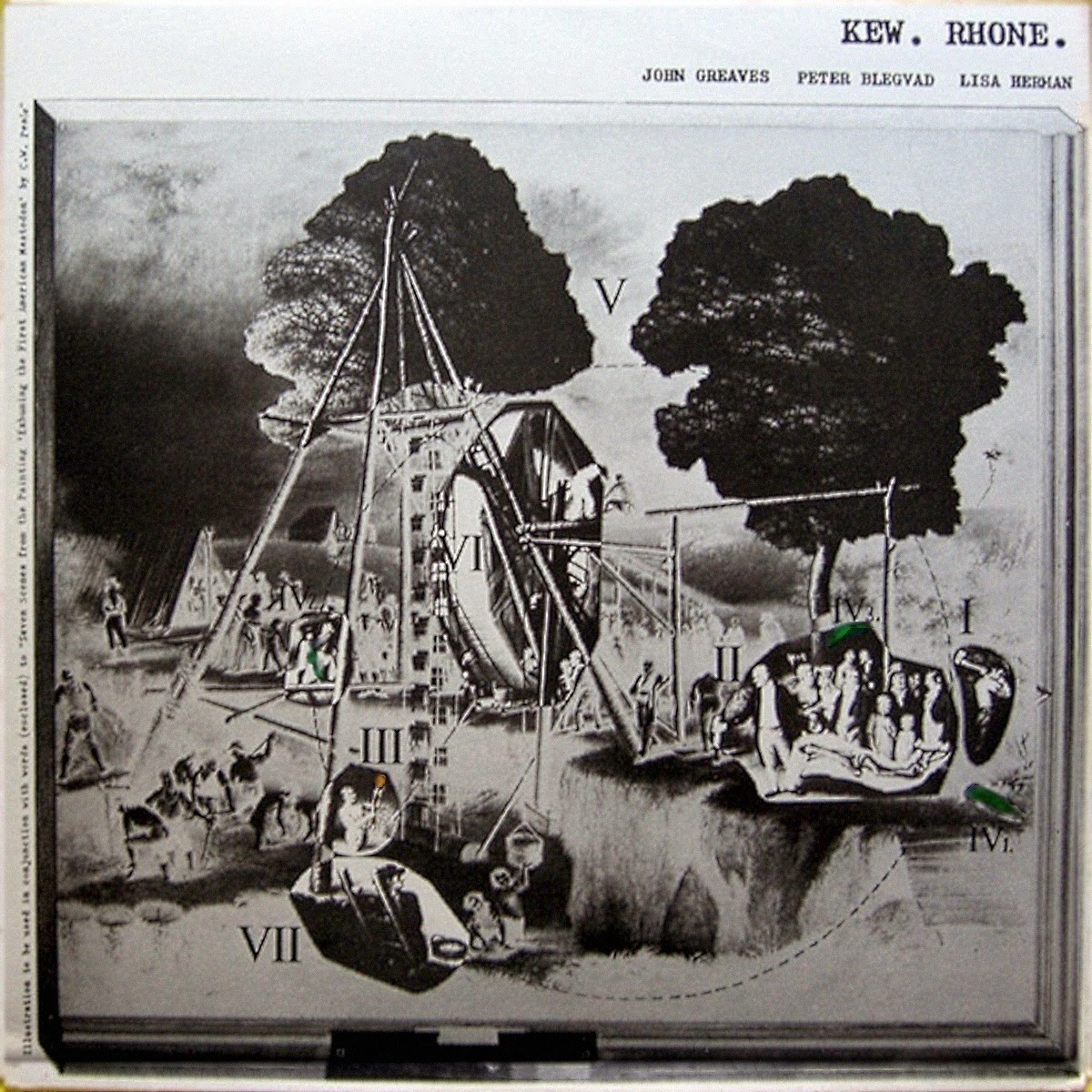 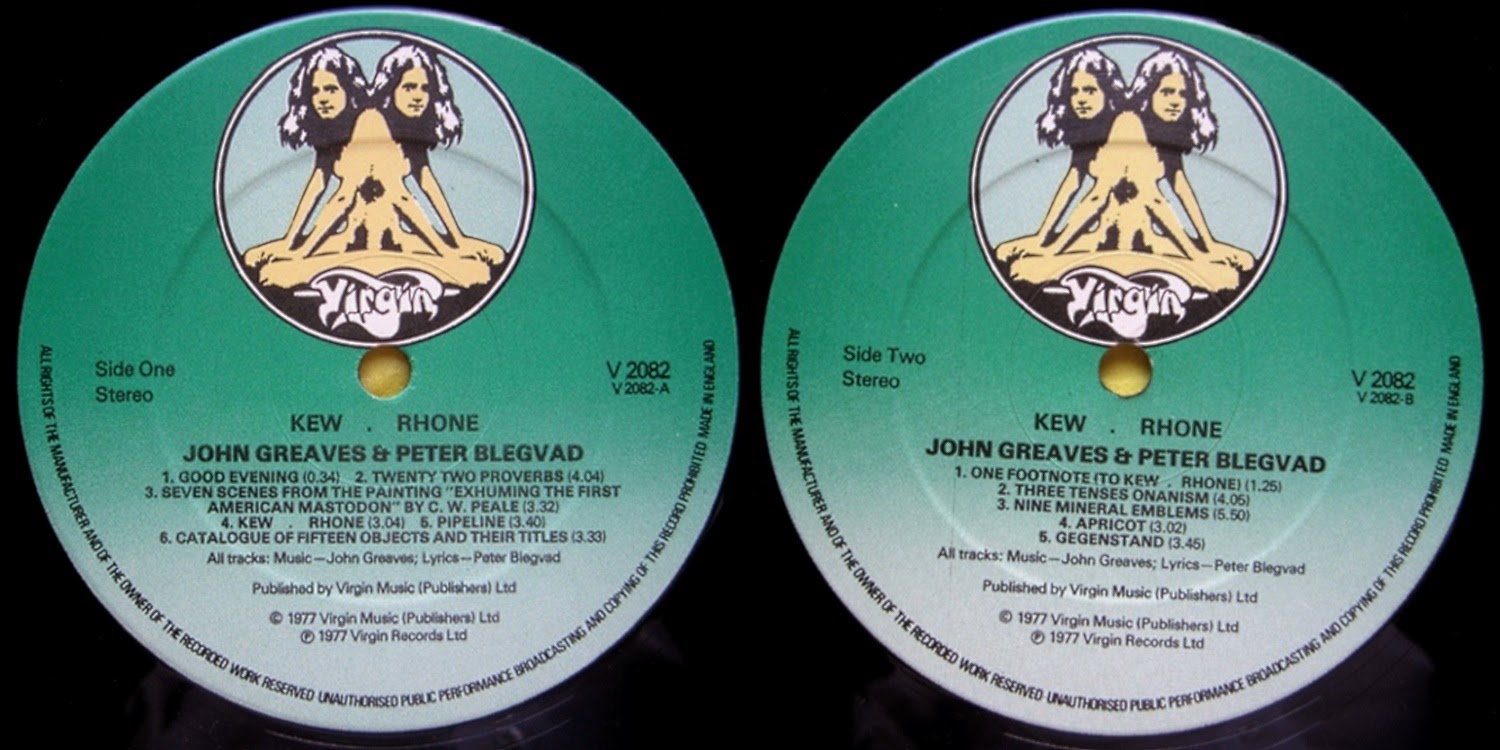 Kew. Rhone. is a concept album by British bass guitarist and composer John Greaves, and American singer-songwriter and guitarist Peter Blegvad. It is a song cycle composed by Greaves with lyrics by Blegvad, and was performed by Greaves and Blegvad with vocalist Lisa Herman and others. The album was recorded in Woodstock, New York in October 1976, and was released in the United Kingdom in March 1977 by Virgin Records, credited on the front cover to "John Greaves, Peter Blegvad and Lisa Herman", but on the record label as "John Greaves and Peter Blegvad". It was issued in the United States in 1978 by Europa Records. 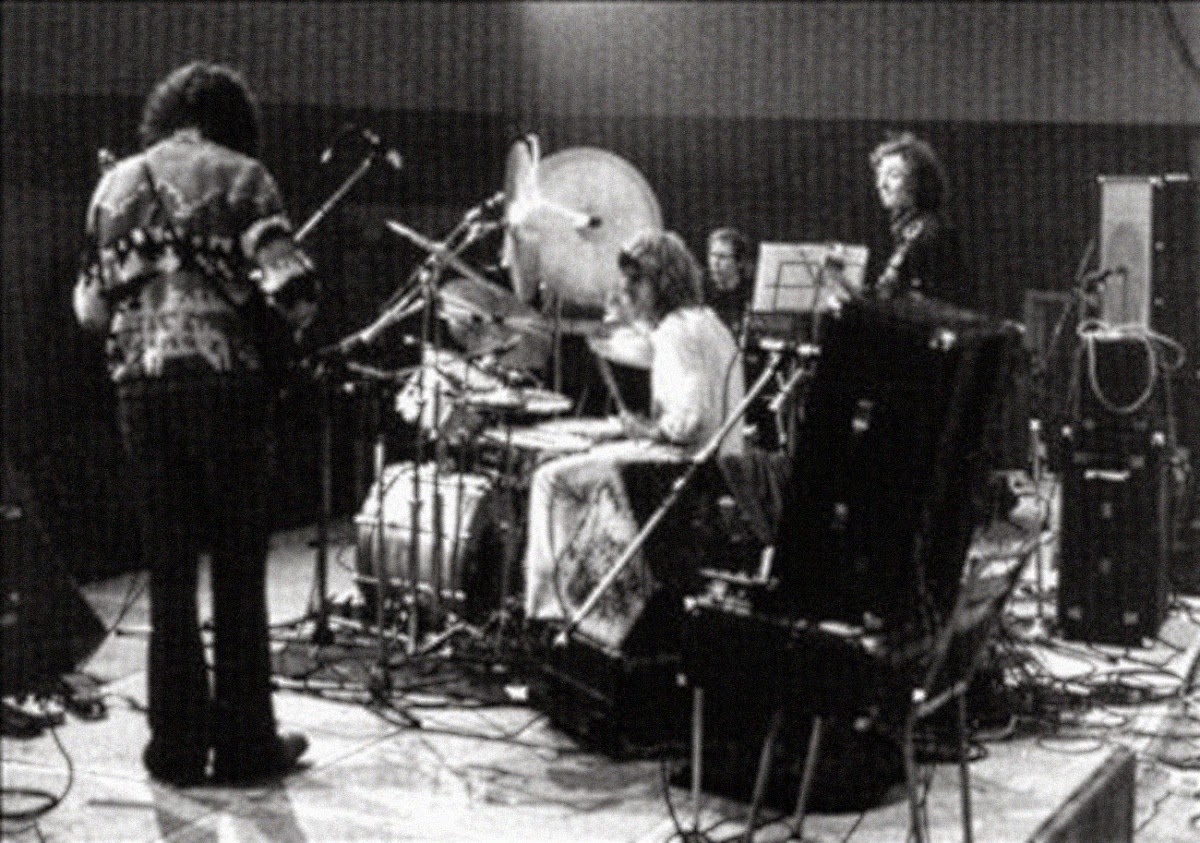 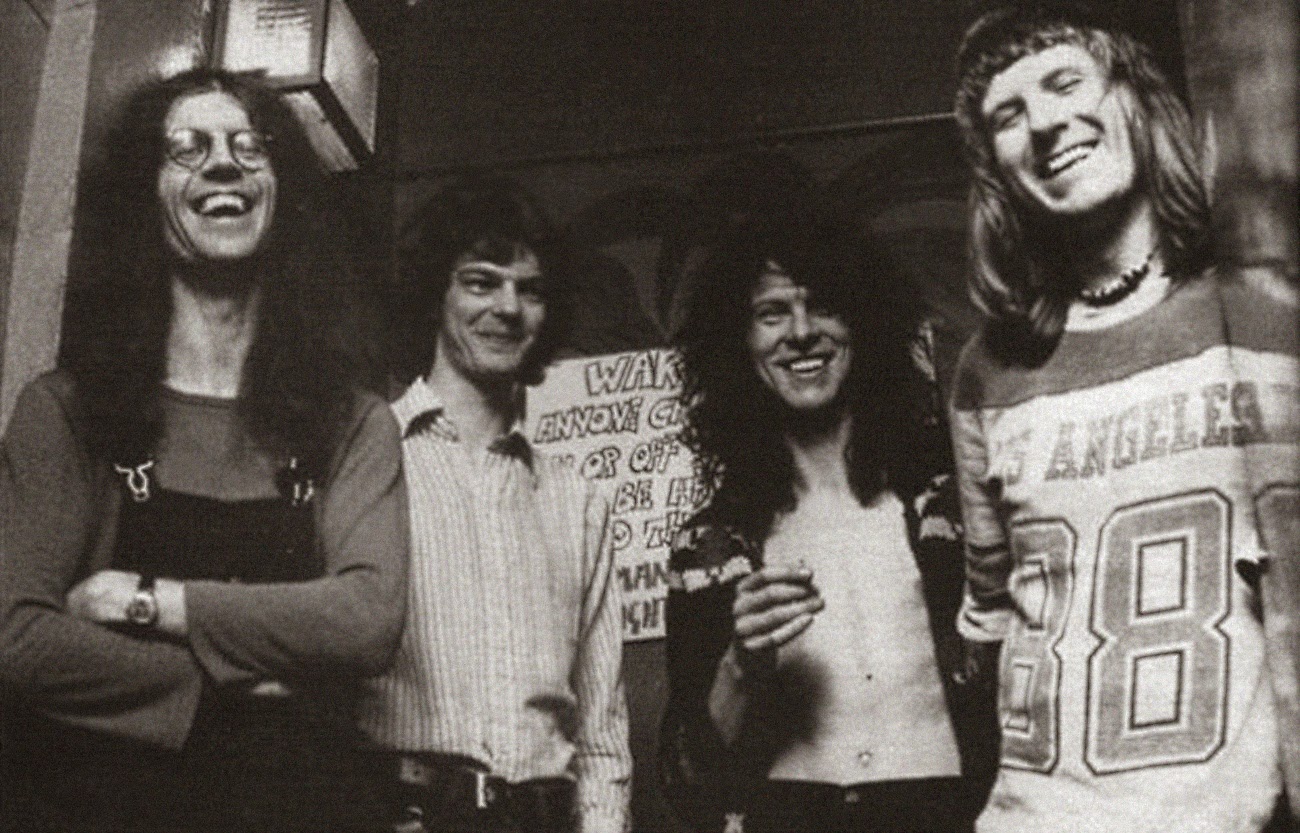 Kew.Rhone is an often overlooked masterpiece from the 1970s, a multilayered concept album that combines the complexity of RIO with the melodic sensibilities of the best Canterbury bands and which features perhaps the most erudite lyrics in the history of progressive rock.

John Greaves (music) and Peter Blegvad (lyrics) began their creative partnership when Henry Cow and Slapp Happy joined forces for Desperate Straits - their song 'Bad Alchemy' was one of that album's highlights, and they have continued to write and perform together on an occasional basis ever since. Following the recording of 'In Praise Of Learning' Henry Cow and Slapp Happy split, and John Greaves left Henry Cow at about the same time. He and Peter Blegvad went to New York, where they wrote this album and then recorded it with the assistance and participation of jazz greats Carla Bley and Mike Mantler. Vocalist extraordinaire Lisa Hermann was rightly given joint billing with the two songwriters; like Dagmar in Slapp Happy and Art Bears, it is her interpretation of the material that brings it to life. Robert Wyatt was so impressed that he bought two copies, in case one got damaged or worn out, and later sang a version of the title track on John Greaves' 'Songs' album.

Side 1 of the vinyl original opened with "Good Evening", which functioned like the opening tune of a Broadway musical - some of the main musical themes of the album are played in a short but highly effective big band arrangement. This leads straight into "Twenty Two Proverbs", which is just that - a collection of proverbs from a variety of sources set to music and sung by Lisa Herman with occasional interjections from other voices - John Greaves' delivery of 'What have I to do with Bradshaw's windmill?' is one of the album's early highlights. The proverbs sometimes seem to relate to each other; 'A cat may look at a king' is juxtaposed with 'By night all cats are grey', while 'Names are not the pledge for things but things for names' flags up one of the album's main lyrical concerns. "7 Scenes From 'Exhuming The First American Mastodon' By CW Peale" follows, the lyrics based on the cover painting, itself based on CW Peale's painting of his own scientific project. This track has some remarkable brass by Mike Mantler, which plays off Lisa Herman's lead vocal to stunning effect. "Pipeline" follows, which pulls off the rare feat of having a line such as 'Figure b. illustrates the assertion 'Ambiguity can't be measured like a change in temperature' and making it melodic and catchy. The lyrics refer back to "7 Scenes"; objects mentioned in that song reappear here in a different guise (Names are not the pledge for things...). Again, despite the apparent complexity this a breezy, melodic song which will linger in the mind for a long time. The title track is the album's centrepiece, another hummable gem with opaque lyrics. The first part of the song is written solely using the letters in Kew.Rhone, for example 'We who knew no woe', and the second features a lengthy palindrome: 'Peel's foe, not a set animal, laminates a tone of sleep'. Once again all this is sung to some extremely memorable music, with some wonderful strings by Michael Levine and a superb vocal arrangement with another sterling contribution from John Greaves' pleasing Welsh tenor. The first half of the album culminated with Catalogue of Fifteen Objects and their Titles (Names again...), which is also referred to obliquely on 'Squarer for Maud' by National Health.

Side 2 kicked off with another short track, "One Footnote", which suggests further anagrams from the title and invites the listener to think of some more. "Three Tenses Onanism" is a highly poetic paen to the pleasures of self gratification and sees the music move more towards RIO/Avant prog territory, each of the three tenses being represented by a different musical idea. Peter Blegvad is the main vocalist here, his knowing New York drawl adding an extra dimension to the lyrics. 'Nine Mineral Emblems' returns to the jazz tinged Canterbury stylings of the first half of the album, and contains some accurate information about mineralogy given an unlikely but effective erotic subtext: 'When heated, SCOLECITE lengthens, squirms - not unlike the worm that looks for lodgings in a pearly urn'. "Apricot" feature's Blegvad's second lead vocal, and is probably the closest the album comes to a straightforward rocker (not very close, admittedly, but there's something of Lou Reed in the vocals and it has the album's most prominent electric guitar)."Gegenstand" brought the album to a subdued close - this track has the sparsest arrangement on the album, dominated by John Greaves' bass playing.

The instrumental performances are all superb throughout the album. John Greaves plays some beautiful piano as well as anchoring the arrangements with his ever inventive bass work. Peter Blegvad is not a great guitarist (as he admits himself) but acquits himself creditably on some extremely tricky guitar parts, while the supporting players all turn in splendid performances - this is very much an album of tightly focussed, carefully arranged ensemble playing, the arrangements allowing the individual players to shine without dominating the proceedings. It also functions well as a whole package - Blegvad was responsible for the sleeve design, which informs some of the lyrics, and some CD versions have an enhanced feature which takes you deeper into the album's concept. Music, lyrics and visuals all complement each other to perfection.

Greaves and Blegvad have both had long and distinguished careers, and they have written a wealth of good material together and individually, but nothing since has quite equallled this gem of an album. This is a genuine masterpiece, and no collection is complete without it. 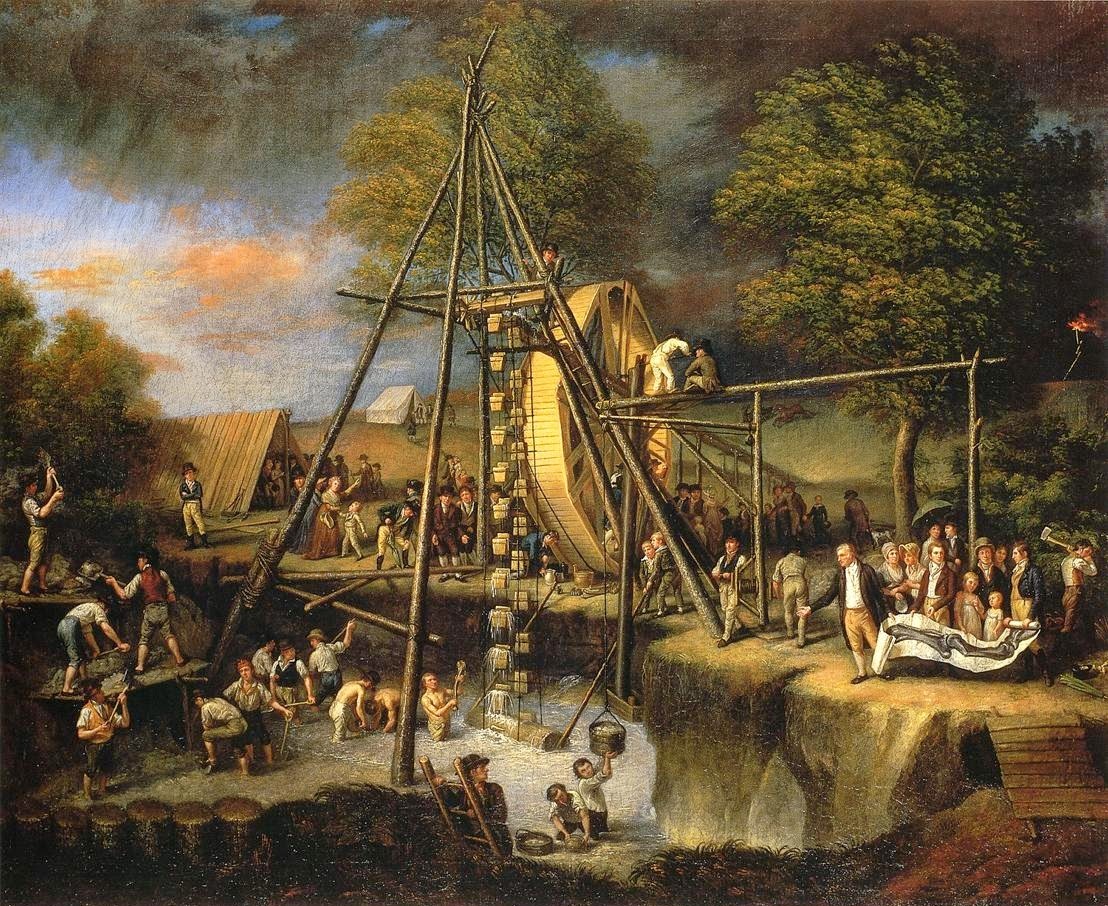 The album cover is a reproduction of a painting by Charles Willson Peale entitled Exhuming the First American Mastodon (1806–1808). The song it illustrates, "Seven Scenes from the Painting 'Exhuming the First American Mastodon' by C. W. Peale" interprets the painting with, according to Peter Blegvad, "a brazen disregard for the painter's original intent." It is a song about "the perils of being named or defined" and describes a world in which "definition is acquired as liberty is lost". This "naming" is referred to again in the Romanian proverb, "Names are not the pledge for things, but the things for names" that appears in the song "Twenty-Two Proverbs". 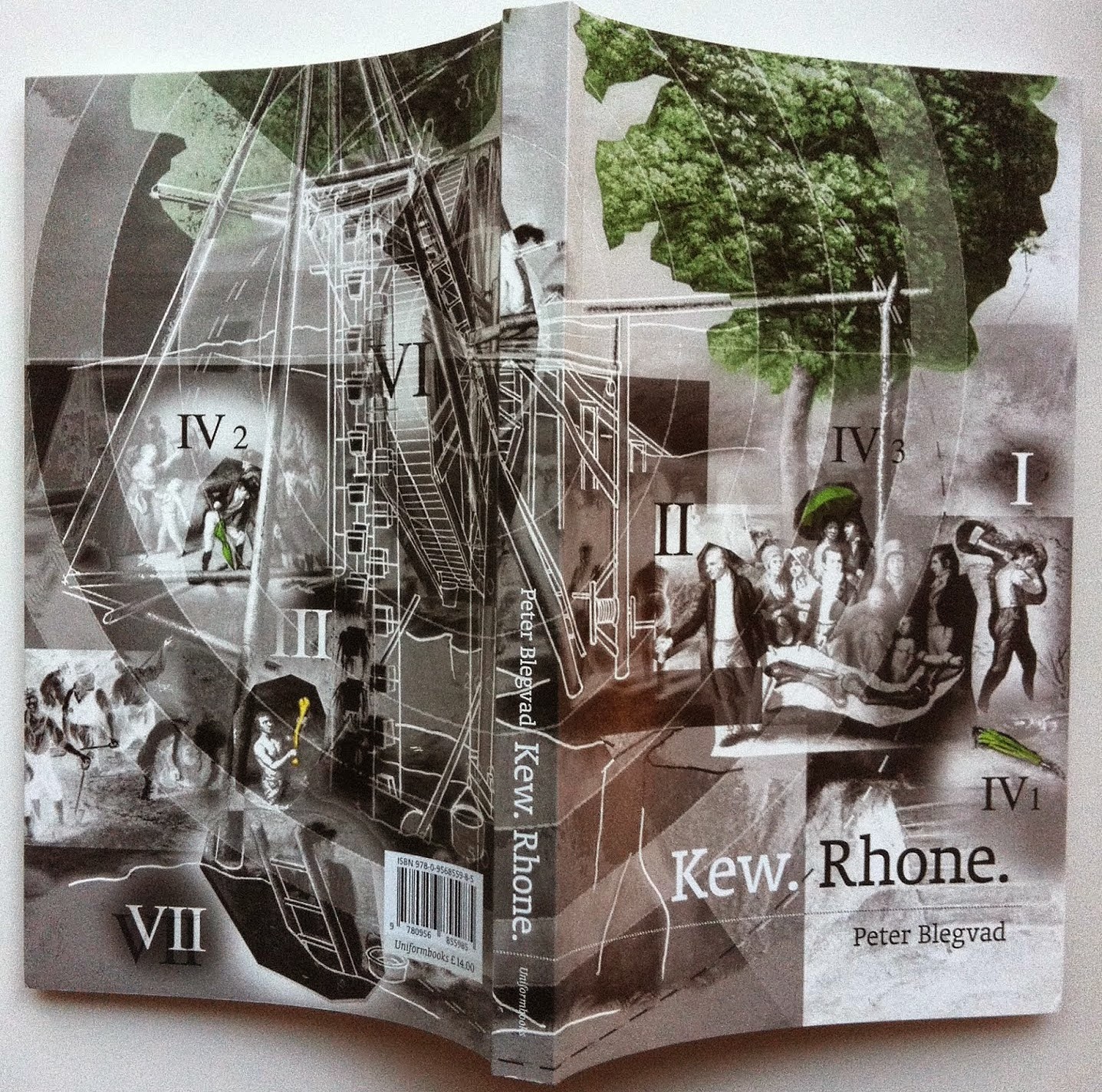 First released in 1977, Kew. Rhone. is an album with lyrics about unlikely subjects and unlikelier objects, lyrics which refer to diagrams or function as footnotes, or are based on anagrams and palindromes.
Kew. Rhone. would never trouble the charts, it aspired to higher things, and yet, re-released in various formats over the decades, curiosity about this categorically elusive work has grown. Now its authors and some of its connoisseurs have broken silence to discuss the record and to reflect upon the times in which it and they themselves were forged. 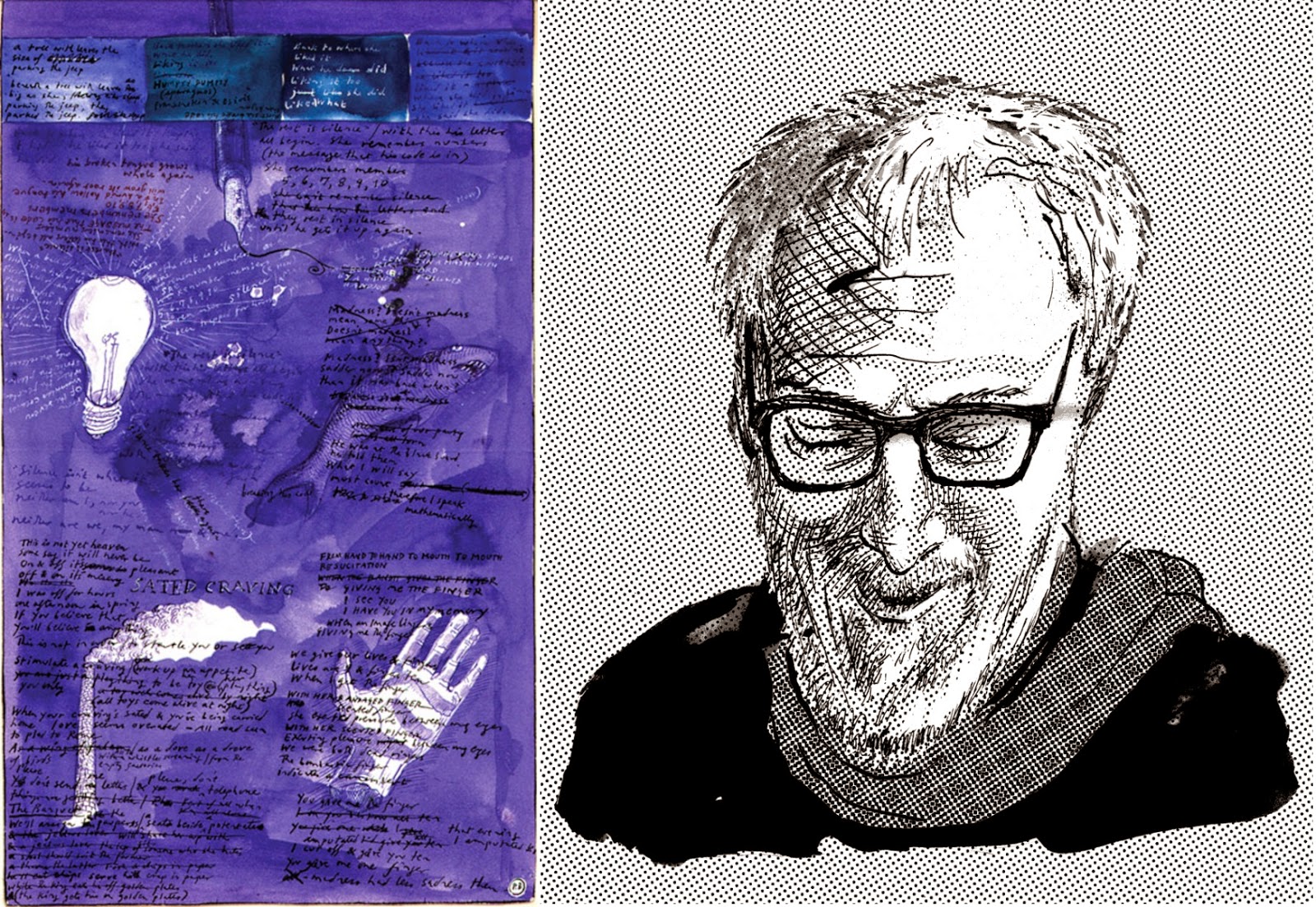