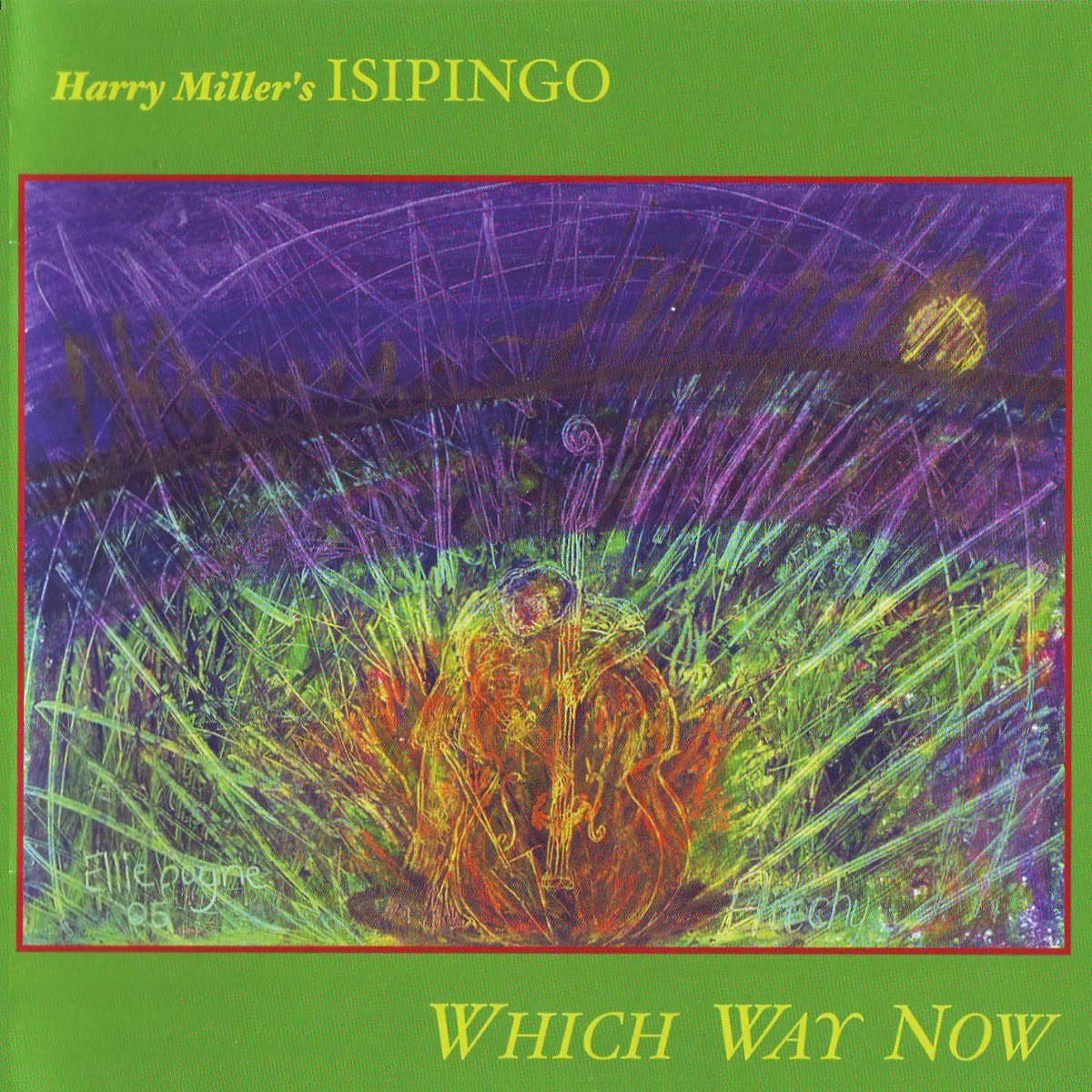 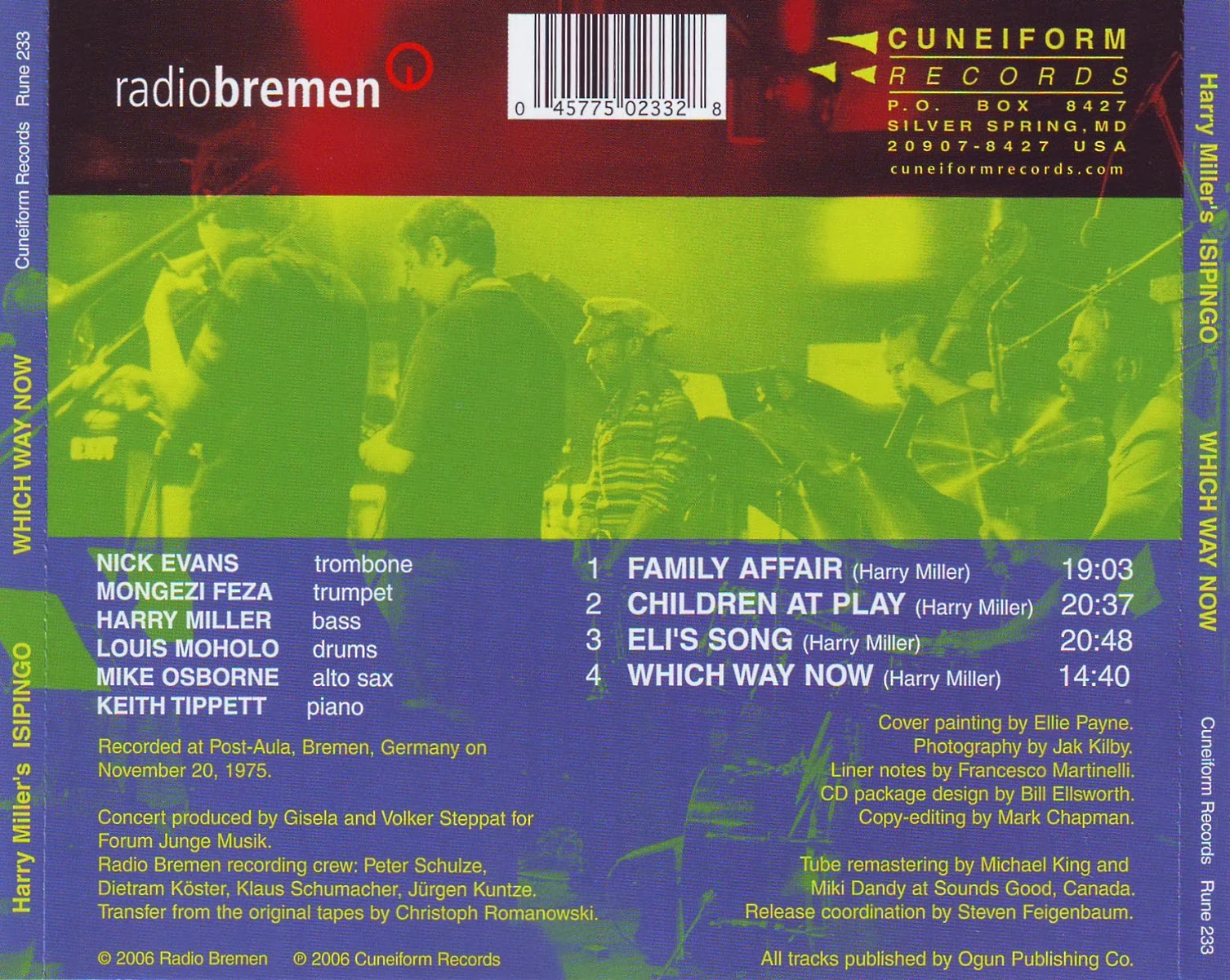 Which Way Now features over 70 minutes of music from a beautifully recorded radio concert from November 20, 1975; it sounds as if you are in the room right with the band!
Since Isipingo only released one album during their lifetime, this release dramatically extends their legacy and like Cuneiform's important and historical work with the Brotherhood of Breath, brings this important, hugely enjoyable, nearly-forgotten music to a new audience. 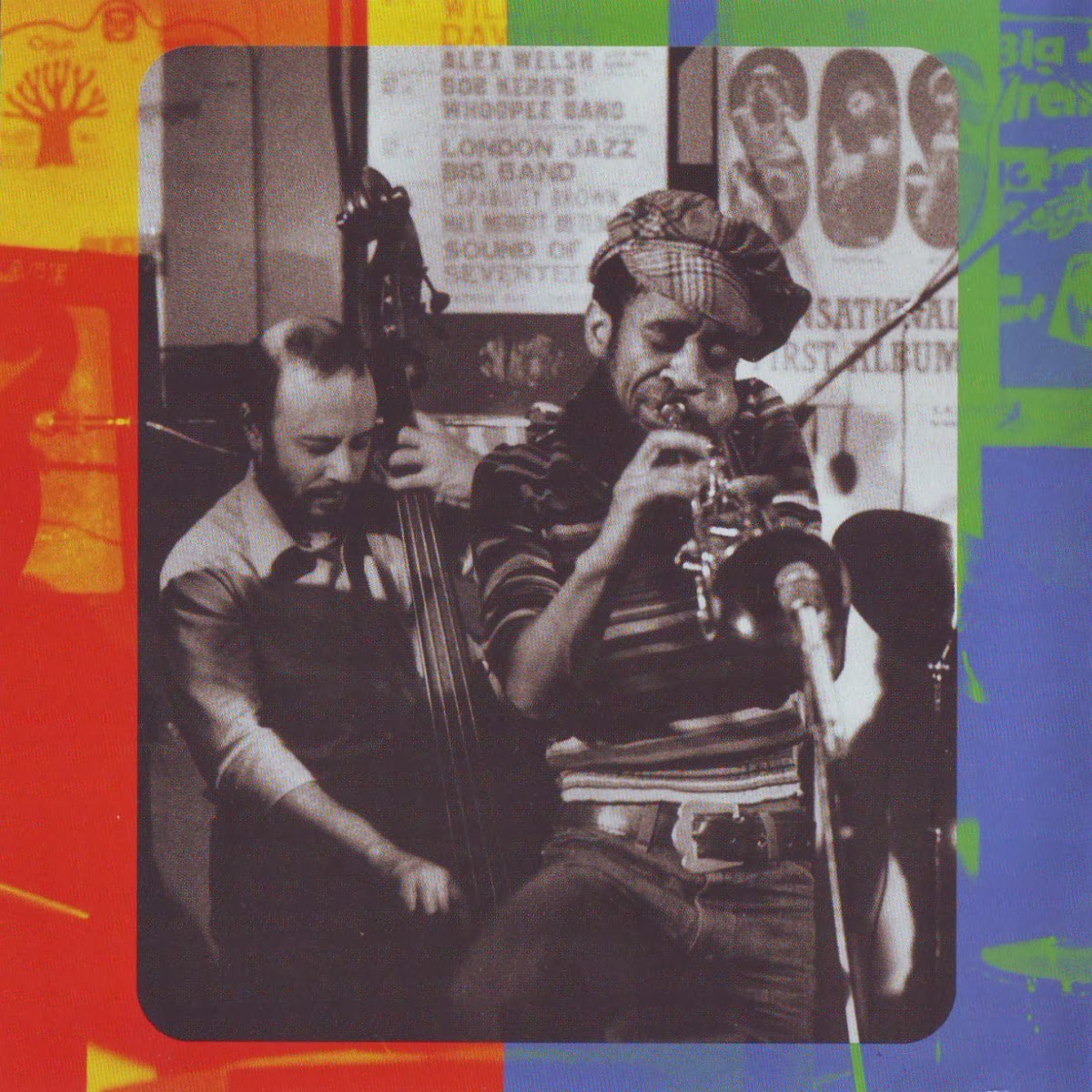 The remarkably large and intersecting jazz and progressive rock community of late-'60s and early-'70s England is enough to give any discographer nightmares. But within that group a few key players came together more often than most, including a contingent which had escaped South Africa's apartheid. Harry Miller was one such artist, an in-demand bassist who appeared on albums by King Crimson, saxophonist Elton Dean's Ninesence and pianist Chris McGregor's Brotherhood of Breath. Miller is underrepresented as a leader, so Which Way Now is a particularly welcome rescued archival live recording, highlighting Miller's considerable skills as composer and bandleader.

Recorded for Radio Bremen in 1975, Which Way Now features Miller's Isipingo sextet. It's a refreshingly vibrant acoustic jazz album, recorded at a time when most of his peers were pursuing the carrot of fusion. Combining traces of his African roots with a more open-ended improvisational aesthetic, it also strongly reflects the influence of jazz icon John Coltrane. Four extended pieces ranging from 15 to 21 minutes show Miller's ability to provide maximum freedom and avoid compromise. Pervasive rhythms that only occasionally dissolve into total freedom also keep them completely accessible.

The performance was recorded less than a month before another South African ex-pat, trumpeter Mongezi Feza, passed away in December, 1975 at only 30. A sharp-toned player who left a small but fine body of work, Feza is perhaps best known for his work on singer/songwriter Robert Wyatt's early records. Here he's at his best on the mid-tempo, modal "Eli's Song, where his own sense of construction combines with a certain abandon. He's matched by Mike Osborne, who may be an altoist, but is clearly informed by Coltrane's assertive stance.

The spirit of Coltrane may loom over this session, but the presence of pianist Keith Tippett takes it to a different place entirely. The best-known and certainly the most prolific player of the bunch, Tippett has always leaned towards more complete freedom. Here he isn't exactly reined in, but he remains within a sphere of smaller diameter, creating an outré space underneath the soloists that, oddly enough, meshes perfectly with Miller and South African drummer Louis Moholo's insistent pulse.

Trombonist Nick Evans' solo on the fiery title track interacts boldly with Tippett's sparse accompaniment, manifesting the kind of chemistry that's honed from years of working together. This shared chemistry amongst the entire sextet is, in fact, what makes Which Way Now so exciting from beginning to end. Whether acting as a tag-team rhythm section partner with Moholo and Tippett or delivering provocative solos, Miller clearly had the makings of a musical giant—which makes it all the more sad then that, like Feza, Miller's life was cut short prematurely in 1983 at the age of 42. Still, Which Way Now is a welcome reminder of just how vibrant the UK improvising scene was—and continues to be.