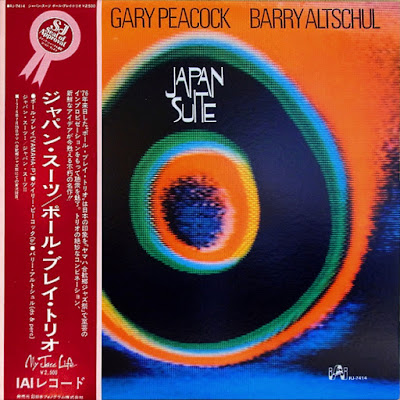 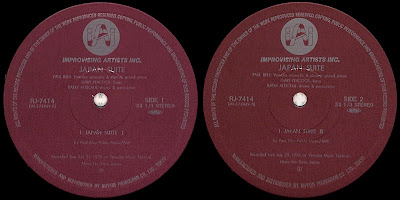 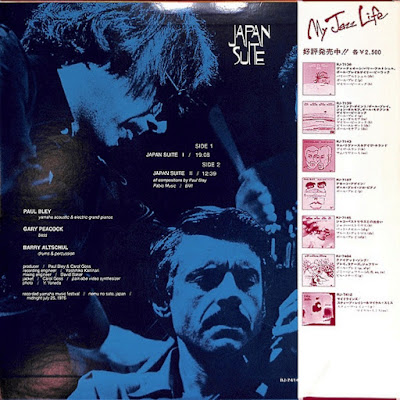 Note:
Japan Suite is a continuous piece of music, but on LP the order of the two parts was reversed: "Japan Suite I" in fact is the second part, following "Japan Suite II" which is first part.
I have prepared a correct sequence of listening and tags tracks.

Due to a long delay which resulted in this concert starting very late, the Japanese audience was in an obviously surly mood. Paul Bley (on piano and electric keyboards), bassist Gary Peacock and drummer Barry Altschul reacted by playing with as much intensity as possible, gradually winning over the crowd. This 33-minute continuous performance is certainly more fiery than many of the other recordings by the trio and has its beautiful colorful moments. 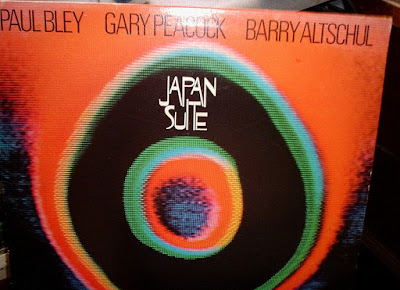 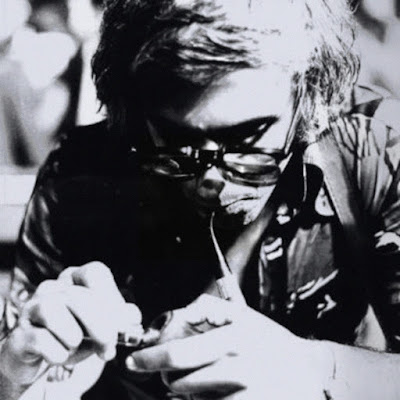 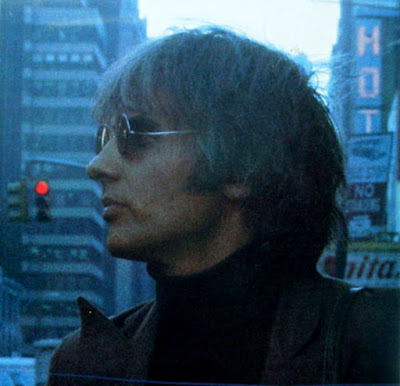 JAPAN SUITE is essentially one long piece that had divided to fit onto two sides of a long-playing record.

While not as richly recorded as many of his other works, it captures one of Paul Bley's more telepathic trios. Bley, bassist Gary Peacock, and drummer Barry Altschul have a shared history, in various combinations, and all trace roots back to the same late-'50s influences.

Austere, yet highly emotive, this piece is like viewing a continuous landscape through a train window crossing the Japanese countryside. Not only is this a fine example of Bley's open-ended trio music, it's also an important work within the genre of free jazz.