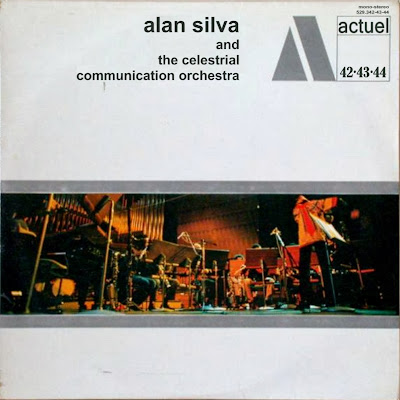 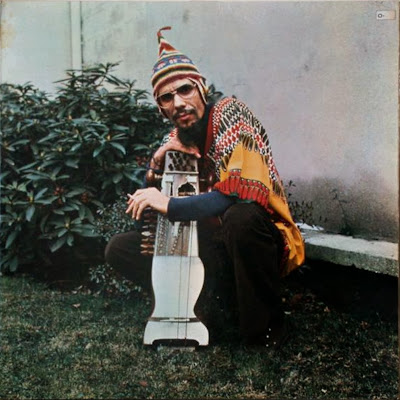 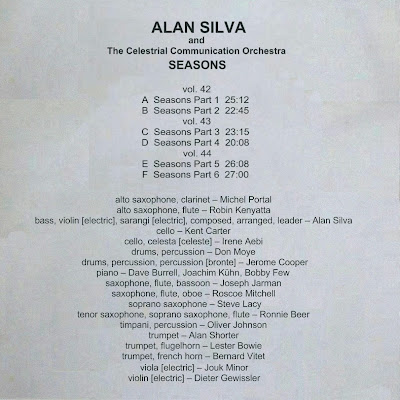 Recorded live (three-LP set) at Studio 104/Maison De L'O.R.T.F., Paris, France on December 29, 1970, remarkable gargantuan effort by bassist and composer Alan Silva, for which the term "masterpiece" is not too far a stretch.
This is a magnificent, rambling, chaotic, lavish, and often meandering spectacle that should be heard in one sitting to be completely appreciated. It is a spectacular presentation, with snippets of melodies (or more precisely, riffs) interspersed among the soloists, who include Silva, Steve Lacy, Lester Bowie, Joseph Jarman, Roscoe Mitchell, Robin Kenyatta, Michel Portal, and Joachim Kühn, to cite the more recognizable names. The results are absolutely thrilling, if not always inspiring, and there are many high points. While individual improvisers are difficult to identify, the level of improvisation remains consistently at the highest levels. It is wild and free, and the listener receptive to free improvisation is likely to be held in rapturous attention. Destined to be a classic of its genre, Seasons offers a full-scale radical bombardment from many perspectives, resulting in a smorgasbord of delights. While listening to so much at once is a challenge, the patient listener willing to put in the effort should be fulfilled and rewarded amply.