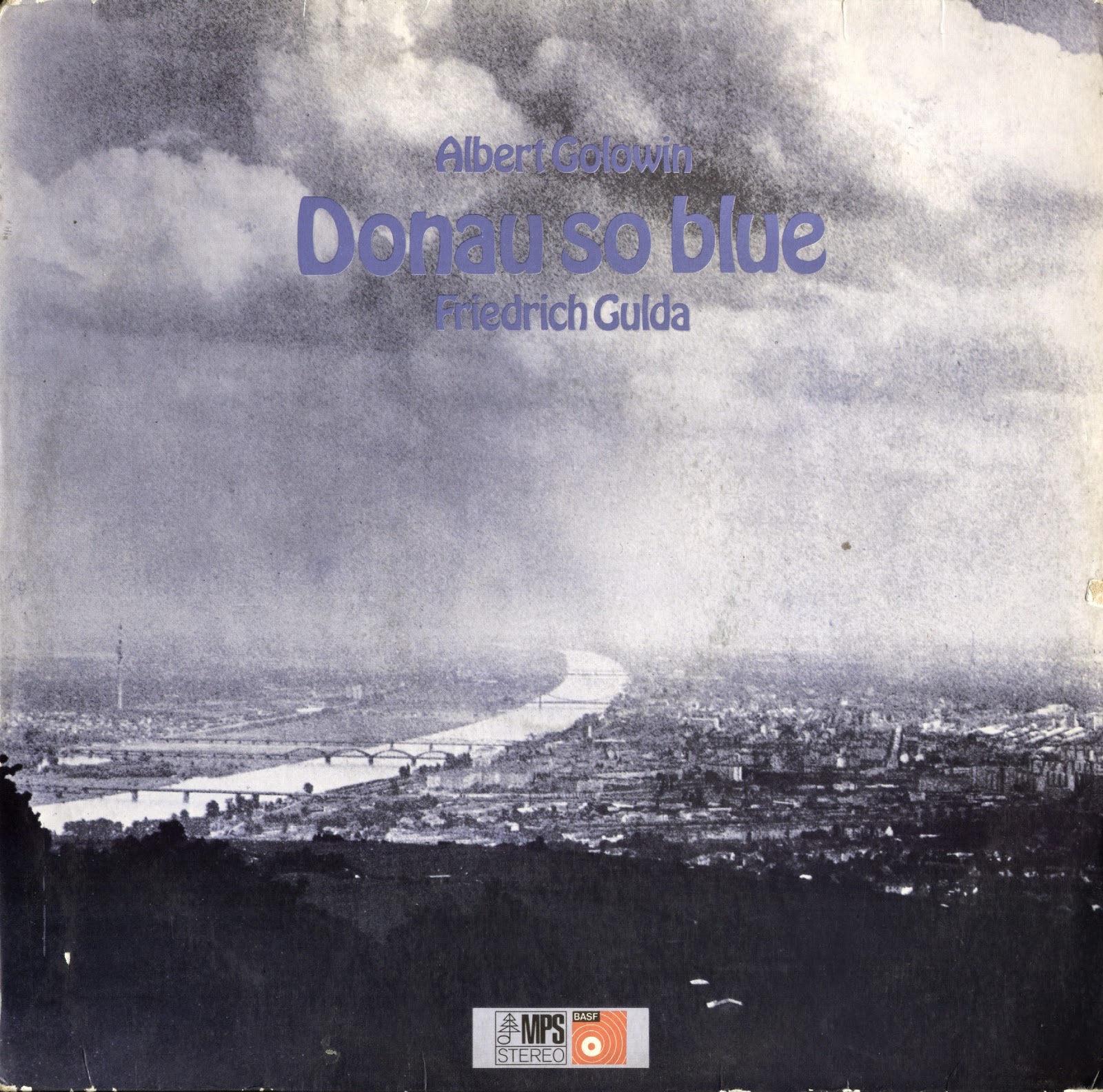 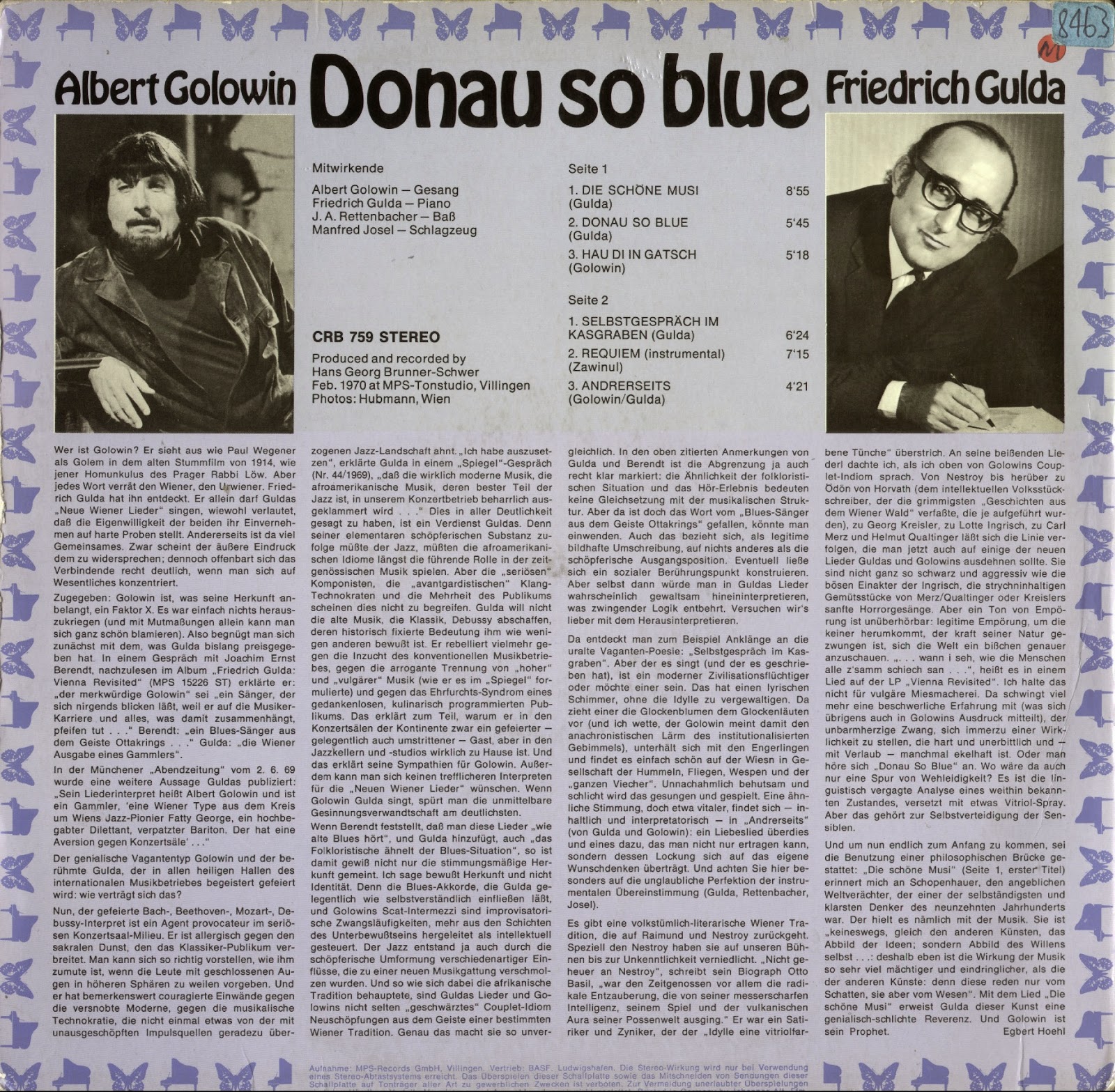 "Music is like a large tree that has different branches, but they all grow out of the same tribe." _ Gulda

Albert Golovin; pseudonym for vocal performances by the pianist and composer Friedrich Gulda

Friedrich Gulda can not assign a certain style of music is , he never wanted to leave to cram in a Spate . His styles range from classical to jazz to rock and techno. But with his " musical Changes" he had never given a direction entirely . Even as he turned to jazz , he let lose from the classic little direction . In classical piano music, he was of the opinion that Mozart is the greatest musician who has ever lived , and it is very difficult to interpret it , although they are of medium to slight difficulty. He was himself, and above all Mozart interpreters to be very critical , and said, " you can not just down to play that way." In his childhood he often said : " First I want to learn to play Beethoven, Bach and then finally the master of all masters Mozart. " Gulda also is not without reason as the best interpreter of Beethoven, Mozart and Bach. He did not have many as a model , except Alfred Cortot he mentioned often with positive reviews and is even traveled after him Classical pianist. Cortot was a Franco -Swiss pianist , who had lived in Paris. He was a very good teacher and played in concerts as it had occurred to him . He did not play clichéd what Friedrich Gulda was very impressed . In the jazz world, he of course had several role models , especially at the beginning of his jazz - time . Most of all he mentioned the trumpeter Miles Davis, but he also learned much from Chick Corea, Joe Zawinul , Herbie Hancock , etc. Most likely , you can assign him nor the "Free Music " , in which the randomness is considered as a principle. The only rule is to recognize no rules . Therefore it has to be very intrigued totally free to improvise because of his jazz experience . Free music is something not -composed , so nothing you can hold in grades, she has no rhythm, harmony , melody or shape. He thinks the transmission of free music is on the medium of the record or the tape only as a suggestion for the people allowed and they can not therefore re-enact the same style. The message of the music is free , do not go into a store and buying records , but even to make music , and is in contrast to today's consumerist and commercialized world . However, by turning to outdoor music there was great financial losses at Friedrich Gulda and his classic work had restricted itself . At the end of his life career to be playing the piano had drastically reduced because he was of the opinion , for this kind of music , the piano is not very suitable. Later also strengthened its Gulda Jazz music activity with singing. Under the pseudonym Albert Golovin he sang of love, death and loneliness in the Viennese dialect. Gulda had a technique like no one else , he did not need to concentrate on playing games. He could afford to listen to the games themselves . He was his best audience , his own biggest fan , but also his own harshest critic .

In front of you is another intriguing album by Friedrich Gulda, who has prepared Ricardo.
Thanks.