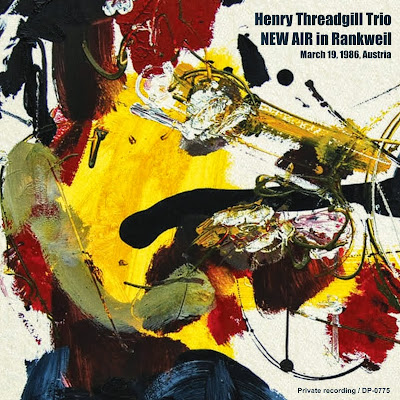 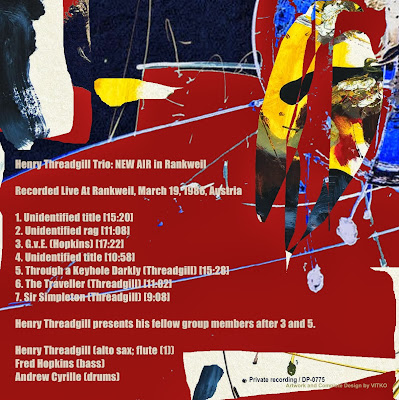 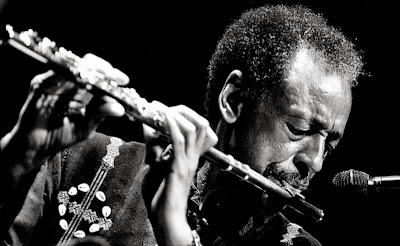 New drummer Andrew Cyrille brought a fresh approach and crackling edge to the trio Air on this 1986 live date, recorded at the Rankweil, Austria.

From Air via New Air to Flute Force Four, Threadgill growing in confidence as a composer. By the time of the later disc by Threadgill’s Very Very Circus ensemble his capability as an organiser of human resources in the pursuit of a steely personal vision is fully formed. Everything that has come since is a refinement of that very personal means of expression. Where Air is an extension of Threadgill’s involvement with AACM (Association for the Advancement of Creative Musicians).

„NEW AIR in Rankweil “ represent the complete recorded legacy of New Air, a trio in which Andrew Cyrille took over from Pheeroan akLaff on the Air drum stool. It’s interesting how much more direct the music becomes, and it’s not clear whether that’s down to Cyrille, or Threadgill assuming for the first time the role of band leader and sole composer.

This is certainly one of the more interesting Threadgill performances in Europe with the new setting Air.
Enjoy.

Links in Comments!
Posted by Vitko at 1:41 PM