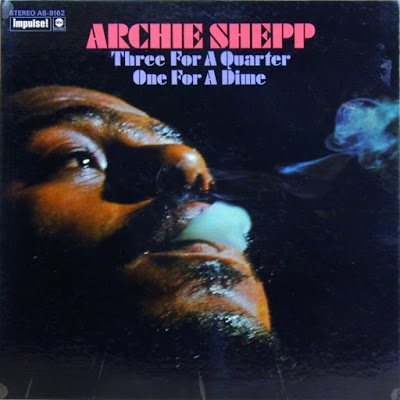 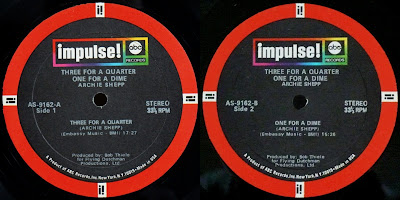 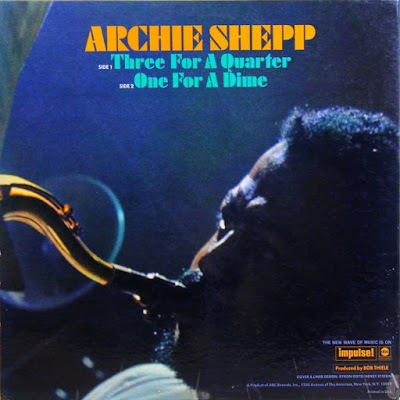 Shepp and his regular quintet of 1966, which also includes trombonist Roswell Rudd, drummer Beaver Harris, and bassists Donald Garrett and Lewis Worrell, really stretch out on this live blowout, there is some solo space for his sidemen, but Shepp dominates the performance, and his emotional style and endurance are in peak form. Intense and rewarding music. 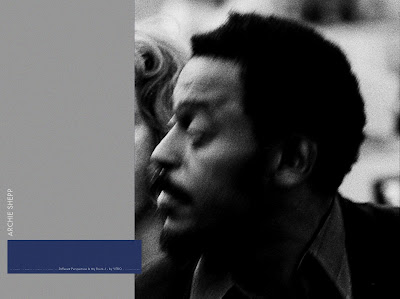 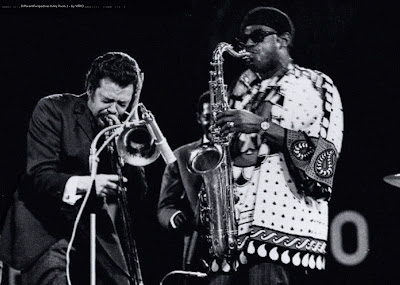 Although “Three for a Quarter One for a Dime” was not released until 1969, it was actually recorded in 1966 at the same show that made up the album “Live in San Francisco”.  Only available in the original vinyl format, the 33 minute piece is divided into 17 ½ minutes on side one, and 15 ½ on side two. “This LP is in  the massive gatefold packaging generously supplied by the Impulse! label is a work of art in itself.

Almost any musical genre seems to enjoy its best years when that style is being invented. The excitement of discovery seems to push a musician’s physical limits beyond their usual capabilities. You can hear this in late 20s jazz and early 40s be-bop, and you can also hear it in the ‘free jazz’ of the 60s. Despite all the attention given to Coltrane and Ornette during this freedom era, quite possibly Archie Shepp, along with Albert Alyer and John Gilmore, were the ones who took the emotional frenzy of this music to its highest level, and “Three for a Quarter” provides an excellent example of Shepp doing just that. 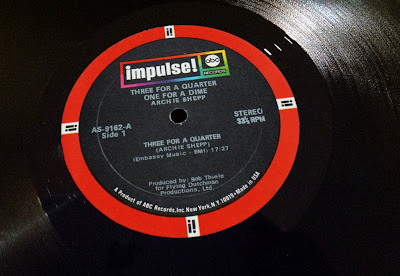 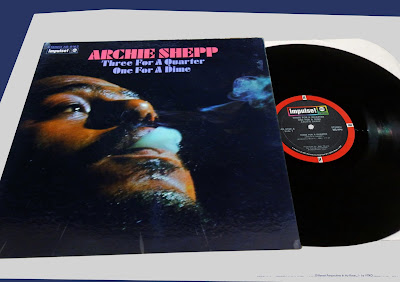 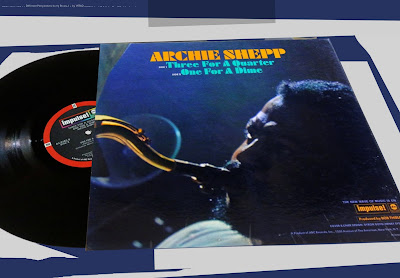 This album opens with Shepp and tromobonist Roswell Rudd leap-frogging an odd melody that’s part bop, part circus music and completely ‘out to lunch’, there is no doubt that we are in for a wild ride. As the band digs in, Rudd and Shepp do some quick exchanges before Rudd backs off and gives Shepp the floor. Archie responds with one of the most intense sax solos you will ever hear anywhere, no shrieks or screams, just an endless assault of notes played with a very gnarly expressive guttural sound. Towards the end of side one, Rudd re-enters and the two soloists raise a wonderful chaos that sounds much bigger than just two. On side two, Rudd takes a solo ride while Shepp backs him on the piano before picking up his horn for one more double solo to close things out. Throughout the precedings, Beaver Harris keeps up a steady roar on the trap set while the two bassists rumble around in the background, although not always particularly distinctively.

Archie Shepp is a restless spirit who has played many styles of music in his career, “Three for a Quarter One for a Dime” is an excellent example of how much furious energy he brought to the ‘new thing’ of the sixties before he moved on to other things.