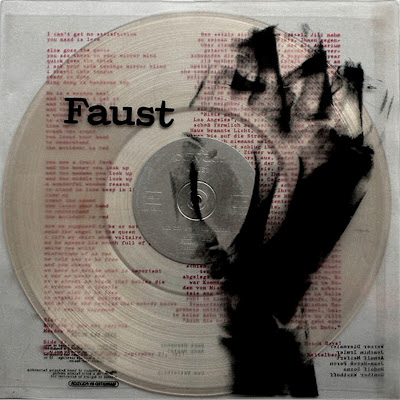 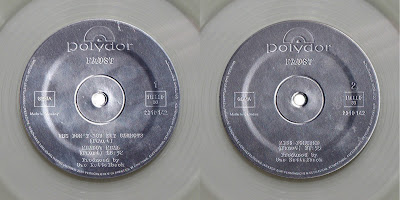 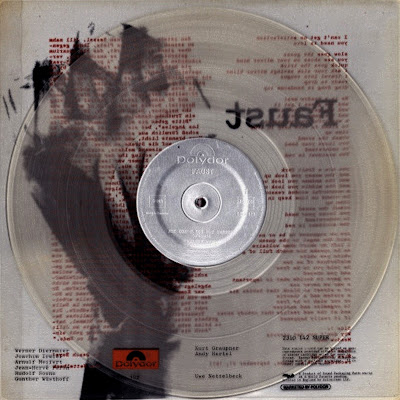 "Faust" is the debut full-length studio album by German Krautrock/psychadelic/avant garde rock act Faust. The album was released through Polydor Records in late 1971. The members of Faust were brought together by leftist-journalist Uwe Nettelbeck (who alledgedly was also associated with the infamous Baader-Meinhof movement), who had been asked by Polydor Records to find a German band, who could rival some of the contemporary commercially successful British artists (needless to say they were not impressed by the outcome). The label provided the band and Uwe Nettelbeck (who acted as producer on the recording project) with enough money and time, for the band to spend most of 1971 writing and recording the album.

Faust's first album is one of the most psychedelic and experimental albums ever released, the sounds this band creates are not of this world! Faust sufficiently blends groundbreaking electronic effects and 60's psychedelia into one insane combination. The album packaging was just as weird as the music, the vinyl being clear and a sleeve with an x-ray hand on it. Many bands were experimenting with electronic sounds at the time, but Faust took it farther than anyone else, elevating the traditional psych/hippie-folk song to insane new levels. 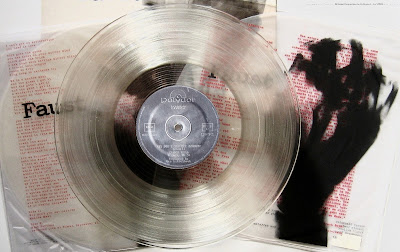 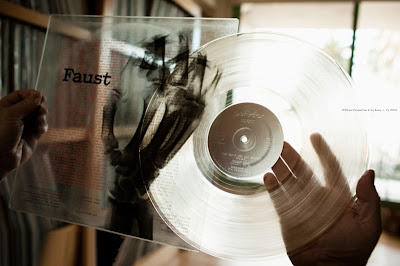 As an album "Faust" usually has the reputation that it´s a very difficult and avant garde listening experience, and while that is certainly true to some extent, the sometimes crazy sounding experiments actually work well together and the music isn´t completely devoid of hooks either. The album for instance features several great psychadelic rock parts and to make a comparison I don´t find the music on this album much more inaccessible than the most experimental output by 60s Frank Zappa & The Mothers of Invention.

In addition to the more "regular" rock parts on the album, the music on "Faust" features lots of studio tricks like tape manipulations and experiments with electronic devices. The vocals on the album which are in English are rather unique. Sometimes almost chanting and other times reciting the lyrics. It sounds like complete madness at times but it´s ultimately very charming, only features 3 tracks: "Why don't you eat carrots", "Meadow Meal" and "Miss Fortune". The two former were featured on side 1 of the original LP and the latter was featured on side 2. The album is very short with it´s 31:24 minutes playing time but with music as extreme as this I think it´s a suitable length.

The sound production is hands down fantastic. All those sounds collages and tape tricks must have been a real challenge handling in the studio and keeping in mind that the album was recorded in 3 days, there is a time pressure factor here too that makes it an even more incredible achivement. The spontaneity and laid back approach to the recording process that these musicians had could have resulted in a terribly bad and sloppy end product, but as Faust were incredibly talented musicians, they could pull something as bold as this off with conviction. They also fully understood that avant garde rock has to have some degree of accessibility and some memorable parts to be entertaining to the listener and therefore this weird experiment works wonders. 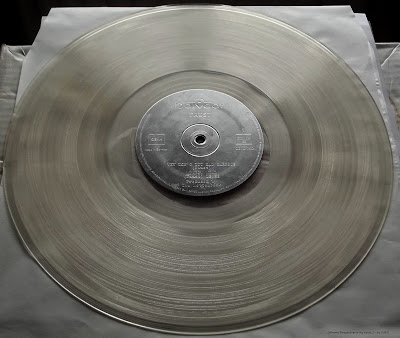 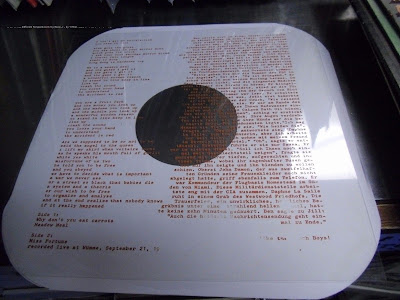 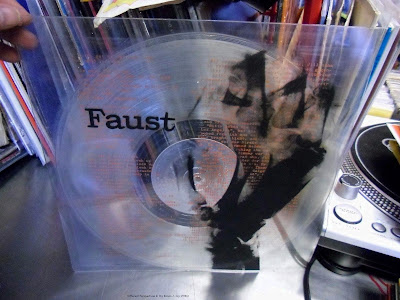 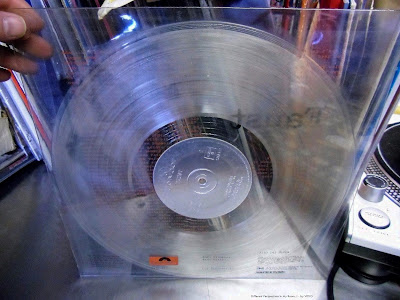 Faust is arguably. arguably?. evidently and unabashedly!!. the most extravagant and multicolored band in the krautrock movement. But after the initial hesitation, cannot but admit publicly that their best recordings are essential in any good prog collection. This is, precisely, the case of their amazing debut album, which serves, most of all, as a manifesto of distorted hard rock, uncompromising psychedelia, radical pastiche, Dadaist humor and electronic avant-garde in a very cohesive progressive amalgam. The fact is that this musical offering preserves its inner myriad of sonic contrasts in a unitary whole. While not having the finesse of Can's musicians nor portraying the raw energy of ART or Guru Guru, the truth is that Sosna, Irmler, Wüsthoff, Peron & Diermaier together make up a very tight ensemble. Each one of the three pieces in the album's repertoire comprises an open field for diversity - two of them are 8+ minute long and the other, 16+. 'Why Don't You Eat Carrots?' starts with brutal slide guitar layers upon which samplers of The Rolling Stones' 'satisfaction' and The Beatles' 'All You Need is Love' appear; then, a semi- chamber grand piano section is accompanied by the sound of an angry man giving orders in an almost sick crazy way - go figure! The two main motifs that follow combine the dexterity of jazz-rock and the peculiar joy of circus fanfare, both of them seasoned by Zappaesque vocalizations and more slide guitar effects. I don't know how they managed to do it, but they did: this is an opus of musical aggression that bears no sign nor clear evidence of sheer aggressiveness. 'Meadow Meal' has two distinct parts: the first one is pure late 60s-early 70s psychedelia; the second one consists of eerie dual organ layers surrounded by the sound of rain. 'Miss Fortune' is the suite that fills the B- side of the vinyl edition, and it pretty much reiterates the band's penchant for complex psychedelic rock and unpredictable nonsense as exhibited in the previous two tracks. A specific note regarding this track: the acoustic guitar based coda bears a buoclic beuaty in its simplicity, but it is preveneted from becoming "romantic" by the presence of a double voiced soliloquy. If you're a listener whose aesthetic feel is in tune with Faust's demanding musical ideology, then this is a record that you will surely enjoy and may even find essential (as I personally do).