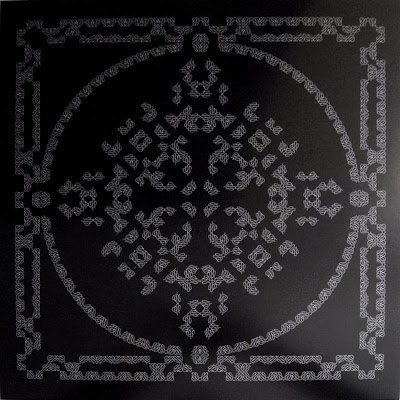 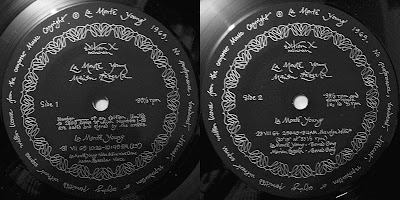 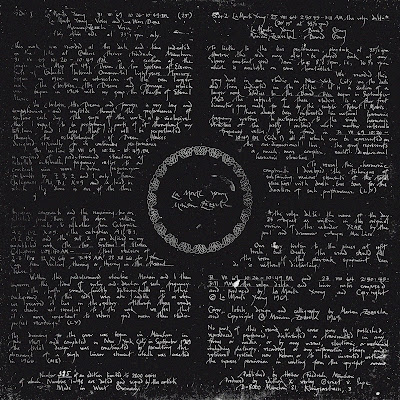 Eponymous untitled album popularly known as "The Black Record" or "The Black Album"
The cover is black gloss print on matt black and very hard to read.
Numbered edition limited to 2800 copies of which numbers 1-98 are dated and signed by the artists.
Side A: This work was recorded at the date and time indicated in the title, at Galerie Heiner Friedrich, München 31 VII 69 10:26-10:49 PM - is a section of the longer work: Map Of 49's Dream The Two Systems Of Eleven Sets Of Galactic Intervals Ornamental Lightyears Tracery. Play this side at 33 1/3 rpm only.
Side B: We recorded this gong duet in our studio in New York City on the date and time indicated in the title. It is a section of a larger work: Studies In The Bowed Disc begun in September 1968. To listen to the live performance, playback at 33 1/3 rpm. However, this side may be played back at any slower constant speed down to 8 1/3 rpm, i.e., 16 2/3 rpm which is available on some turntables. 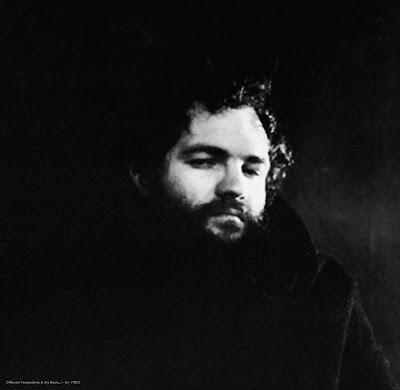 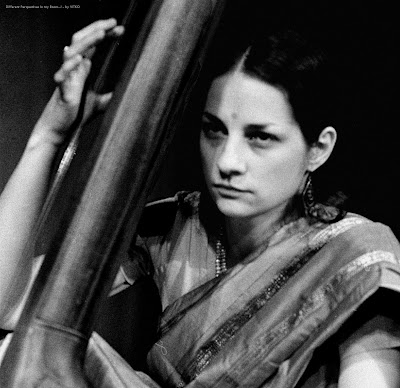 La Monte Young is one of the founding members of the genre of musick called Minimalism (a term which he despises). He is one of the greatest innovators of 20th century composition. His influence is everywhere in the world of modern musick. Unfortunately he is for the most part unheard & unknown outside a small circle of musickians & musick lovers.

Young & Zazeela recorded their first full length album in Munich for Heiner Friedrich's Edition X label, released as a limited edition. Side one is a section of “Map of 49's Dream”, performed by Young with sinewave drone & voice, with vocal accompaniment by Zazeela. Side two is an extract from “Study for the Bowed Disc” featuring the duo bowing a gong given to them by sculptor Robert Morris. Morris had made it for his dance piece “War” & asked Young to play it for the performance. Afterwards Morris presented the gong to Young, who began experimenting on it with double bass bows. Young recommended the listener turn the musick up (PLAY FUCKING LOUD), the resulting low drone being a spiritual tool. For the album artwork, Marian Zazeela embedded her calligraphic lettering & designs in black. The point is to focus on her artwork while concentrating on the vocal/sinewave drones of Young's dream music. 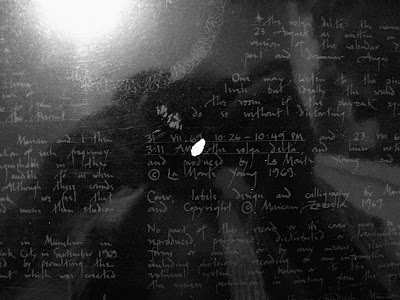 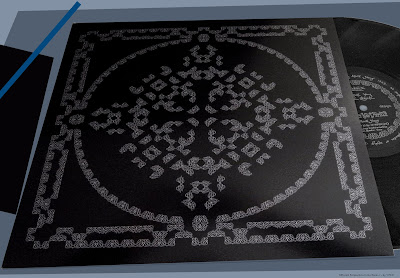 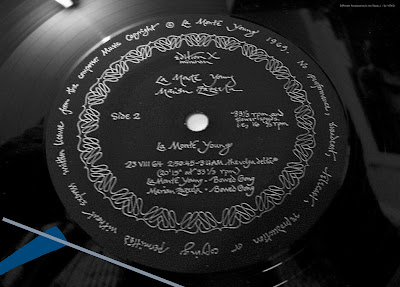 Marian Zazeela (she was born 1940) and La Monte Young (born 1935) are an artist couple from the United States who live and work together since 1962 and have ever since taken part in a multitude of projects too numerous to mention. It is far more than music both create as their repertoire also features installation art and paintings. But since our main focus is the music, we concentrate on their just reissued album named 'The Black Record' from 1969 with two lengthy minimal drones that create the ultimate mind expanding atmosphere by hypnotizing the listener and putting him into a state of physical and spiritual trance afterwards. We hear several layers of voices on a deep dark drone as the first track and I could imagine that this drone is in fact the echo of Mrs. Zazeela's chanting voice but it might also be a harmonium or an organ. It sounds too natural and warm for a synthesizer. Whatever it is, it works as a solid base for the wordless chants of both artists. This piece is in fact a selection from a much longer soundscape recorded in an art gallery in Munich in 1969. The minimalistic structure and meandering voice melodies generate a hypnotic and utterly spiritual atmosphere just as if you would witness an Indian meditation ritual. Turn the vinyl around and you will be swallowed by a black hole of sounds. This piece has been recorded in 1968 in the home studio of Young and Zazeela and it predates the cosmic music and proto industrial sounds of early TANGERINE DREAM or CLUSTER by a few years. This album is certainly made for a small audience of people who can put themselves in a state where leaving the body for a spiritual journey is only the next step. Both pieces are far from regular popular music but that makes them even more captivating and intriguing. A challenge for each listener in case he's not used to TANGERINE DREAM's 'Zeit' album yet. Who dares to join us on this strange trip?