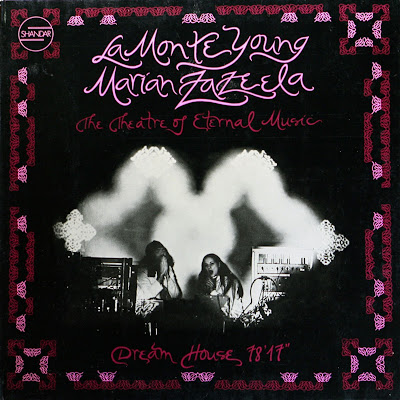 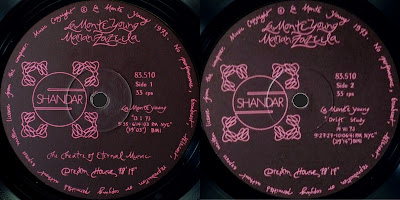 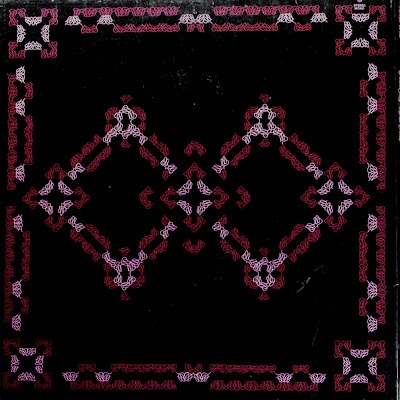 Side A - 13 I 73 5:35 - 6:14:03 PM NYC is a sub-section of Map Of 49's Dream The Two Systems Of Eleven Sets Of Galactic Intervals Ornamental Lightyears Tracery, begun in 1966 as a section of the even longer work: The Tortoise, His Dreams And Journeys which was begun in 1964 with The Theatre Of Eternal Music. Performed 17 January 1973 at La Monte Young's private studio.
Side B - Drift Study 14 VII 73 9:27:27 - 10:06:41 PM NYC Three sine waves. Frequencies and voltages of the sine waves determined and tuned by La Monte Young using oscillators custom designed by Rober Adler to generate specific frequencies and voltages of great stability. Performed 14 July 1973 at La Monte Young's private studio.

Sleeve Notes:
“Frequencies and voltages of the sine waves generators were determined and tuned by La Monte Young using oscillators custom-designed by sound technician Robert Adler to generate specific frequencies and voltages of great stability. The sine waves produced are such that they interfere with each other, creating changes of volume both in time and space that can be experienced either walking within the room or staying put. If one chooses to walk, he will change the sound experience of other people in the room by moving the molecules of air.” 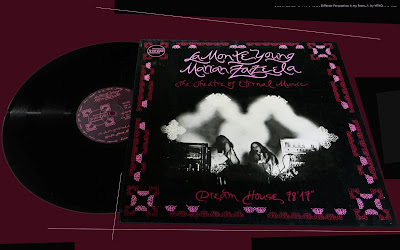 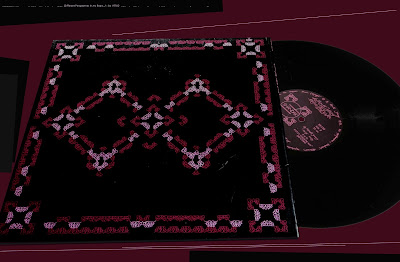 Dream House 78’17” was originally released by Shandar in 1974. I touch on the label’s history in my piece on Steve Reich’s Four Organs / Phase Patterns. Of all the releases in the label’s catalog, Young’s is the most sought after. It contains two single-sided works. 13 I 73 5:35 – 6:14:03 PM NYC is a sub-section of Map Of 49’s Dream The Two Systems Of Eleven Sets Of Galactic Intervals Ornamental Lightyears Tracery, which extended from the iconic The Tortoise, His Dreams And Journeys. The recording features a later incarnation of The Theatre Of Eternal Music, with Garrett List on trombone, Jon Hassell on trumpet, Marian Zazeela singing, and La Monte Young singing and playing electronics. It’s pretty mind bending – with Young and Zazeela’s vocals droning away over the sustained electronics and horns. The tonal relationships between the five elements are hypnotic and totally engrossing. One of the first things you’ll notice about the piece is that it stretches a shocking 39:03 – almost double the standard length of an LP side  – but, they are managed the impossible.

The second side finds the third issue of Young’s Drift Study – in this case 14 VII 73 9:27:27 – 10:06:41 PM NYC. Two shorter versions were released during the late 60’s in Aspen, and S.M.S. This is its definite rendering – stretching to 39:14. Drift Study is built from three sine waves which are precision tuned and run through oscillators. If you’ve ever been to the Dream House in NY, this is the same technology (though in the record features a higher frequency). It can be incredibly dislocating. My first few hours in the space (of countless hundreds) were spent trying to work out how the sounds were fluctuating and changing. It messed me up. It’s the closest auditory equivalent to Brion Gysin’s hallucination-inducing Dream Machine. The tonal shifts are created by altering your physical proximity to the waves – thus where in their path or reflection you encounter them. I’ve spent untold hours moving around the Dream House like a turtle, trying to grasp its totality. The recording goes a long way to recreate this experience at home, making Dream House 78’17”.
(Review by Bradford Bailey)

Note:
Though I’ve seen reissue of La Monte Young, Marian Zazeela & The Theatre Of Eternal Music’s – Dream House 78’17“, I didn’t hold my breath. Every fan of Young knows of his refusal to grant his blessings for reissues, and of the scarcity (and extremely high price) of originals. Aguirre Records, the label responsible for its return, somehow obtained the record’s license – though I’d be surprised if La Monte gave his permission, making it a curious ethical line.  Since the label did their due diligence, and it’s hard to know what La Monte’s thoughts are (not to mention the fact that he can be a pain in the ass), I’m letting my excitement get the better of me, and giving this one a plug.