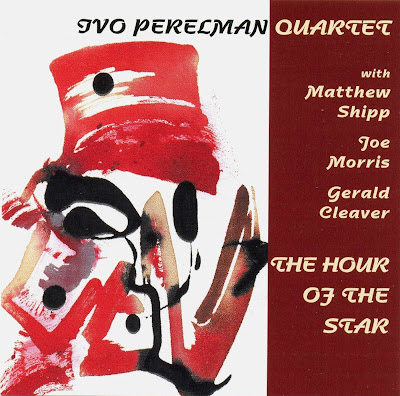 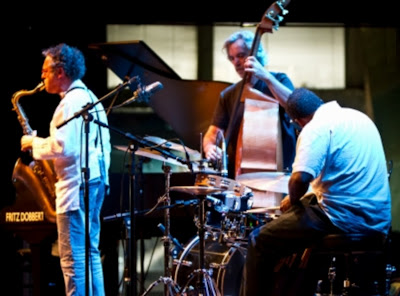 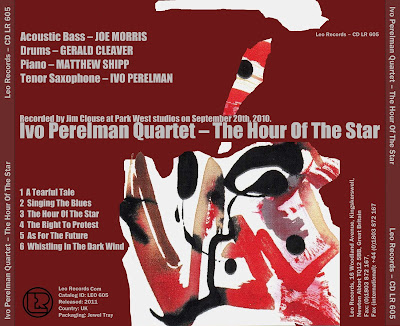 "The hour of the Star" by the newly formed all-star Ivo Perelman quartet is a fierce tour-de- force that will leave improv music fans breathless. The mesmerizing interaction between Ivo Perelman (saxophone), Matthew Shipp (piano), Joe Morris (bass) and Gerald Cleaver (drums) proves that intensity and attention to detail can coexist when delivered as a cohesive artistic statement. A band bound for greatness!
_ Leo Records 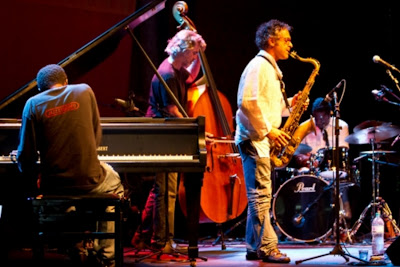 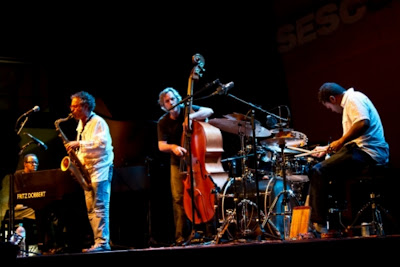 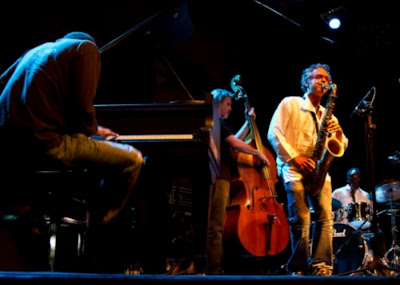 "A Hora da Estrela" [The Hour of the Star] is the last work by Clarice Lispector, released shortly before his death in 1977. Hour of the Star is the latest album by Ivo Perelman, released by the English label Leo Records, in 2011. After 34 years, the tireless New- York based Brazilian saxophonist and artist revisits the theme accompanied by some of the most creative and active musicians in the current "free- jazz"/improvised music scene. His recent albums have been named after works by Clarice Lispector (Soulstorm, Apple in The Dark, etc.), which seems to have become an obsession for Perelman, translating the essence of Lispector's confusing, distressing, melancholic and, to some extent, liberating character into his music.

Hour of the Star was recorded just one week before the quartet's live debut in São Paulo, in September 2010. This was the first time the four musicians had played together. They had recorded and played as trios and duos, but never as a quartet. I had the chance to see them perform first hand in São Paulo. One could call this quartet a "super group", but I prefer not to refer to them as such, as the term is closely linked to the music of the 1960s and 1970s, made by musicians with inflated egos, which isn't the case with Perelman's quartet.

With each new release, Perelman has continued to develop his technique. His breathing is unique, very characteristic and different from other saxophonists. As soon as one hears his playing you can tell that it is Perelman's. His music is urgent; it has to stretch out from limits and reveal feelings, whatever they may be, to the outside world. His music is challenging. It has become increasingly developed, complex, but without being boring: it encompasses huge energy and creativity. Whenever people think that Ivo's musical career has peaked, he brings out another great record. Hour Of The Star' has the complexity, density and melancholy found in Clarice Lispector's works, but if we close our eyes we can see the abstract paintings directly relayed via Perelman's music.

The release begins with "A Tearful Tale", in a very fragmented and angular way with just Ivo and Shipp; this becomes more cohesive as Morris and Cleaver join in, leading to a peak after almost 13 minutes. "Singing the blues" is what we could call the most "conventional" on this album, followed by the brilliant and powerful "Hour of the Star", the high point of the album. In its 14 minutes, the quartet does not demonstrate any sign of fatigue or lack of creativity. The track is explosive, with impressive interaction between the musicians. It is one of Perelman's best compositions in his long career.

"The Right of Protest" is the shortest piece on the album and also the most melancholic. Shipp and Perelman play it as a duo. "As for the future" is just the trio of Perelman, Morris and Cleaver, while Matthew Shipp lays out. Starting calmly with Cleaver, the track develops in such a way that the listener just has to get involved. Morris and Cleaver provide the necessary support for Perelman to take off on his solos perfectly. It is worth remembering that Joe Morris is a guitarist with a highly personal technique, but recently he has concentrated on playing bass, as he does here. The album closes with "Whistling in the Dark Wind" at the highest level, with Matthew Shipp and his "hammered" piano, while Perelman wrings everything he can out of his sax, stretching the limits of the instrument. A breathtaking close to one of the most sincere, honest and challenging forms of music.