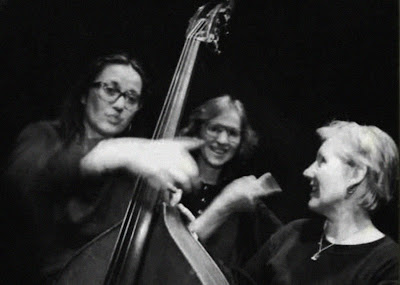 ". . . in any disc by the brilliant European-based jazz bassist Joelle Leandre. The question is, Is it worth the effort? Yes. The deal-with-it factor is especially prominent with the Les Diaboliques Trio featuring the frankly weird vocals of Englishwoman Maggie Nichols and the angular piano of Irene Schweitzer--almost always worth hearing--which takes up about 60% of the first disc of this two-disc set. I can't say I'm a huge Maggie Nichols fan, but the trio is unique in contemporary jazz and, indeed, in jazz history, so all my reservations kinda bow before the big albeit outré concept operating here. And I've gotta admit that, no matter how skeptical I am of this kind of vocal weirdness, there's a certain indisputable presence in Nichols's caterwauling that, as much as it's alien to me, I'm not going to gainsay. In fact, the more I listen to it, the more taken I am not only by her sheer virtuosity, but by the eldritch vibe she conjures. Really, Is there anyone on the scene who does what she does? One thinks of Shelley Hirsch or Theo Bleckman, but I'm thinking Maggie Nichols is the champ of out vocals, not only by virtue of her uncanny range and timbre, but also because her voice conjures such a great variety of moods and textures. 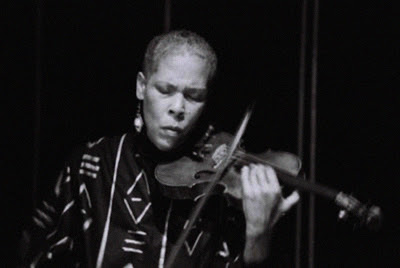 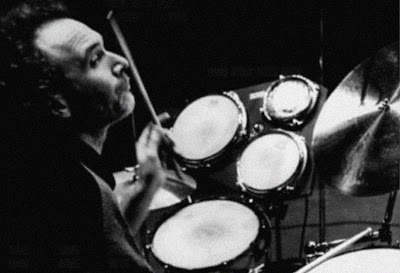 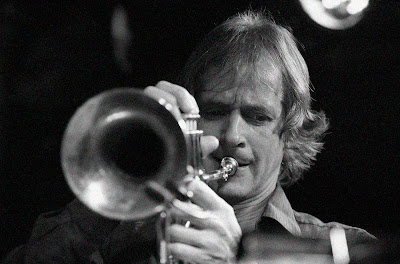 The other four encounters--duo sessions with William parker (bass and whistles) and India Cooke (violin), a trio session with Mark Nauseef (percussion, cheap Casio) and Markus Stockhausen (trumpet, flugelhorn), and a quartet session with Paul Lovens (percussion, drums), Sebi Tramontana (trombone) and long-time associate Carlos Zingaro (violin)--each offer their own pleasures, but the real action goes down with the Les Diaboliques Trio. Joelle Leandre is certainly among the most adventurous and accomplished practitioners on her instrument (double-bass), and it is entirely worthwhile encountering her in this wildly eclectic instrumental environment. Has hardly left my disc player since I acquired it. Highly recommended for anyone with ears to hear. The timid should avoid."
– Jan P. Dennis 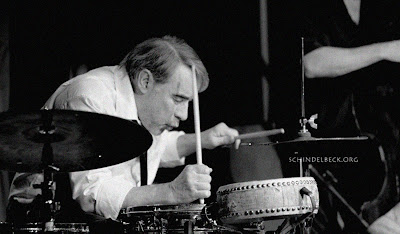 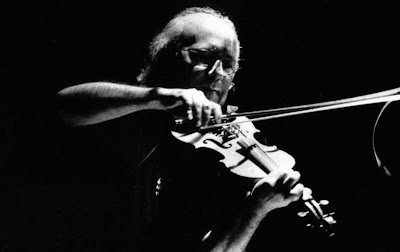 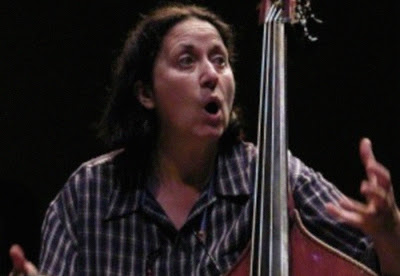 Some people will notice with slight disappointment that the album features no new partnerships, only lineups that are already documented. That's true, and that's probably why Joëlle Léandre at the LeMans Jazz Festival is not a five-CD box set, but only two discs worth of highlights, which makes it all the better. All five concerts were recorded by master sound engineer Jean-Marc Foussat.