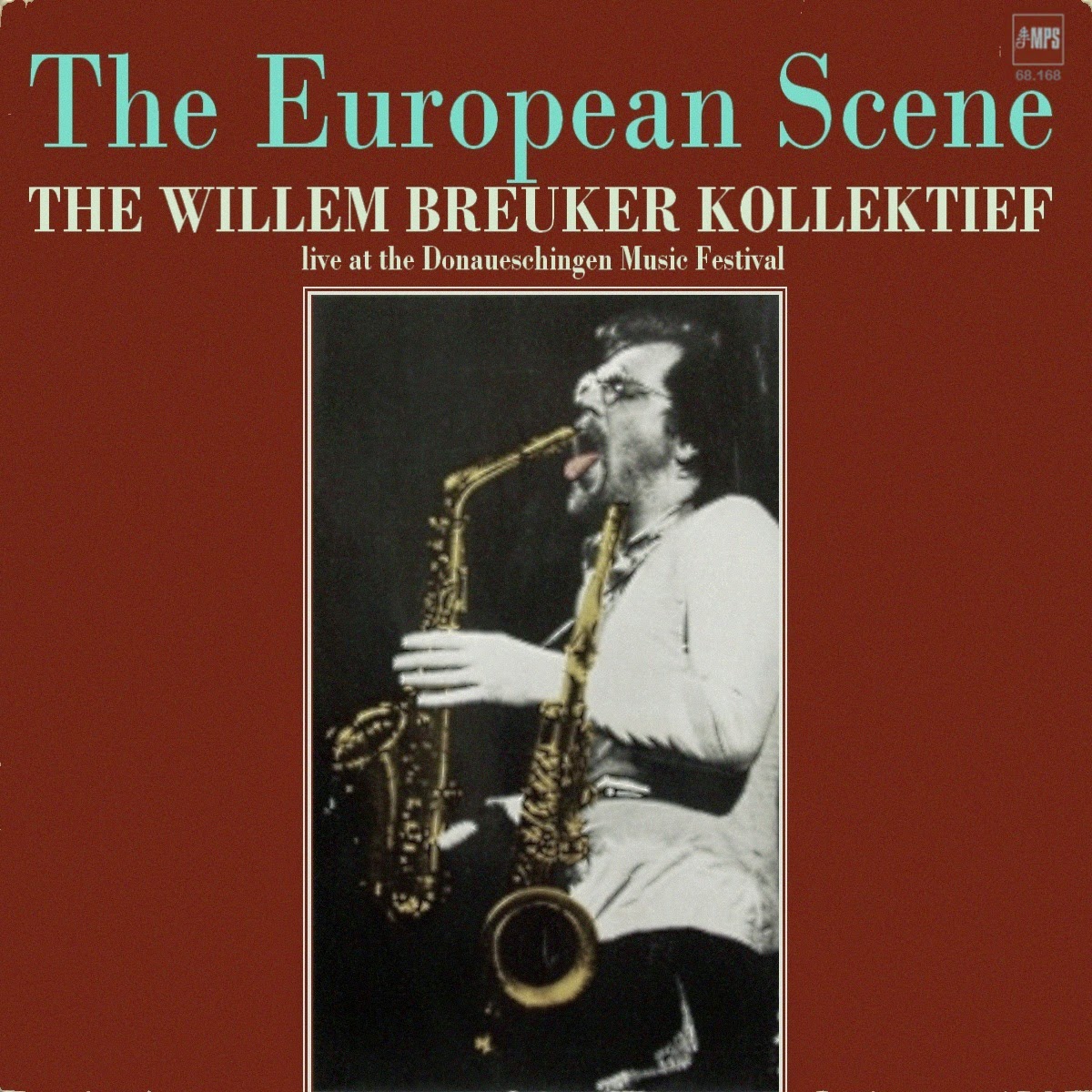 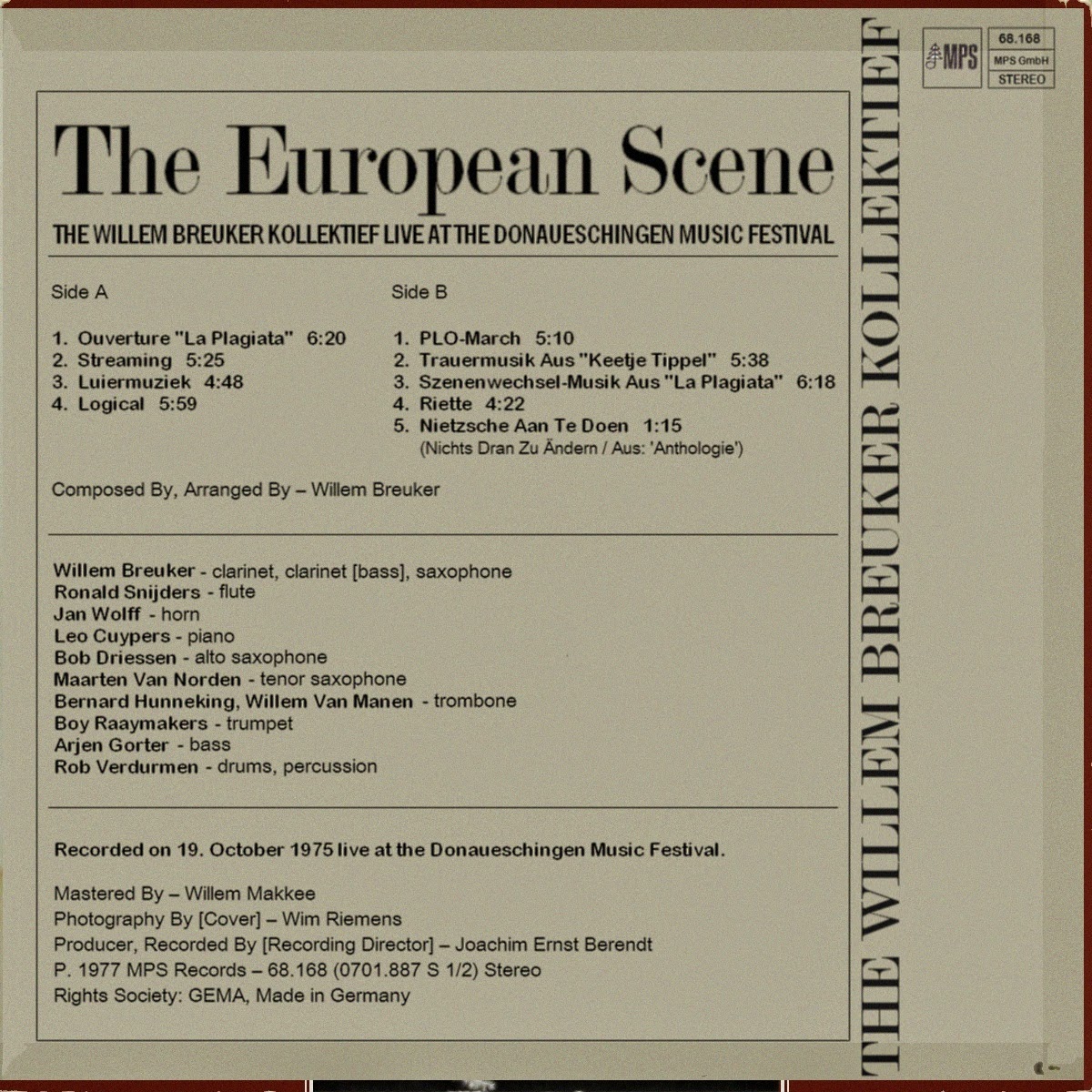 Many of the pioneers of "free music" are from the Netherlands. In 1966, pianist Misha Mengelberg founds eg whole avant-garde, the ICP Orchestra with Willem Breuker will be part at the beginning. Eight years later, in 1974, he founded his own ensemble, the "Willem Breuker Kollektief." Dutch clarinetist and an important contribution to the development of European jazz is beginning to stand out from the all-powerful American model. Gradually, the old continent jazzmen discover their own identity.
Two aspects in particular distinguish the Willem Breuker Kollektief of others-seem: a subversive humor rooted in the second component of its policy clear music-ment, namely a true critique of society. Willem Breuker and reconnect all in this with the compositions of Hanns Eisler apparently popular, but careful listening reveals a true complexity. Not to mention "Parade" Erik Satie whose diverse building styles inspired probably the model for the musical concept of Willem Breuker. Pop music and circus music is also obvious references, although shaken by the Kollektief who had eleven members in its infancy, they take almost anarchic accents.

The sharp Kollektief of concerts, with real set in the 70s in particular theatricality is definitely political street theater in vogue at that time and many works that Willem Breuker then composes for film and theater. However, behind the wild arrangements changing at breakneck speed behind the musical satire often tinged with sarcasm styles, pierces through a bitter seriousness Kollektief which denounces social inequities. His trilogy ("Hunger", "Thirst" and "Misery") is a prime example. Willem Breuker and his musicians will meet the white circus clowns, characters sad white makeup enhanced with a tear.
This very serious game with art declined to infinity hide an enigmatic humor, Willem Breuker Kollektief has practiced at the Donaueschingen Music Festival Concert in 1975 published later under the ambitious title "The European Scene "and met-known musicians such Maarten van Norden (saxophone), Boy Raaymakers (trumpet), Willem van Maanen (trombone), Leo Cuypers (piano), Arjen Gorter (bass) and Rob Verdurmen (drums). All have remained loyal for decades to Willem Breuker. During this concert ovation, deliberate mix of satirical entertainment and seriousness, it followed its "PLO March "music to the civil war in Lebanon answer a moving musi-that funeral. Between these contrasts, as a link in some way, Willem Breuker weaves excerpts from the music of burlesque drama "The plagiata" which plays an essential role also in other legendary concert at the Festival Kollektief Total Music Meeting in 1975 Berlin. Prokofiev and Shostakovich at home in the classical record, the works of Willem Breuker leave a furious burst laughing with the emergency fail reason.  _  (Text: Reinhard Kager)

I apologize to everyone, I did not know that the album WBK - 'Live in Berlin' re available in digital form. You can get it via 'destination out' at a very affordable price:
http://destination-out.bandcamp.com/

I ask for understanding. Regards. Vitko