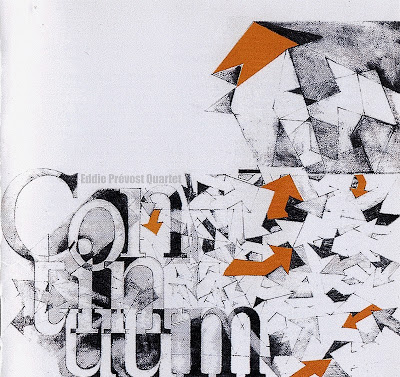 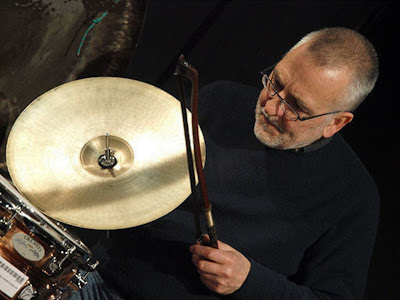 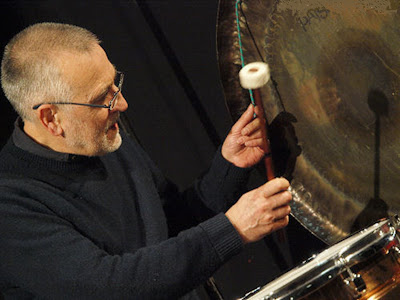 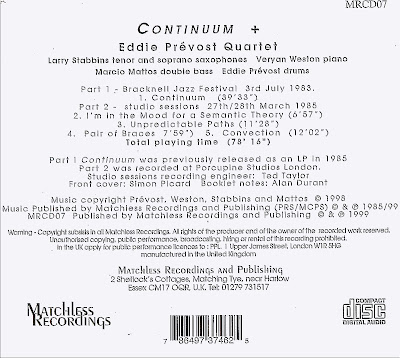 “A tumble of tom-toms and cymblas sets it in motiuon: Larry Stabbins ’ muscular tenor streaks wide arcs of colour around the edge of this tornado, coasting around the driving force of piano and bass which purrs like a revving engine. Prévost ’ s thrumb of sticks-on-skin decorate and expands it further into an insistant pulse. A degree more turbulent, and then it ’ s airbourne. ‘ Continuum ’ charts the whole 39 miuntes of a very fine set delivered at Bracknell Festival in 1983 by the Eddie Prévost Quartet. A procession of solo staements ushers along the development of the improvisation: Stabbins cutting out to leave Veryan Weston ’ s piano, the most startling ingredient of this stylish free jazz troupe, in the foreground. What develops is a rush of carefully collected detail: shades of Monk and Cecil Taylor contrasting with pitter-patter treble runs which sound like they are straight out of a ‘ Tom and Jerry ’ soundtrack. Ckusters of dark, echo-lined bass keys, and then Marcio Mattos ’ sometimes rhythmical, other times reflective string bass work. Not only Prévost ’ s finest free jazz group, but perhaps the finest free jazz record in years.”


“ The original release of Prévost ’ s 1983 Bracknell appearance represents one of the few ‘ must haves ’ of British free jazz. This re-issue with studio material from 1985 confirms and enhances its status. The new material has an altogether more thoughtful air than the intoxicating intensity of the festival recording. The gergeous ‘ I ’ m in the Mood for a Semantic Theory ’ is an almost totally unexpected straight(ish) ballad, and Larry Stabbins ’ saxophone reminds one forcefully of Archie Shepp in Ben Webster mode. There is a clarity to the studio material which proves the rythm section, (Weston, Mattos and Prévost) to be one of the music ’ s most versatile and imaginative. Prévost, in particular, is revealed as one of the most impressive free-jazz drummers; a role he inhabits far too rarely. ”

Link in Comments!
Posted by Vitko at 7:00 PM