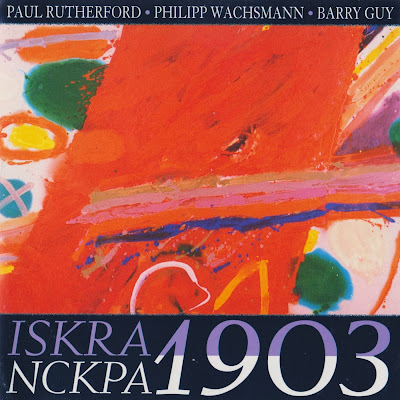 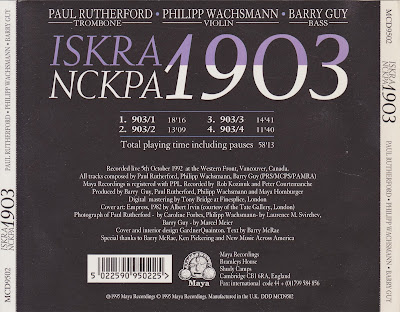 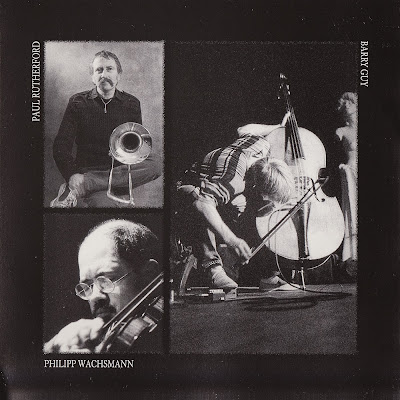 Iskra is a free music trio comprised of trombonist Paul Rutherford, violinist Phil Wachsmann, and bassist Barry Guy. The word "iskra" is Russian for "spark." The band named themselves after the first Bolshevik newspaper that came after Lenin led the split from the Social Democratic Labor Party in 1903 — hence the title of the album. The performances here, four sections of one concert, were recorded at Western Front in Vancouver in 1992. Labeled "903," the concert reveals itself as a study in complete communication rather than of phrases half-parsed or ideas partially realized among two of the three players. Here, as Rutherford  offers tonal variations on the trombone's chromatic body of timbres, Wachsmann extrapolates from them and Guy underscores them for a full, three-dimensional sound effect. Lines are long, longer, and even longest, offering a view not of free improvisation as anarchy, but of free music as a system of disclosures and articulations along tonal, harmonic, dynamic, and even in places chromodal grounds. There are numerous interpolations around diminished sixths and minor fourths, creating an almost intervallic sense of play and exchange, but these give way to open fields of timbral exploration and microphonic phrasing on Rutherford's part, which are articulated across the spectrum by Wachsmann, who will do everything from bow a series of drone strings to pizzicato his way onto the platform with Rutherford. But it is Barry Guy who is the man to listen for here, with his wealth of arco techniques and his deep wood plectrum pizzicato, carrying octave striations where they have no regular business going. This is exciting as process-oriented improvisation since the order of things is established but the result is completely up in the air and down in the instruments. We're lucky to have had this one captured on tape.