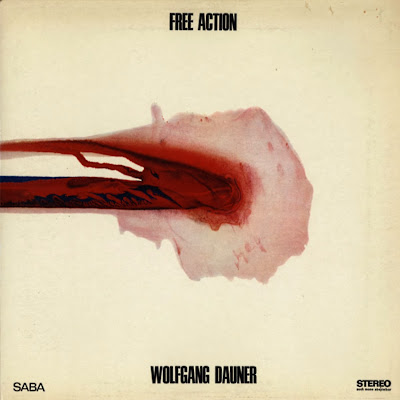 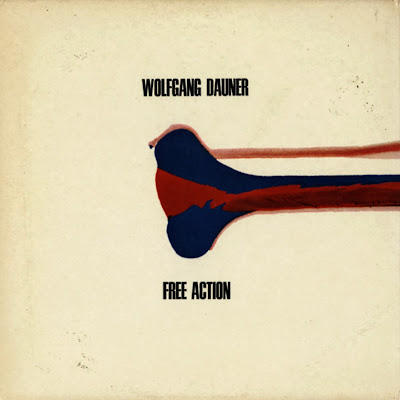 Without any doubt Wolfgang Dauner is one of the world’s most versatile piano and keyboard players who has touched on literally every musical genre and – as a “ holistic artist ” - even stepped out beyond sound. From the very start of his curriculum musicae Dauner had a strong interest in overcoming clichés of standard jazz and, in every respect, developing new forms of composing and making music. At the same time he always was a down-to-earth man: He worked for TV and film, sketching soundtracks and creating music programs for children. Isolation and elite attitude was the last thing on his mind as he was always striving to mediate between jazz, rock and classical music. In the 1960s Bill Evans ’ vocabulary was a starting point for his own language and stories. ” Free Action ” , released in 1967, stands as an early and powerful manifest of some of his important ideas and until today ranges among the centrepieces of his discography. At that time Dauner was searching for a new possibility of collective composition and improvisation. He built a septet around his early trio mates Eberhard Weber (vcl) and Fred Braceful (dr): Jürgen Karg from the city of Saarbrücken is on bass whereas Krautrock legend Mani Neumeier functions as an energetic counterpart to the rather subtle playing of Braceful. The most prominent jazz violinist of that period, Jean-Luc Ponty, takes part as does tenor sax and clarinet player Gerd Dudek, also firmly anchored in the German free jazz scene. Thus, with two drummers and a bass as well as a cello player, he assembled a very unusual line-up, which allowed the musicians to focus on duos and dialogues in rarely heard constellations within the group. Before the recording session he manufactured a score for every one to enable new forms of direct interaction without the need of a band leader - interactions that also comprise spontaneity and the principle of coincidence. The five pieces on “ Free Action ” reflect different stages of unchaining from conventional forms: “ Sketch Up And Downer ” still grows out of a blues scheme, encouraging different dialogues among the musicians, “ My Spanish Disguise ” shows its origin in Iberian colours and rhythms, but than is alienated and makes use of micro-tonality. Most consequently Dauner realizes his concept of “ free action ” in “ Disguise ” and, certainly, “ Free Action Shot ” : The first one presents an Indian atmosphere at the beginning but then steers into “ free waters ” around Dauner’s prepared piano. In the latter he experiences with a new sign language conducting the musicians. Already 40 years ago Wolfgang Dauner proved to be the big explorer he remained until the present day. The original cover artwork being painted by himself this work comes as a very stimulating synthesis of the arts.

From JOHN KELMAN for AAJ occasion of the release of the CD (Promising Music/MPS, 2008):

Wolfgang Dauner is yet another case of an artist who's achieved a considerable reputation in Europe, but for whom greater exposure in North America has remained elusive. The multidisciplinary keyboardist has done everything from free jazz to opera, and can be heard in fine jazz/rock form on Don "Sugar Cane" Harris' recently released 1972 MPS disc, Sugar Cane's Got the Blues (Promising Music/MPS, 2008). First released in 1967, Free Action is another MPS recording that's been long overdue for CD issue and, thanks to Promising Music, it's now possible to hear what was going on in Europe at the time, while largely unbeknownst to North American jazz fans.

Dauner's septet features three artists who have gone on to varying degrees of international recognition: reedman Gerd Dudek, bassist Eberhard Weber (heard here on cello) and violinist Jean-Luc Ponty. For those only familiar with Ponty's later fusion work, his playing on Free Action will come as a surprise; it's also enlightening to hear Weber in a freer context, since his own ECM discography, while providing room for improvisation, is far more structured than the more extreme freedom of Dauner's music.

That's not to say there isn't structure to Free Action's five Dauner compositions. "Sketch Up and Downer" begins with a free exchange between Weber and bassist Jürgen Karg, with the rest of the septet—including drummers Mani Neumeier and Fred Brace—gradually joining in, leading to Dauner's knotty theme that establishes a harmonic center. Ponty's energetic solo takes place over a fiery swing, despite retaining a turbulent undercurrent. Dudek's tenor solo is more tempestuous still, as both drummers create a maelstrom with a pulse while Dauner accompanies with staggered block chords. Even as Weber becomes more unfettered and spirals further outward, Dauner's solo leads into a section that combines spontaneity with cued figures before reiterating the opening theme.

"Disguise" reflects a pervasive interest in East Indian music that began with jazz musicians in the 1960s. Neumeir switches to tabla and the group adopts a more linear approach, but freedom still reigns, with Dauner's prepared piano a jagged backdrop for in tandem soloing by Karg and Weber. The abstruse "Free Action Shot" uses graphic, rather than conventional, notation (reprinted in the CD booklet), allowing the musicians maximum liberty within a set of predefined textural parameters independent of time, pitch and tone. With a group of improvisers less concerned about personal contribution than the collective whole, Ponty still stands out, if only because it's so surprising to hear him in the context of Dauner's unconventional settings.

Dauner would go on to record a trio album with Weber and Brace for ECM (1970's Output), but the majority of his 1960s-1970s output as a leader was for MPS. A challenging record that's not for the faint-at-heart, Free Action is nevertheless a fine introduction for those unfamiliar with the pianist's work, and a welcome release for those who've been patiently waiting for its issue on CD.