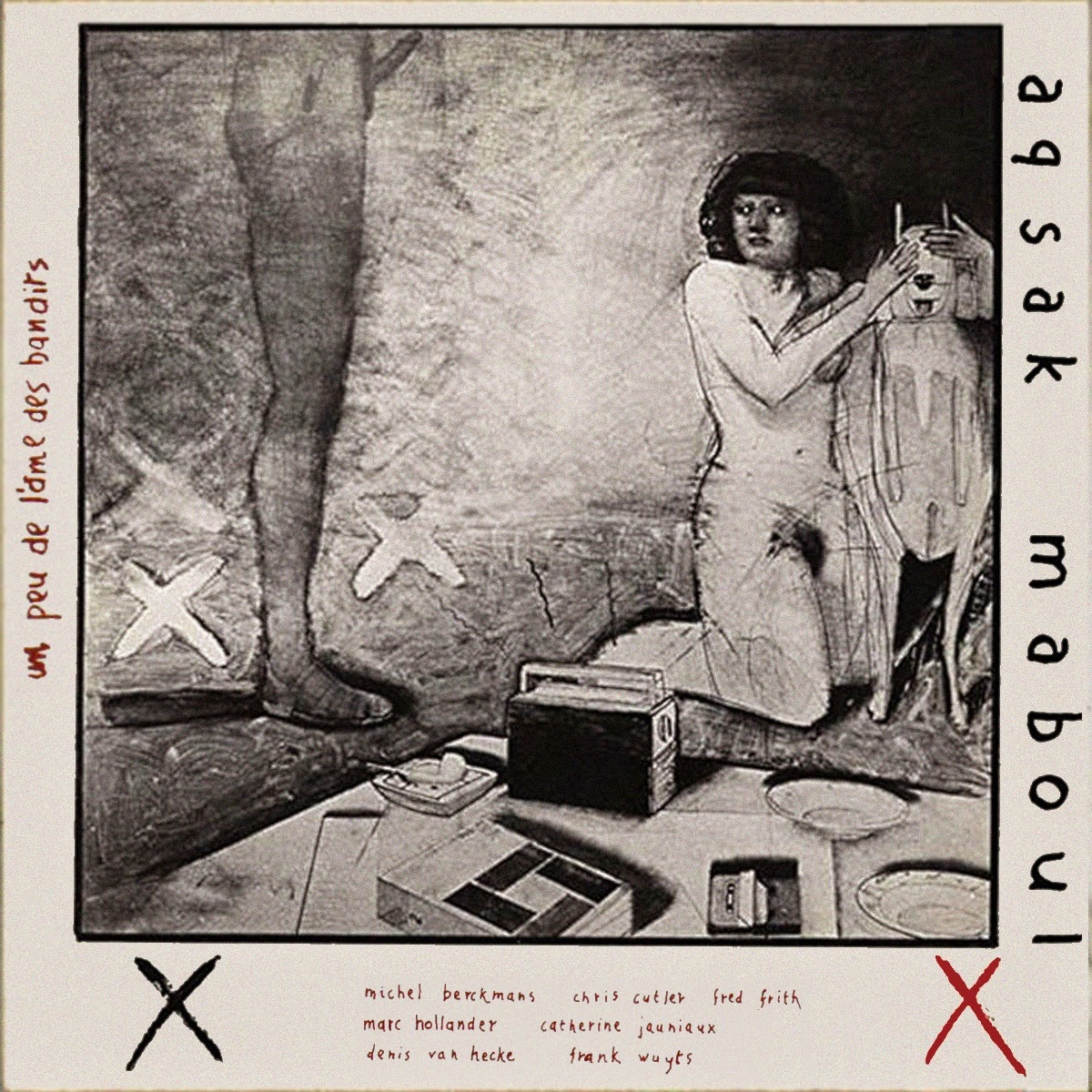 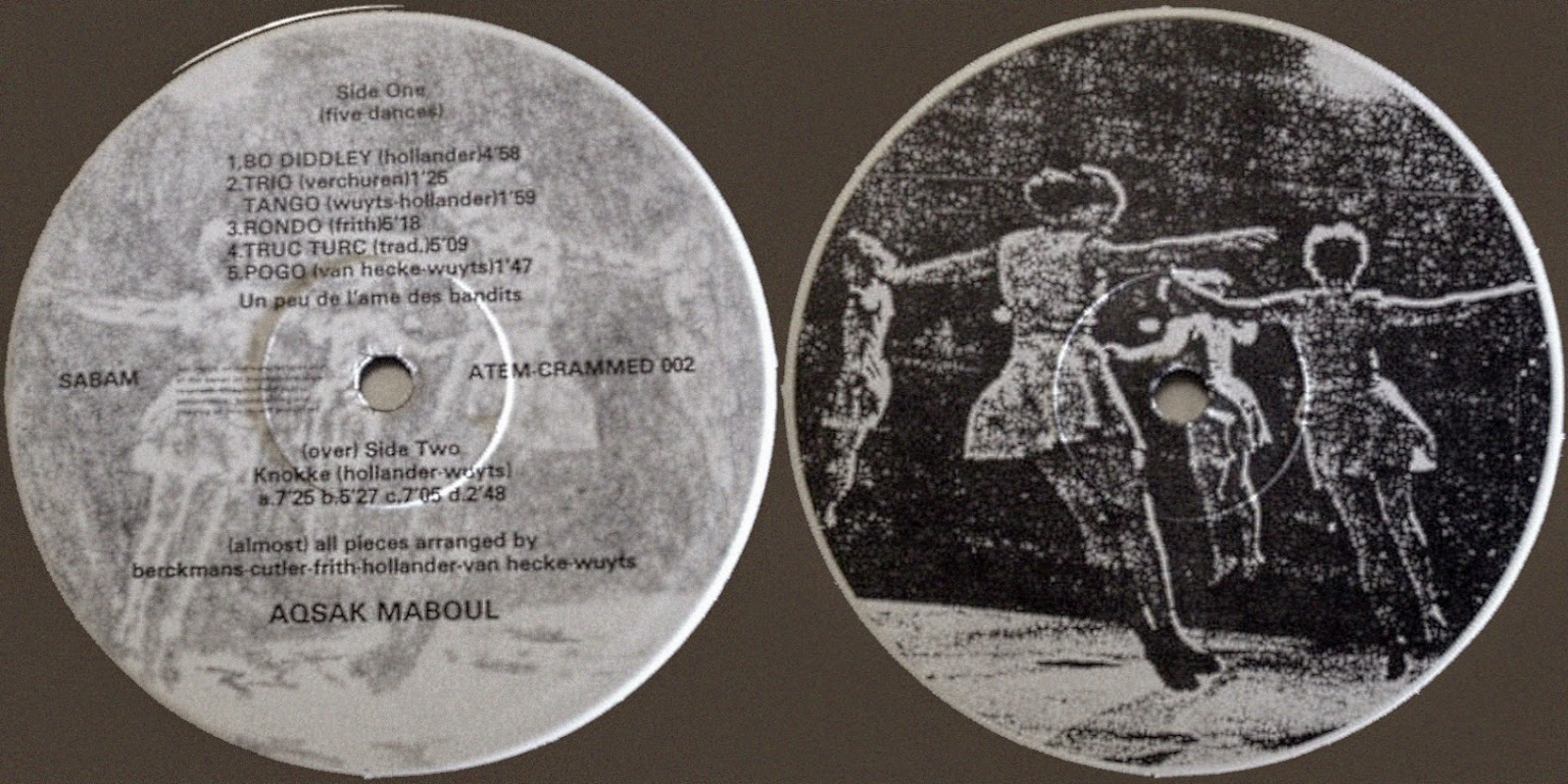 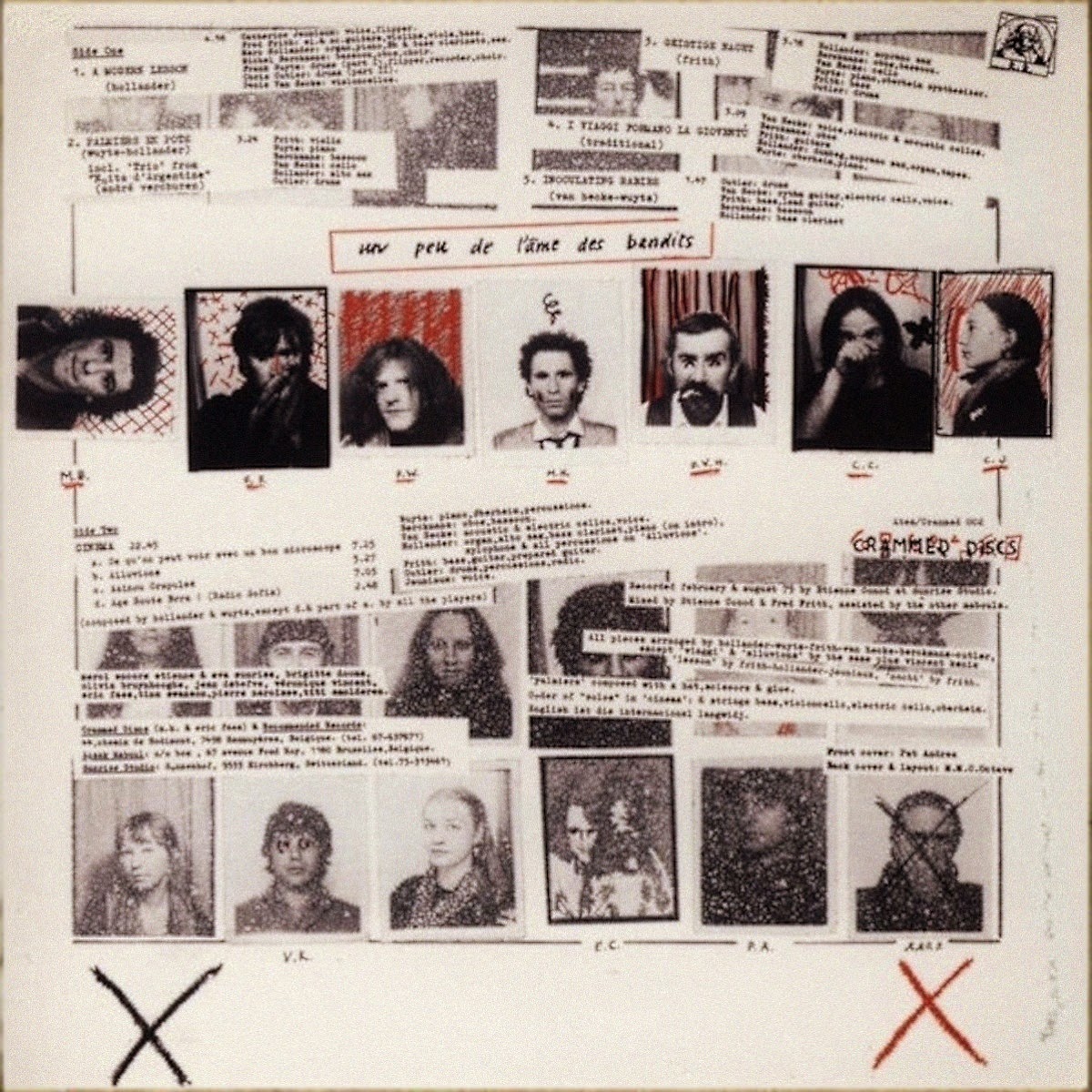 Un Peu de l'Âme des Bandits (English: A Little of the Bandit Spirit) is the second album by Belgian avant-rock band Aksak Maboul. It was recorded at Sunrise Studio in Kirchberg, Switzerland in February and August 1979, and released on LP in January 1980 on founding member Marc Hollander's Belgian independent record label, Crammed Discs. At the time the band had changed the spelling of their name to "Aqsak Maboul", and this is reflected on the album's record sleeve. When the album was re-issued on CD in 1995 (also on Crammed Discs) the spelling of their name reverted to "Aksak Maboul".

In addition to the Aksak Maboul line-up at the time, the album also featured ex-Henry Cow musicians Fred Frith and Chris Cutler whose contribution and names helped bring the album to the attention of a wider audience. Aksak Maboul's co-founder, Vincent Kenis did not play on this album, although he did arrange two of the tracks. 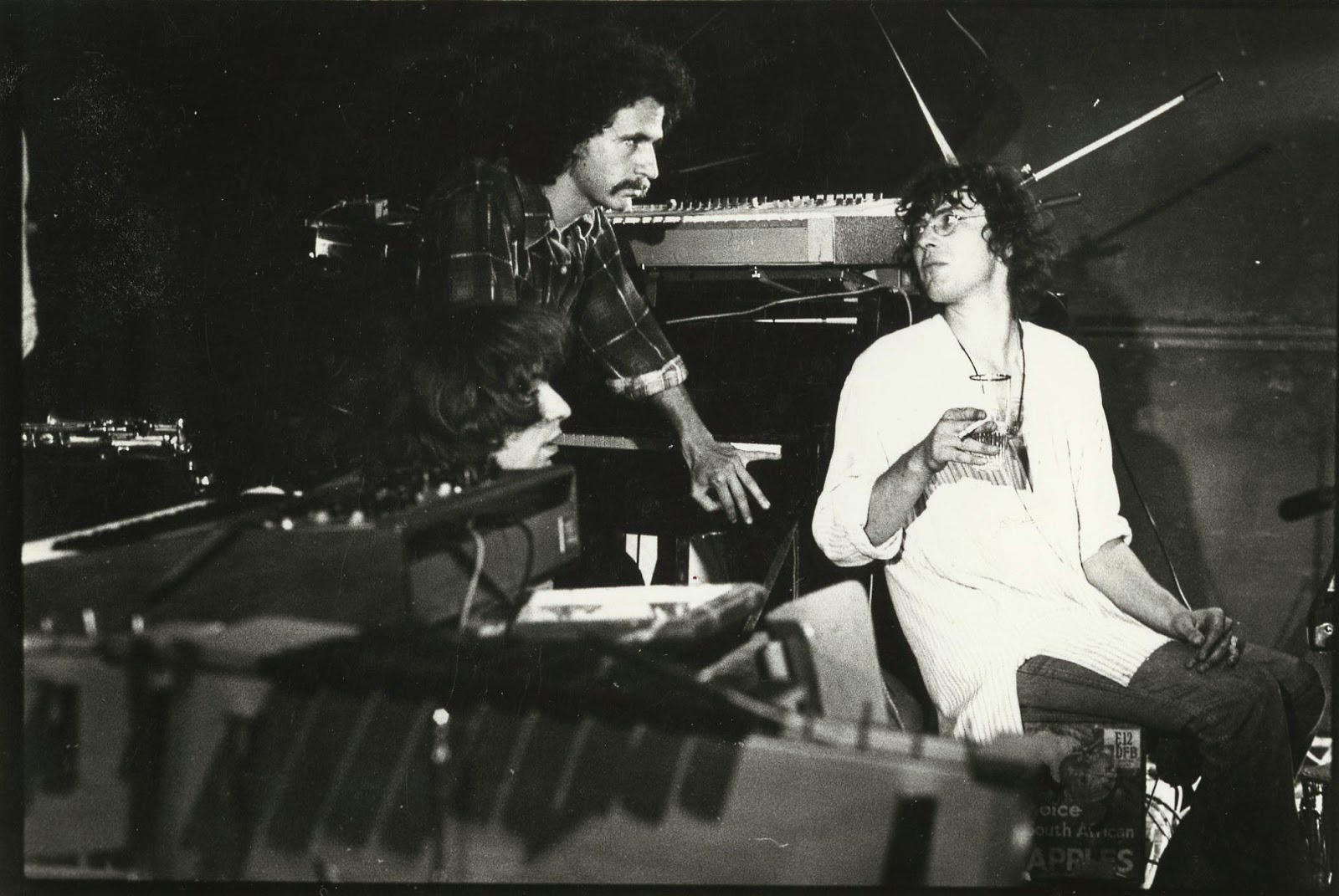 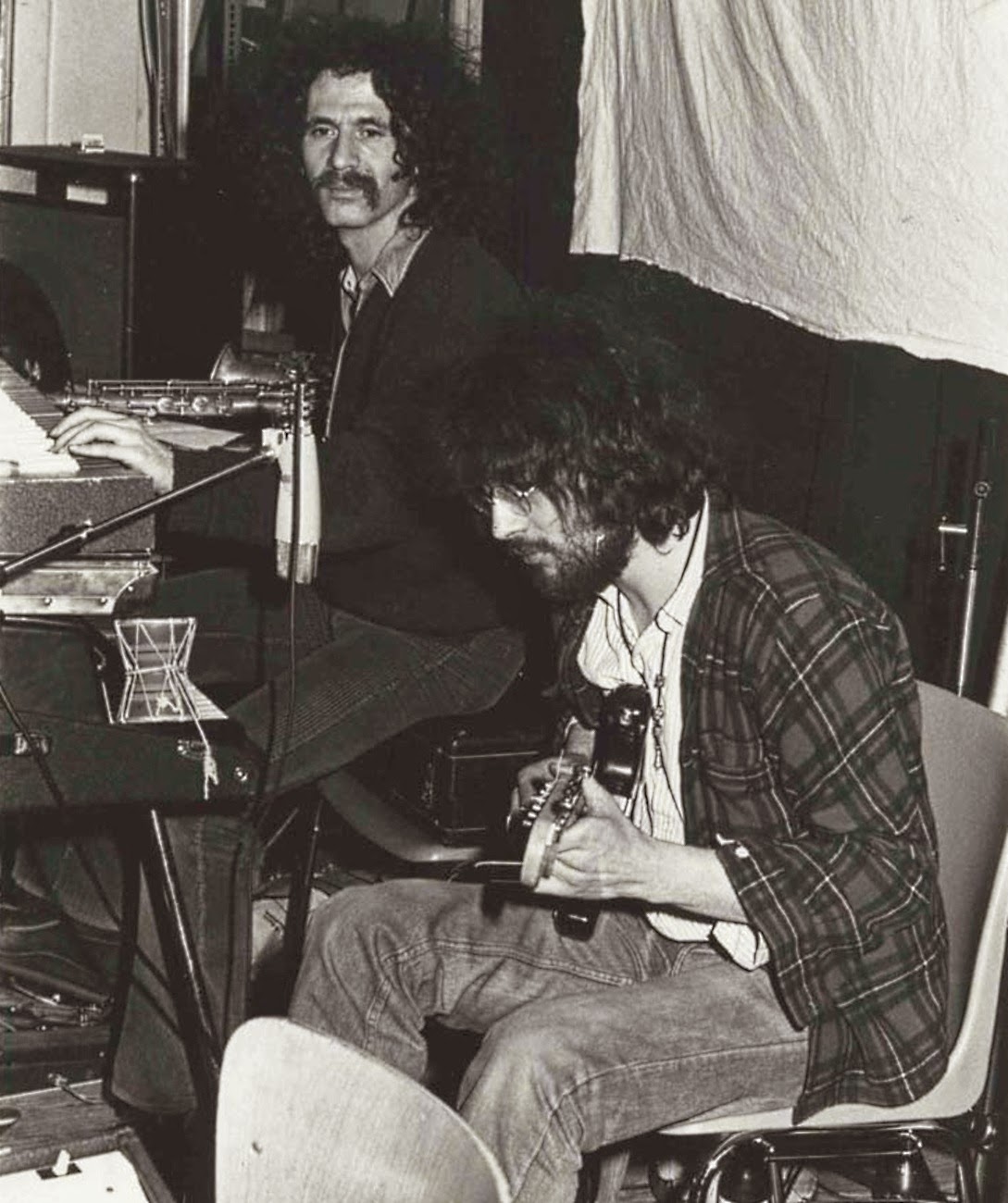 _1.     Aksak Maboul (also spelled Aqsak Maboul for a while) were a Belgian avant-rock band founded in 1977 by Marc Hollander and Vincent Kenis. They made two studio albums, Onze Danses Pour Combattre la Migraine (1977) and Un Peu de l'Âme des Bandits (1980), the last one with ex-Henry Cow members Chris Cutler and Fred Frith. They were also active in the Rock in Opposition movement Maboul began in 1977 as a duo of Marc Hollander (keyboards, reeds, percussion) and Vincent Kenis (guitar, bass guitar, keyboards). Marc Moulin (keyboards) and Chris Joris (percussion, keyboards) joined later, and with this line-up, plus guests Catherine Jauniaux (voice) and others, they recorded their first album, Onze Danses Pour Combattre la Migraine (French for “Eleven Dances for Fighting Migraine”).

It was released in 1977 under the name Marc Hollander / Aksak Maboul on an independent record label, Kamikaze Records.Onze Danses Pour Combattre la Migraine was a playful mix of musical forms, cultures and genres. With drum machines and looping organ lines, it shuffled between improvised jazz, ethnic music, electronics and classical music. It was largely an instrumental album with snatches of singing and voices.In late 1977 Aksak Maboul started performing live, during which time Frank Wuyts (percussion, keyboards) replaced Joris and Moulin, and Denis van Hecke (cello) and Michel Berckmans (bassoon, oboe) of Univers Zéro joined. In early 1979, Hollander invited Chris Cutler and Fred Frith of the recently defunct avant-rock group Henry Cow to join Aksak Maboul on their next record.

They rehearsed together, performed in a few concerts and then went to Sunrise Studio, Kirchberg in Switzerland to record their second album, Un Peu de l'Âme des Bandits (French for “A Little of the Bandit Spirit”).This was released in 1980 on Crammed Discs, a new independent record label Hollander had created to release the album.Un Peu de l'Ame des Bandits was more intense and experimental than their first album. It contained complex written sections as well as improvised ambient pieces. It used sampling before samplers were invented and was a mixture of jazz, tangos, traditionals from the eastern Balkans, chamber rock, noisy punk rock and pseudo-Varèse music. Like the first album, it was instrumental with a little singing and voices.Back on the road again, Aksak Maboul joined the Rock in Opposition (RIO) movement and in April 1979 they performed at an RIO festival at the Teatro dell'Elfo in Milano, Italy.

Aksak Maboul were one of the last of the original RIO bands.In early 1980, Hollander founded the Crammed Discs independent record label. A few months later the original nucleus of Aksak Maboul (Hollander and Kenis) and the core of a Brussels band Les Tueurs de la Lune de Miel joined forces to become The Honeymoon Killers. They toured Europe between 1980 and 1981, although still under the name Aksak Maboul.

They later recorded an album Tueurs de la Lune de Miel / Honeymoon Killers and toured for a few months under that name. The last recorded work by Aksak Maboul appeared on a 1984 compilation album, Made to Measure Vol. 1, where the original duo of Hollander and Kenis contributed seven tracks of new material composed for a play by Michel Gheude based on the life of Maïakovsky.The music here has been described as “minimalist rock” and is very different from their two studio albums.By the mid-1980s Aksak Maboul ceased to exist as a group, but Hollander and Kenis continued to play an active role in Crammed Discs' musical policies. 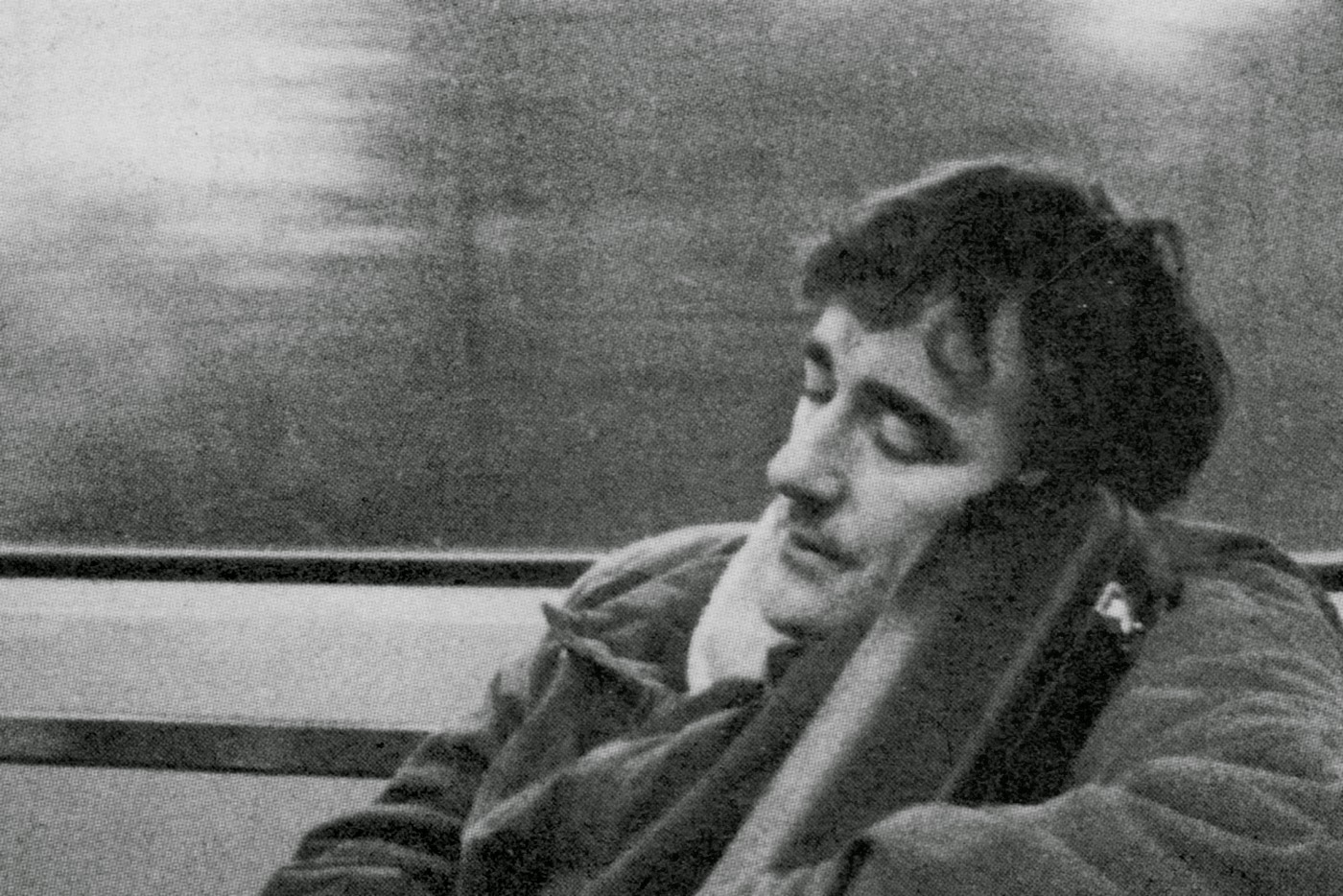 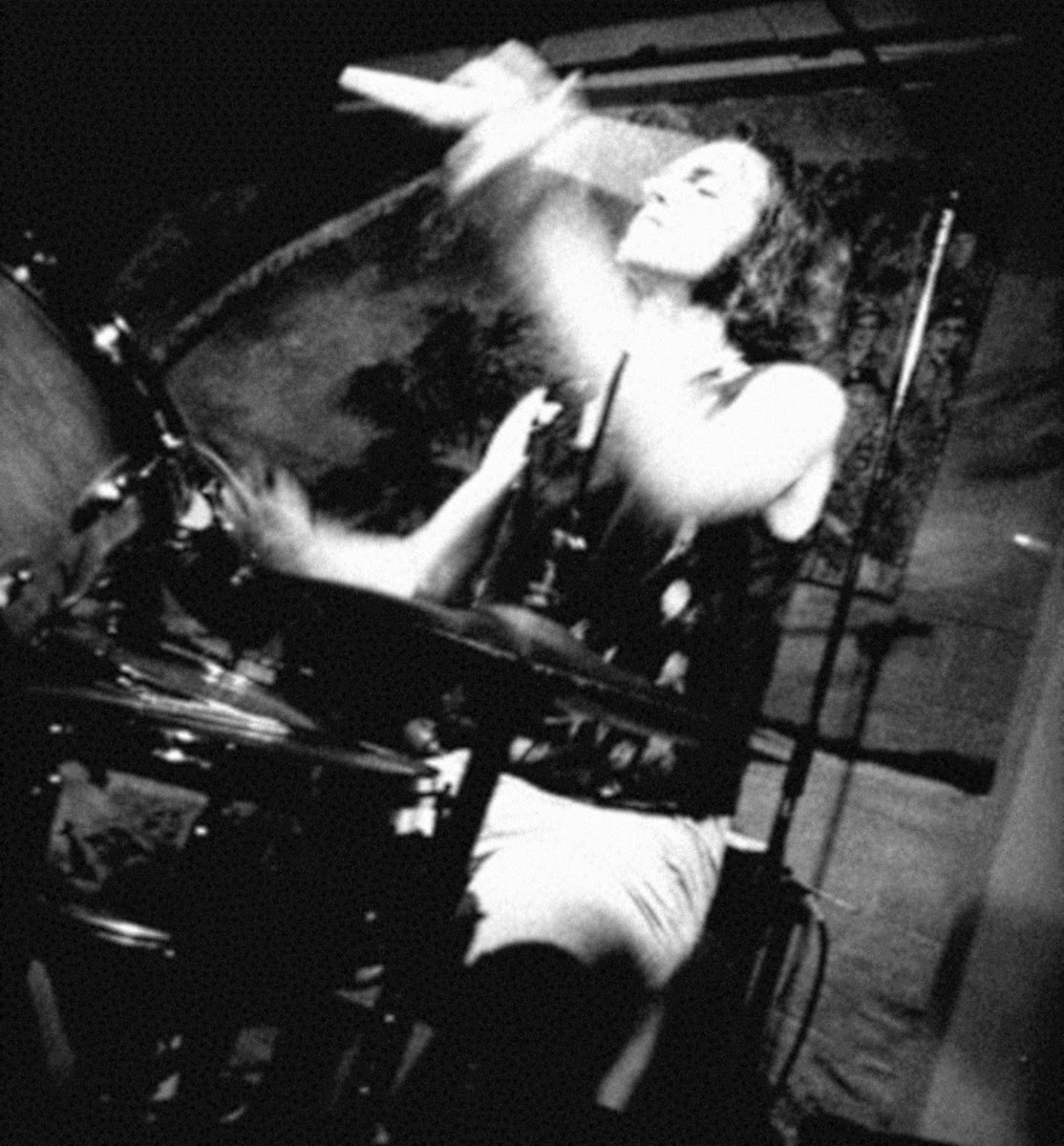 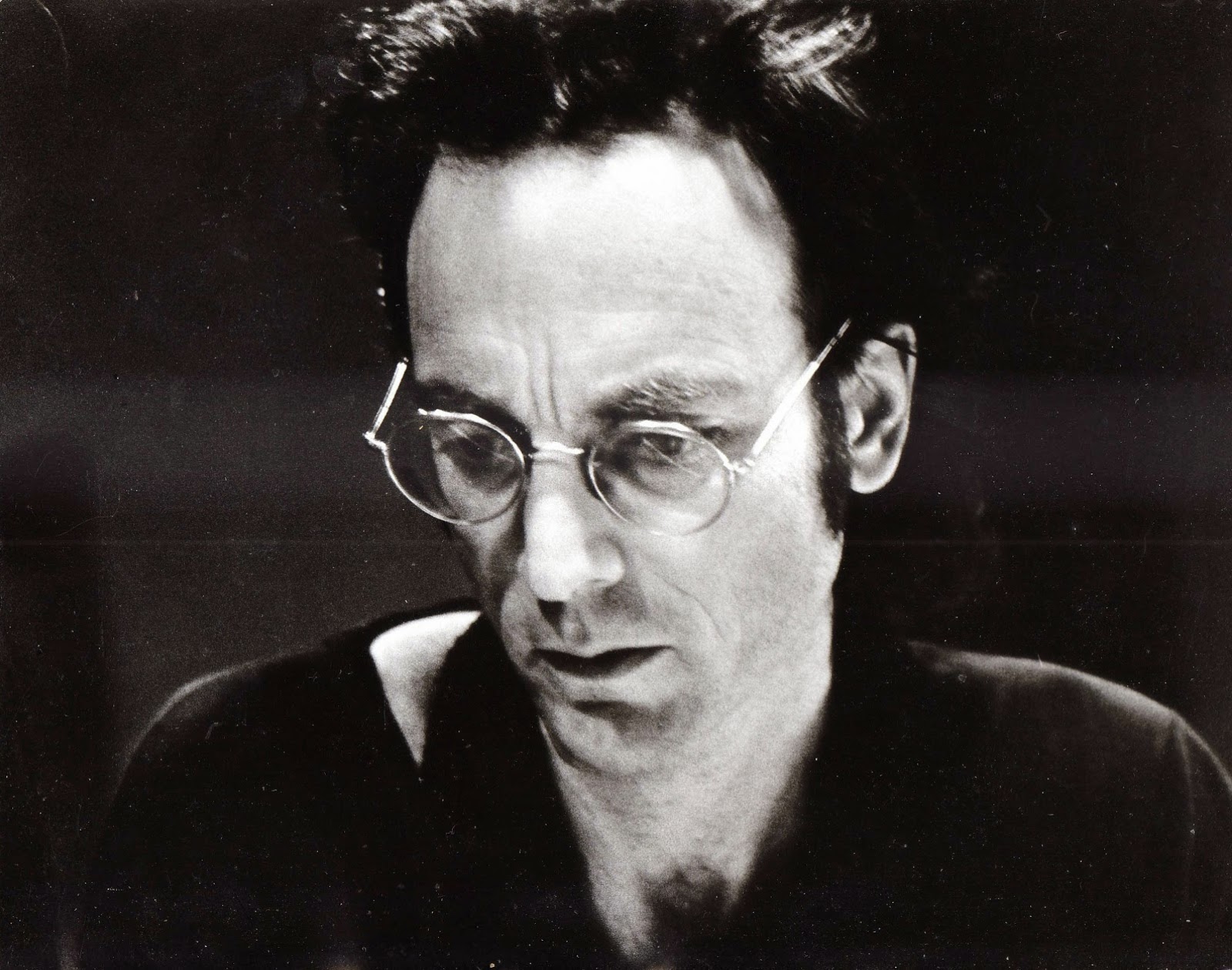 _2.     Aksak Maboul - Un peu de l'ame des bandits Aksak Maboul (a.k.a. Aqsak Maboul) was one of the original Rock-In-Opposition (RIO) groups. They were one of three that were officially elected into the movement after Henry Cow’s original selection of bands (Univers Zero, Etron Fou Leloublan, Samla Mammas Manna and Stormy Six) had explored the style and ideology. “Un peu de l’ame des bandits,” Aksak Maboul’s 1980 effort, is more or less quintessential to the RIO genre, and one that set the stage for many of the Avant-Prog groups that have followed since...

of the leading group Henry Cow and unrepentant leftist seeking to distance himself from both major label and American rock influences, found similarly minded groups in France, Sweden, Belgium, and Italy, and brought them together for a British tour under the banner of Rock in Opposition (RIO). New musical influences and adventures gave rise to more short term formations for Cutler and Fred Frith (Cow's guitarist), including this venture with a Belgian duo, Aksak Maboul, comprised at the time of Marc Hollander and Vincent Kenis. This group had recorded an album in 1977, Onze Danses Pour Combattre le Migraine, which became a cult album in its own right. As Aksak toured, their paths crossed with the various RIO groups, which led to this album in 1980. Cutler and Frith brought a solid rhythm section, but ready to make terrific noise when appropriate (as on the backing tracks of Inoculating Rabies). Michel Berckmans, wind player from Univers Zero (one of the Belgian RIO groups), and Hollander were the wind and reed section. Frank Wuyts and Denis Van Hecke rounded out the group on keyboards and strings. Stylistically the album is all over the board. For example, the opening track, featuring Catherine Jauniaux on vocals, launches into a twisted blues number, with the singer freely improvising and trading licks with Van Hecke's cello and Hollander's sax. The second part of Modern Lesson features extremely intricate horn writing, with different players rapidly trading different elements of the lines. "I Viaggi" uses a Middle Eastern scale, with cello and voice doubling the melody line. "Palmiersen Pots is a classical piece for string trio, followed by a tango composed from several popular pieces cut up with scissors and reassembled at random. The album culminates with a long suite (originally all of side two on the vinyl release) based on a shorter peggiated figure, composed sections alternating with solos on bass, cello, electric cello, and synthesizer. On top of all of the great musicianship, Frith and lead engineer Etienne Conod performed significant studio wizardry after the sessions. Modern Lesson contains sounds from a pinball machine as well as bits from every other track (and this is well before the age of samplers). The lead bassoon/oboe lines of Inoculating Rabies would be inaudible over the guitar and percussion noise in a live situation, but the contrast makes the piece.
This Aksak Maboul lineup and this album, is remains a pinnacle of the RIO movement.