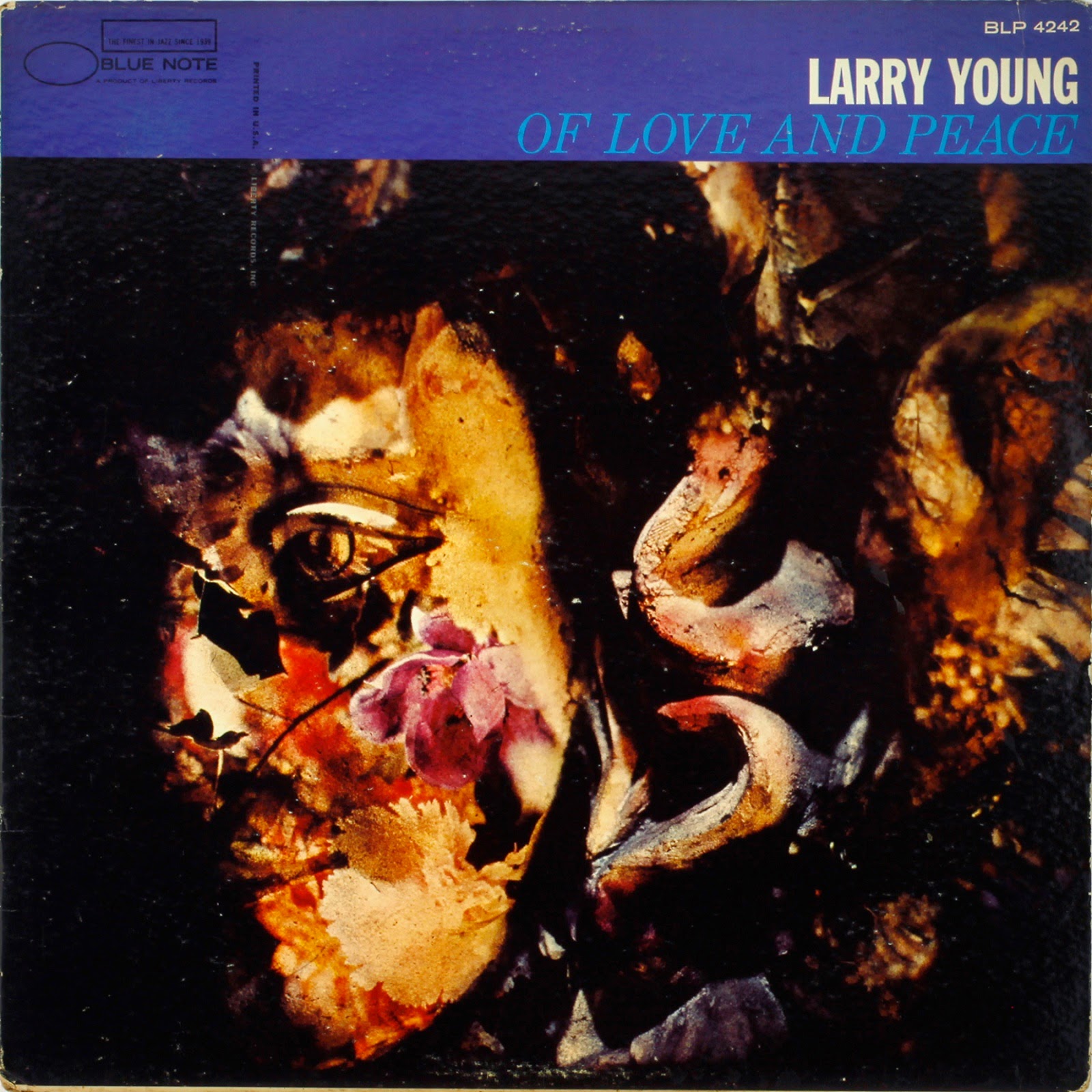 Larry Young: ''Of Love and Peace'' eight scant months after his classic ''Unity'' (Blue Note, '65), organist Larry Young was back in the studio with a larger ensemble and a bolder concept. The title Of Love and Peace may stand in direct contrast to the music within; there may be plenty of love, but on this cacophonous album of barely-controlled chaos, there's precious little peace.
Augmenting the front line of trumpeter Eddie Gale, alto saxophonist/flautist James Spaulding and tenor saxophonist Herbert Morgan, Young opts for a two-drummer approach, with Wilson Moorman III and Jerry Thomas behind their respective kits. Of these players only Spaulding will be well-known to most fans of the period, having appeared on countless albums by artists as diverse as Sam Rivers, Stanley Turrentine and Wayne Shorter. But Gale and Morgan, in particular, are players deserving of more due. Gale is a brash player who, while never recording with him, shared the stage with Coltrane a number of times, mixing a hard bop edge with more avant leanings. Morgan, with the exception of Unity , seems to be Young's tenor man of choice, appearing on all of Young's subsequent Blue Note outings and demonstrating a big tone that was perfectly in keeping with Young's more extroverted and increasingly unpredictable work.

With its duple ï rhythm, "Pavanne" is aptly titled, but it's a dance like none you are likely to hear, with Moorman and Thomas creating a scarcely-contained maelstrom behind the front line, which improvises with reckless abandon over Young's anchoring keyboard work. With Young living up to his reputation as the John Coltrane of his instrument, he provides an open-ended modal backdrop for solos which stretch the boundaries of the harmonic centre. The title track is only marginally more relaxed, with Young creating a simmering layer under which the two drummers create a certain forward motion in an ostensibly free improvisation. Likewise, the closing "Falaq" balances momentum and liberty equally, with Moorman and Thomas creating, interestingly enough, the kind of polyrhythmic independence that Elvin Jones was capable of doing all by himself. Still, Morgan contributes a solo that is reflective of the time and, in no small way, influenced by the outer leanings of Sam Rivers, while Gale is telepathically linked to Young, building screams and wails that are in sharp contrast to Young's richly ascendant chords.

The odd man out on the disc might on first glance seem to be the reading of "Seven Steps to Heaven," but the way the front line plays with the familiar theme, snaking in and out of it with exuberance and a greater sense of adventure, only sets things up for Young's solo, which runs at breakneck speed before Gale enters and matches Young's elusive behaviour note-for-note.

Of Love and Peace may be marginally less of a classic than Unity , if only for its more radical yielding to an almost stream-of-consciousness approach; but it demonstrates how far Young's conception had developed in a few short months and, consequently, is an important document of a rapidly evolving artist.