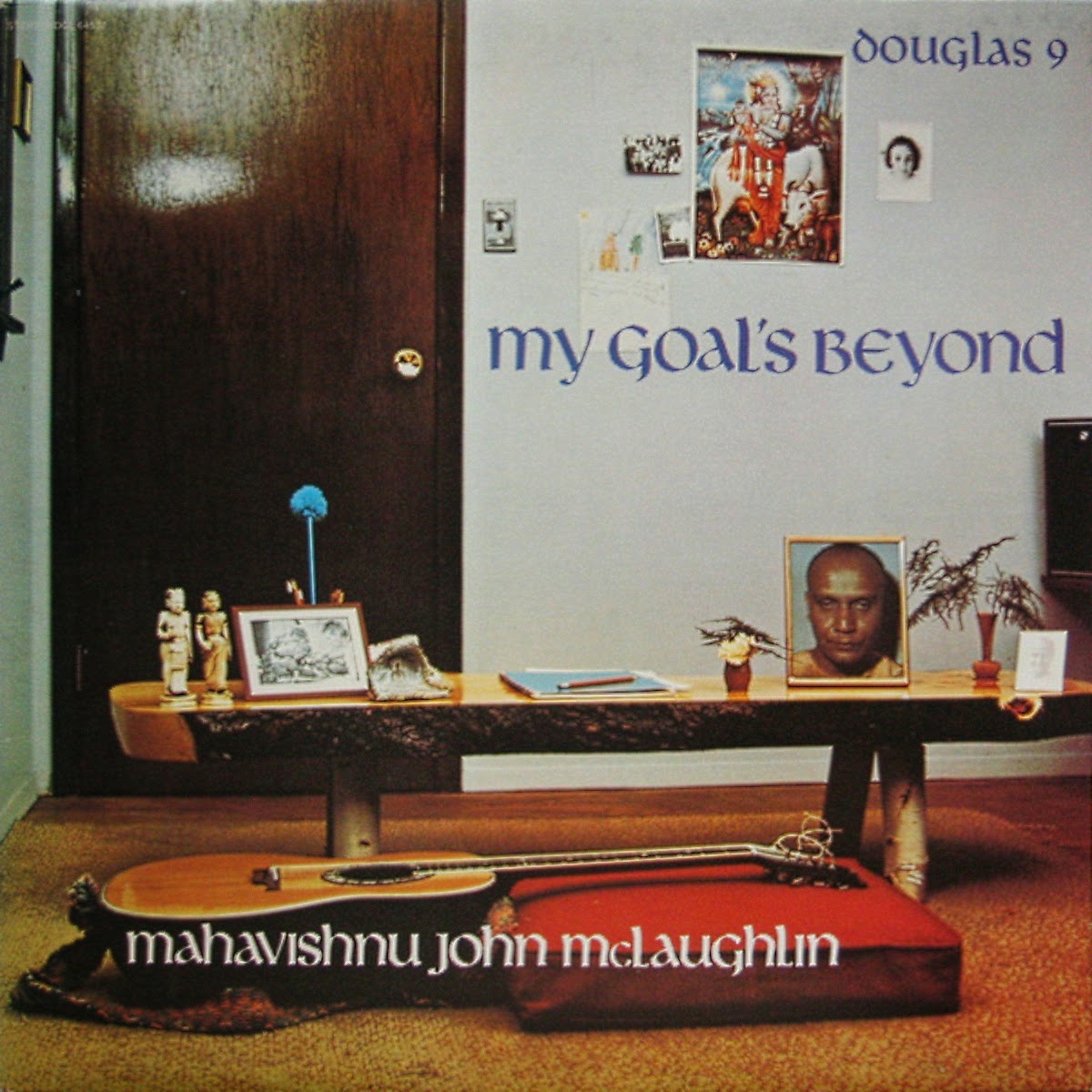 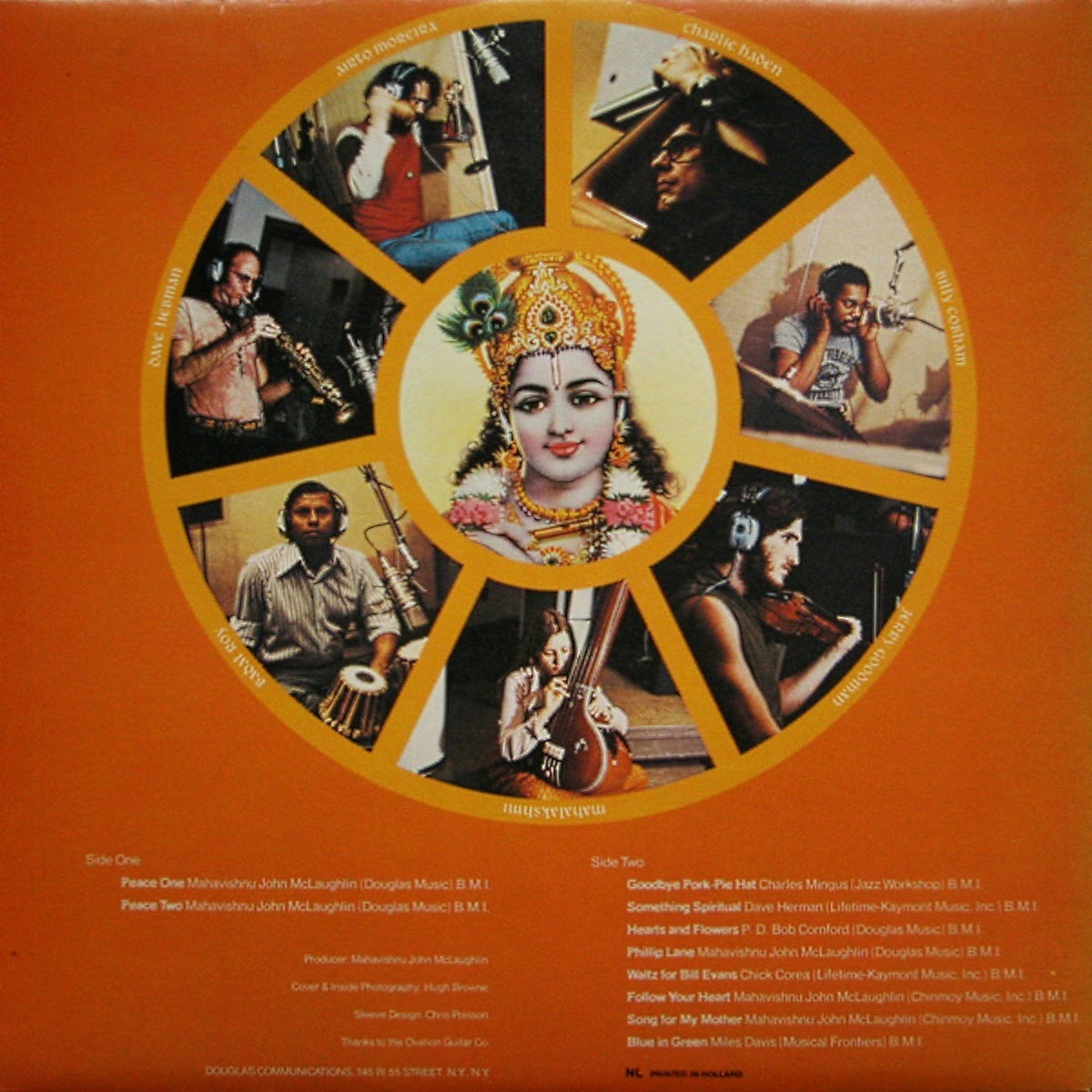 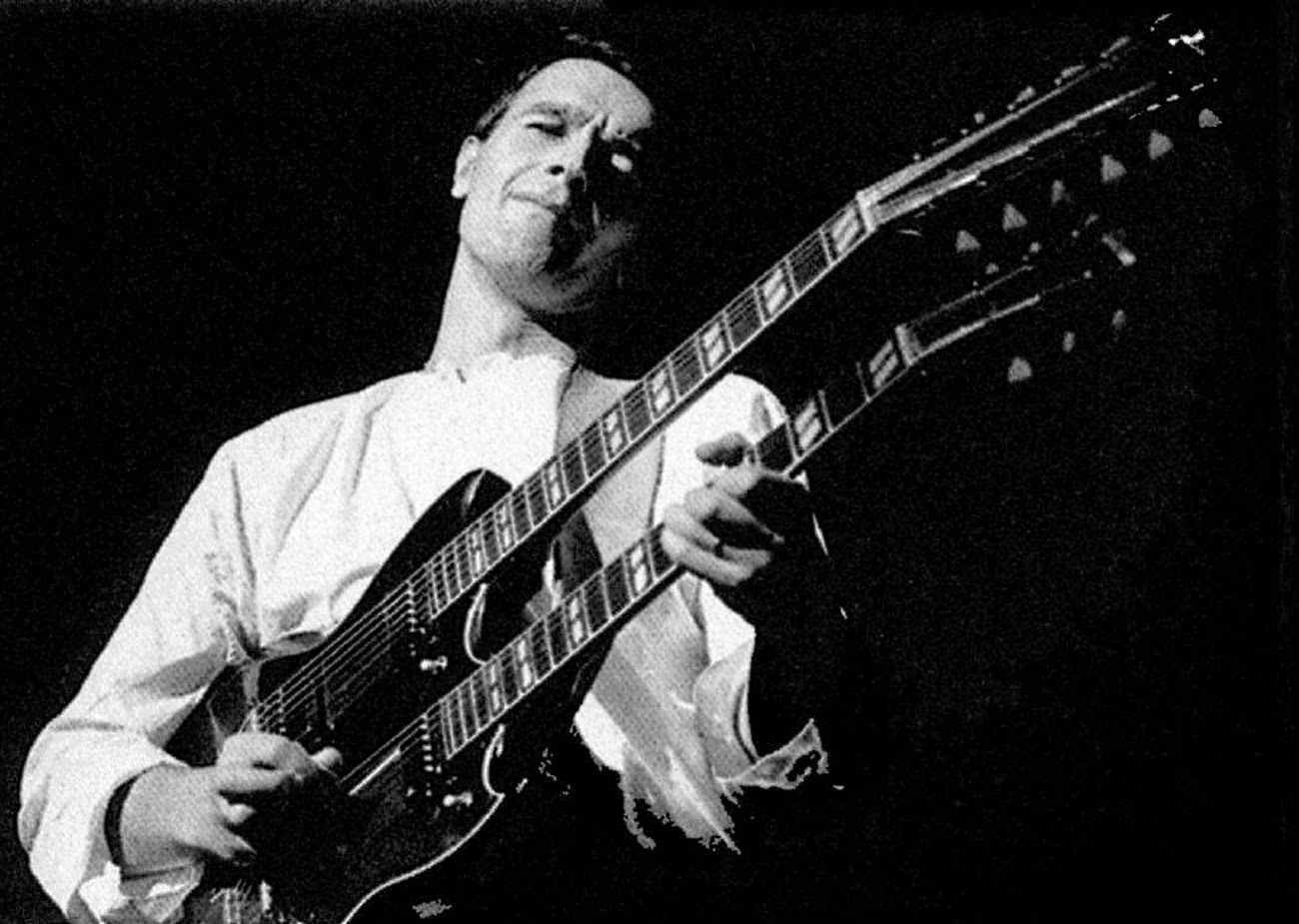 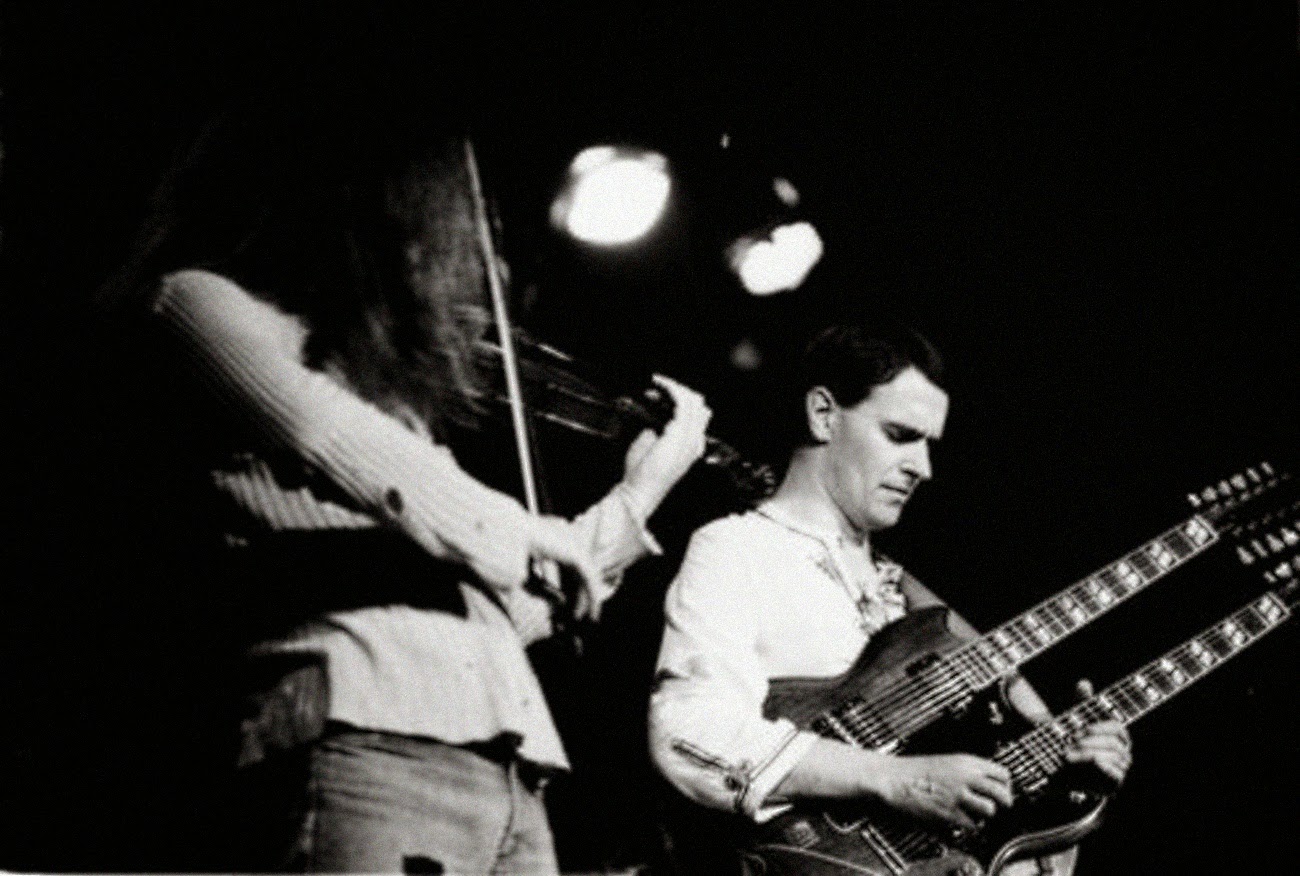 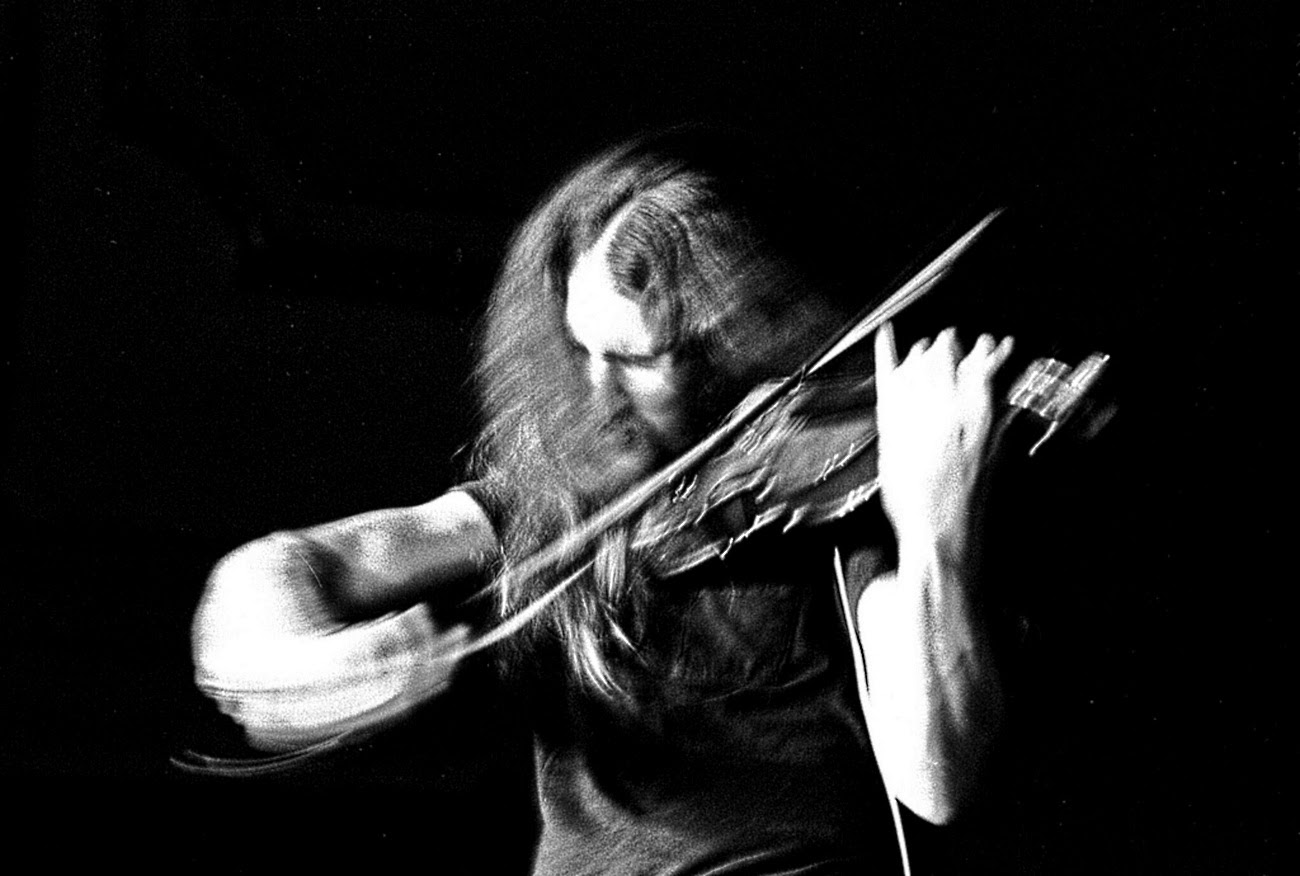 John McLaughlin: My Goal's Beyond Technically, the acoustic guitar playing on 1970's My Goal's Beyond does not approach the skill exhibited on most of John McLaughlin's recordings. Flubbed notes pop up here and there, and although this album is famous for McLaughlin's "solo" renderings of such classic tunes as Mingus' "Good-Bye Pork-Pie Hat," Bill Evans and Miles Davis' "Blue in Green" and his own wonderful composition "Follow Your Heart," Mclaughlin actually pre-recorded the chords and soloed over them.

However, no small amount of flubbing or overdubbing can take away from the fact that this album is a true masterpiece. MGB set standards for acoustic guitar playing which remain today. McLaughlin's soloing and chord playing was a revelation even to those familiar with his electric guitar style. He snapped the steel strings with the confidence of a warrior. His playing was amazingly fast, yet still melodic, and his tune selection was unusually eclectic. He was coming from an entirely new place.

The most impressive performance is the ensemble rendering of McLaughlin's "Peace One." Charlie Haden opens the composition with an infectious bass groove, and the tune features crisp, snapping acoustic guitar and Far Eastern tonal colors. Dave Liebman is especially up front on sax. Other members of the band included future Mahavishnu Orchestra band mates Billy Cobham and Jerry Goodman. Airto and Badal Roy also come along for the joyful ride. Violinist Goodman, in particular, makes some very strong statements.

So popular has this record become over the years that several labels have purchased it from catalog and re-released it. You can't kill this thing with a stick. In addition to the original Douglas 9 production, MGB has also appeared on the Warner-Electra, Ryko and The Knitting Factory labels (the latter being its latest reissue, from 2000).

MGB is considered to be a milestone in the career of John McLaughlin and the history of acoustic jazz guitar. To this day, there are many who claim it is still the greatest of all McLaughlin records. I recommend listening to this record once a month for the rest of your life.

We shouldn't forget that it took guts to record an acoustic guitar album during the times of Led Zeppelin and Jimi Hendrix. So although over the years the album has sold well through reputation, it totally bombed when it was released. MGB is a primary recording for any McLaughlin fan.