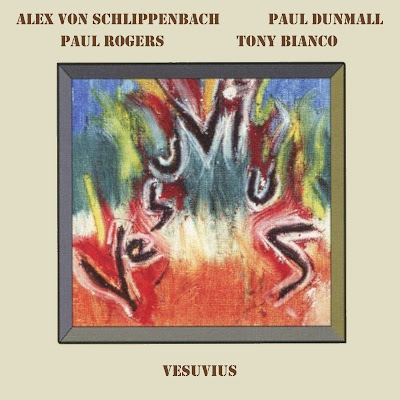 A set of 2 powerful improvisations by 4 masters of the genre. Alex Von Schlippenbach, one of the pioneers of the free jazz movement in Berlin in the 1960's, known for his legendary big band the Globe Unity Orchestra and his trio with Evan Parker and Paul Lovens. Recently he has recorded the complete works of Thelonius Monk. Paul Dunmall, one of the leading lights in melodic free improvising over the last 25 years on saxophone and his more revolutionary work on bagpipes, has an immense range of experience playing with Johnny Guitar Watson, London Jazz Composers Orchestra, Mujician and Danny Thompson's ‘ Whatever ’ . Paul Rogers is an integral part of the European Improvised music scene, working with all the recognized players across the continent and beyond, whilst developing his outstanding approach on his own designed 7 string bass. Tony Bianco, firmly rooted in the Jazz Tradition from his home in New York, has embraced all forms of improvised music. His drive and stamina are exceptional.

Description: Featuring Alex Von Schlippenbach on piano, Paul Dunmall on tenor sax, Paul Rogers on 7 string A.L.L. bass and Tony Bianco on drums. This is a colossal studio date and first time meeting of four giants of European improv. Of course, us Dunmall fanatics have heard the amazing Dunmall, Rogers & Bianco play in a number of different combinations, our favorite with Keith Tippet in Mujician. But never with piano master Schlippenbach: an all- star FMP great, in a longtime trio with Evan Parker & Paul Lovens and founding member of the Globe Unity Orchestra. 'Vesuvius' features two epic-length pieces, "Salamander" and "Leviathan",is over an hour long and is incredible throughout! Monster contrabassist, Paul Rogers, is erupting right from the beginning, burning and pushing the rest of the quartet higher and higher. American born drummer, Tony Bianco, has been living in England for the past 7 years, and is another unsung hero who has worked with Dave Liebman, as well as on a few Dunmall discs. He sounds superb swerving and moving intensely through the waves of rhythm with Rogers. I've had the good fortune to hear piano master, Schlippenbach, twice in the past few years at Tonic with Evan Parker & Paul Lytton, as well as up at Victo in a double trio Peter Brotzmann, William Parker & Hamid Drake. We've all been fortunate that Alex has been well recorded over the past few years: two box sets (that 'Complete Monk' on Intakt is killin' and that other standards box is out-of-print), a trio Aki Takase & a DJ on Leo, a double disc with the trio on PSI, that double trio on Victo and a couple of Globe Unity discs. Both Schlippenbach and Dunmall sound particularly inspired here, often riding the waves of rhythm and spinning out cascading lines of notes. All four musicians take a number of outstanding solos, both unaccompanied and with the quartet. "Leviathan" starts out fills with suspense as Alex rubs things inside the piano, the rest of the quartet floating eerie spirits in a ghost-like haze. For those who can't wait for that next Mujician disc, this is an equally cosmic date. 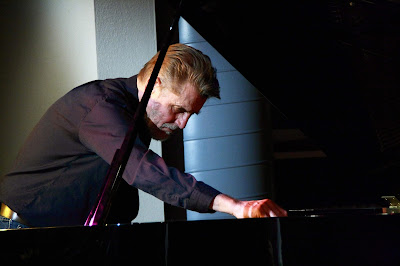 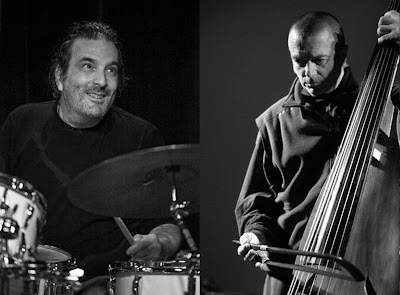 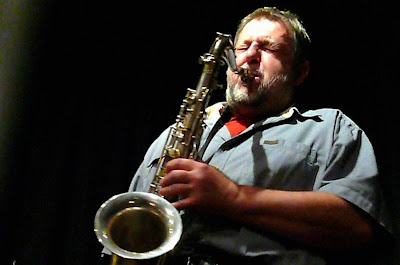 This is effectively Mujician with Tony Levin giving way to Tony Bianco on drums and Keith Tippett replaced by Alex von Schlippenbach on piano. But Schlippenbach has always let it be known that free jazz – and sometimes changes-and-rhythm jazz – are still very much what he does. The linear energy he brings to this is very different from Tippett ’ s more shamanic approach. The music remains more on a single level, without the transcendant leaps you ’ d expect from Mujician. Vesuvius works wonderfully – two large slabs of urgent, probing sound with no fat and little room for meditative pause. The pianist probes and prods at ideas that float up from some common pool of musical language, and then dismantles them. Paul Dunmall, playing only tenor saxophone this time, resorts to shorter and more angular phrases than usual, with phrasing that contends with the piano line. In a rather uncomfortable position in the stereo picture, Paul Rogers coaxes some highly effective sounds from his seven-string ALL bass, making full use of its cello range end, but never setting aside his familiar role, like a drifting anchor. Tony Bianco ’ s playing sits much further away from jazz again, even if some of his fast, urgently hissing figures constantly hint at a fast jazz 6/8 without ever resolving into it. He is what makes this such a different sounding date, and such a good one. The shorter “ Salamander ” does sound proven in fire, its surface bubbling and shifting like something molten cast into as yet uncertain form. The longer “ Leviathan ” manages not to lumber, but there are a couple of places where the direction seems in doubt and the four participants lose touch with each other. Even so, this is a remarkable, unexpected record with a real edge.