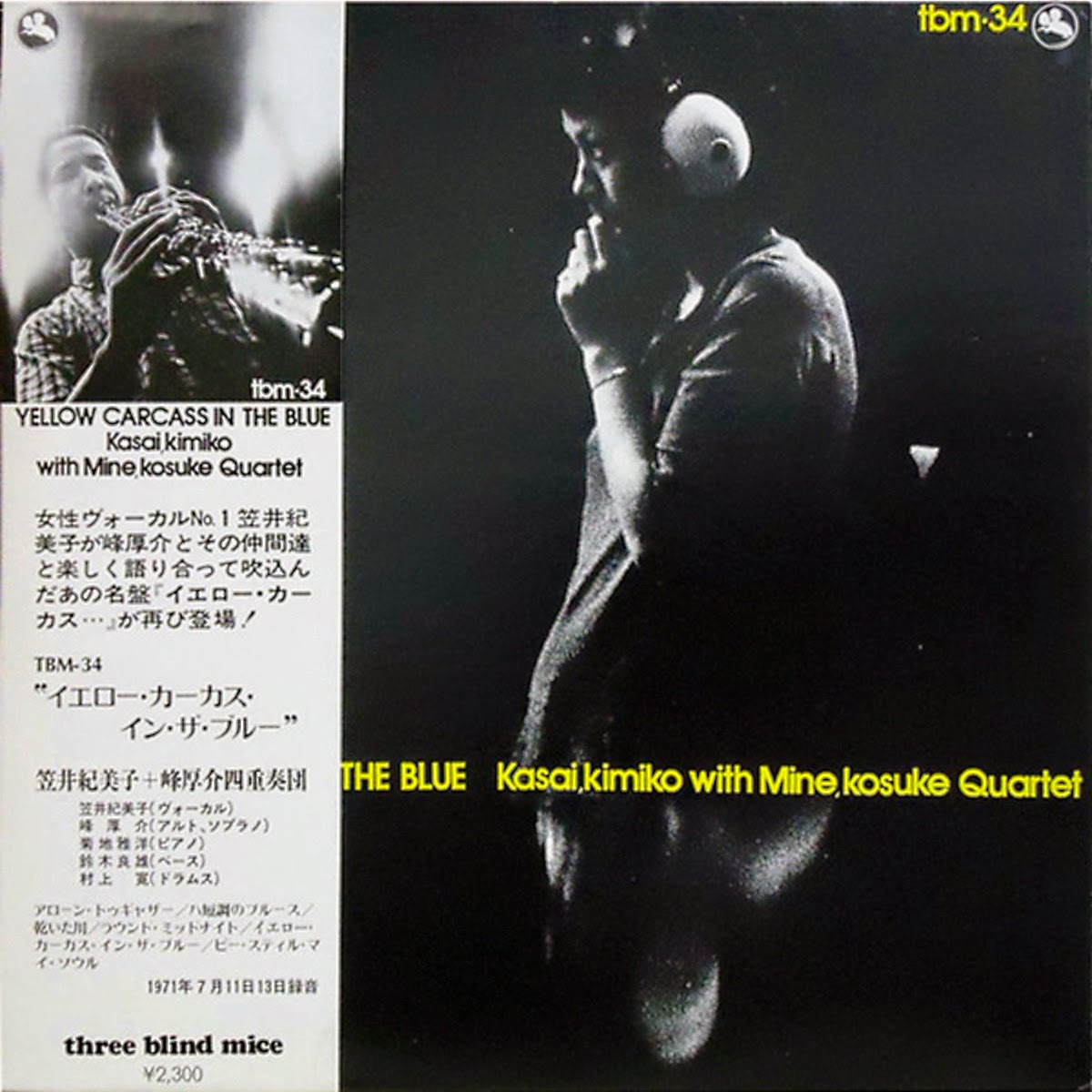 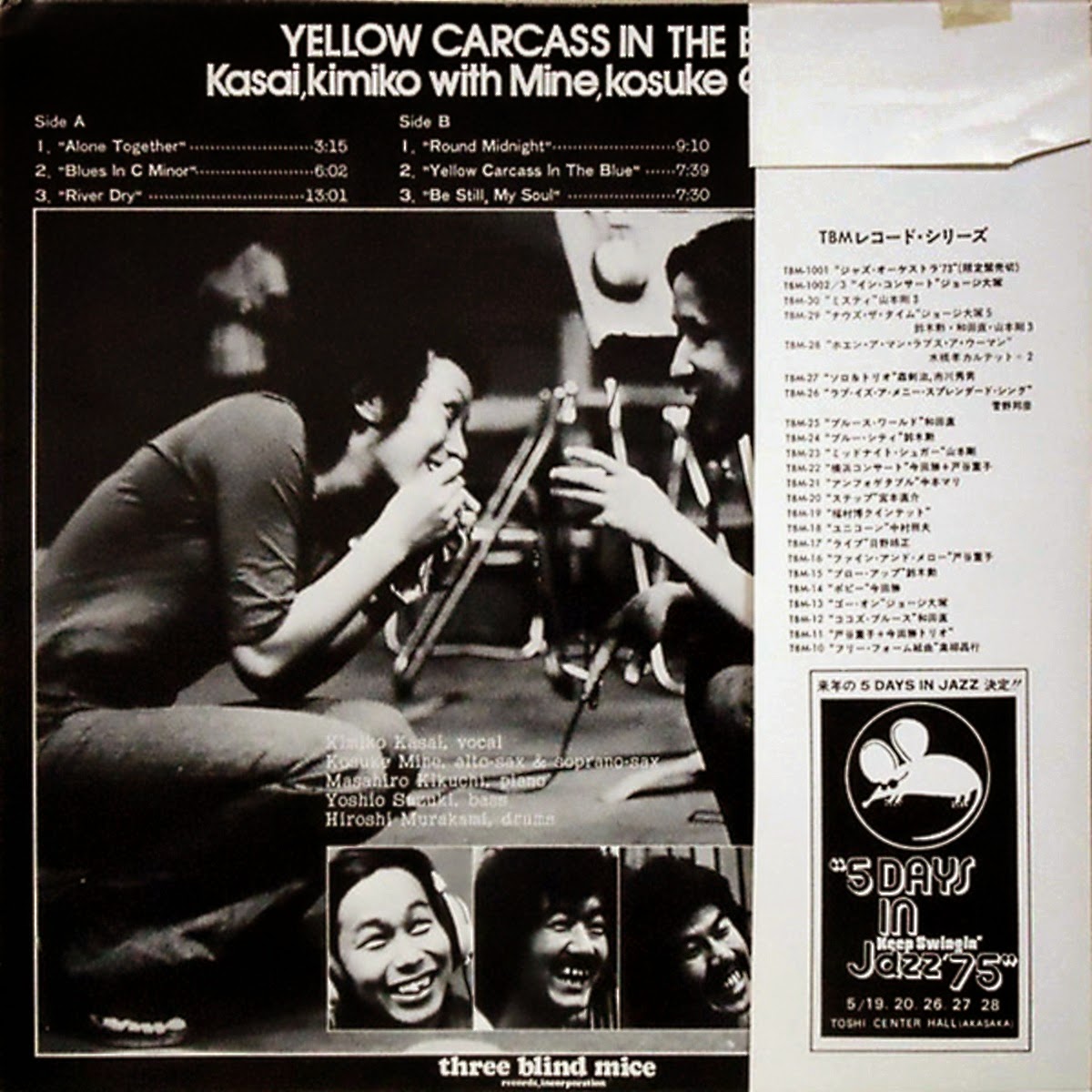 A record that's far more beautiful than you'd guess from the "carcass" in the title – a strong set of vocal work from singer Kimiko Kasai – easily one of the hippest Japanese singers of the 70s! Although Kasai's sometimes straight on the album, she also stretches out in freer, more expressive modes – at a level that's quite similar to some of the more experimental modes used by Karin Krog during the same period – although with a slightly unique feel as well. Backings are from the quartet of reedman Kosuke Mine – whose lines on soprano and alto sax are almost worth the price of the album alone – and all tracks are long... 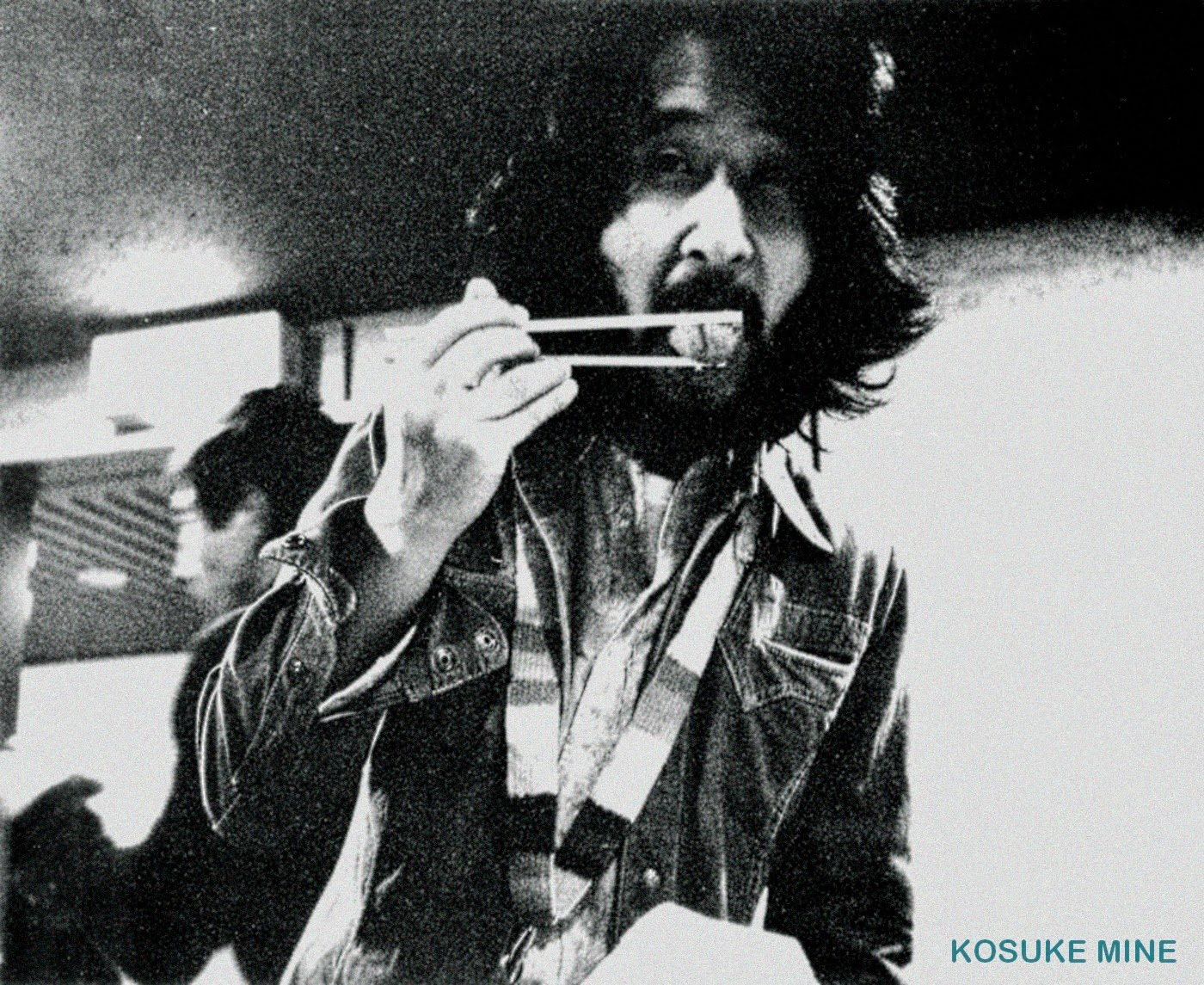 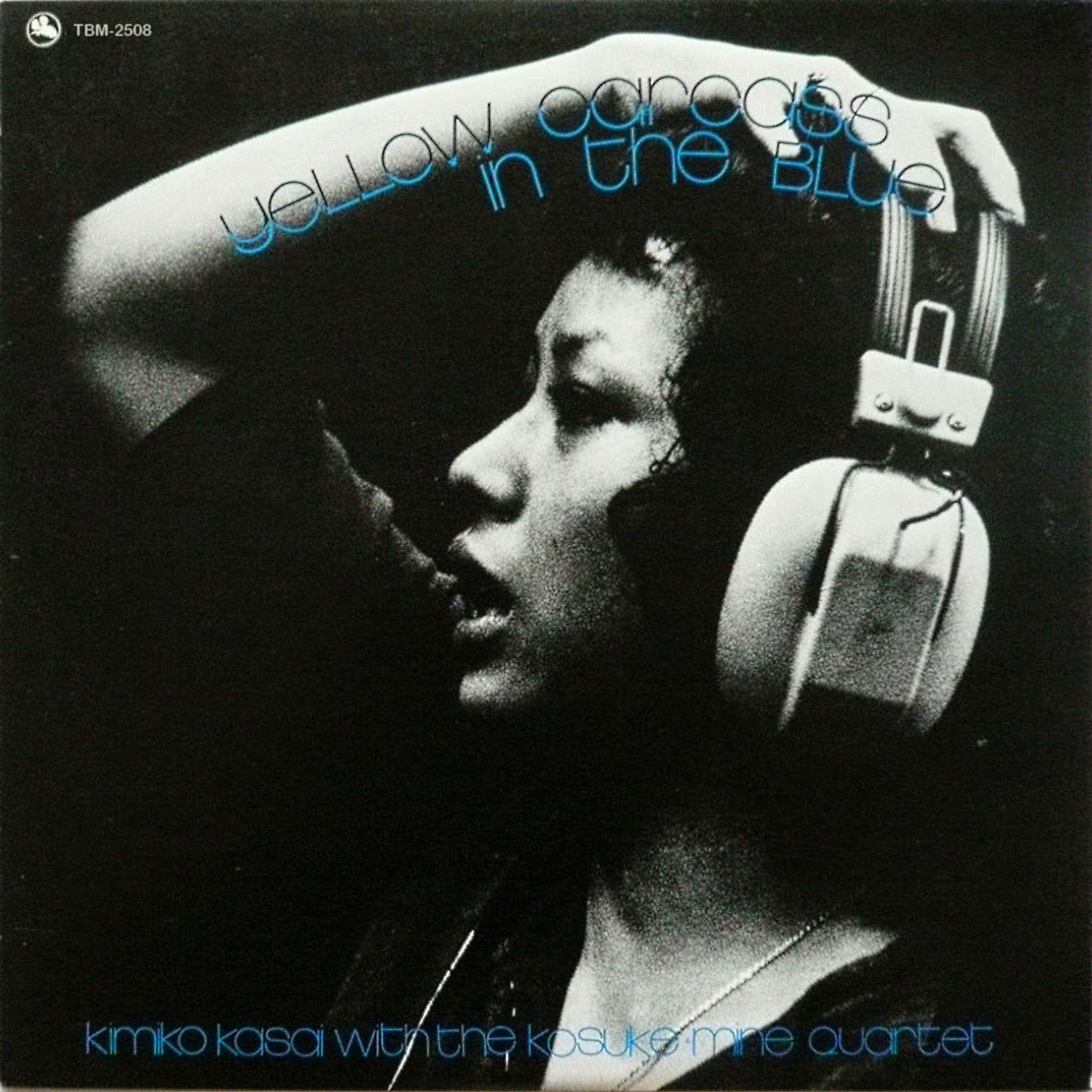 Yellow Carcass in the Blue is considered an important album by talented singer Kimiko Kasai in which she really began to show her original qualities. At the same time, as the "double bill" credit suggests, it was also a showcase for the Kosuke Mine Quartet, which plays two tunes on their own.

Kasai's slightly husky, soulful voice swings in the surprisingly fast opener, "Alone Together." She also wrote the lyrics on two songs: "Blues in C Minor" and "Yellow Carcass in the Blue." The latter was an instrumental composition by Masabumi Kikuchi, the talented, free-leaning pianist, to which Kasai wrote Japanese lyrics. They were ultimately translated into English and that was the version Kasai sang here.

On the two instrumental numbers, Kosuke Mine and his young cohorts (virtual all-stars) take off to great heights and challenge the listener, showing that they had digested everything from bop, modal playing and free jazz.