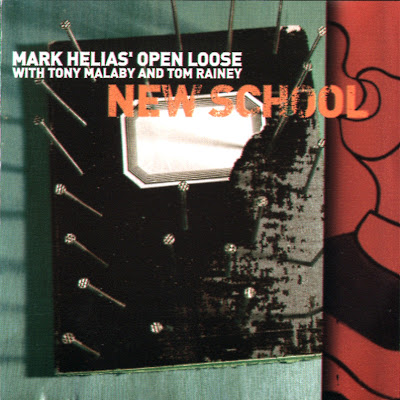 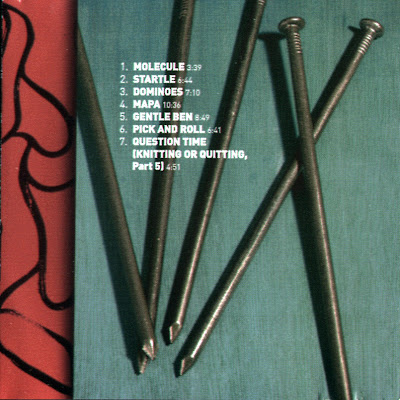 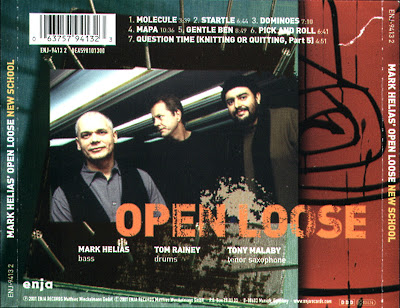 On September 21, 2000, bassist Mark Helias and Open Loose took the stage at Manhattan's New School University as part of an annual concert series produced by the Jazz Composers Collective. Happily, the tape was rolling and this superb CD is the result. The aptly named trio features tenor saxophonist Tony Malaby and drummer Tom Rainey. Helias pilots the group with a selfless spirit; his compositions walk a fine line between structure and freedom and any of the three instruments can take the lead or recede into the background at any time. Lurching unpredictably between stirring cacophony and wily precision, Open Loose rewrites the rules of jazz trio interaction even as they summon a sound rooted in jazz tradition. Highlights include the driving quasi-funk of "Mapa," the unison themes and frequent tempo shifts of "Startle" and "Pick and Roll," and the moody ballad "Gentle Ben." 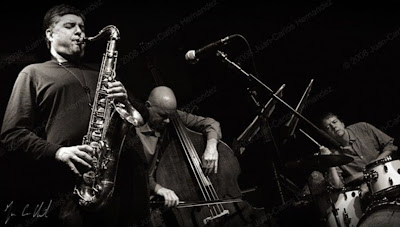 [They] produce a dynamic balance between written and improvised music.

The trio's name "Open Loose" refers not only to its musical style, but also to its personnel, which has seen frequent changes. Mark Helias' compositions are written with plenty of space in them, and are designed to be interpreted openly and loosely. They allow for seamless transitions between composed passages and improvisation, never easy to achieve.

Last time out, on the fine album Come Ahead Back, Open Loose featured Ellery Eskelin on tenor, plus Helias and Rainey. In this incarnation, now together for some two years, Malaby replaces Eskelin. Malaby's star has been rising in recent years, thanks to work with Marty Ehrlich, Tim Berne, Mark Dresser, and his own quartet. His playing here will further advance that rise. In freely improvised passages, he displays a penchant for melody and structure that gives them a sense of order. The trio's time and experience together is clearly evident from their interactions; they know and understand each other's playing. No-one dominates because no-one needs to; the three players seem to know and trust each other. They play with great economy throughout - there are no grandstanding gestures here, despite this being a live recording - and produce a dynamic balance between written and improvised music.