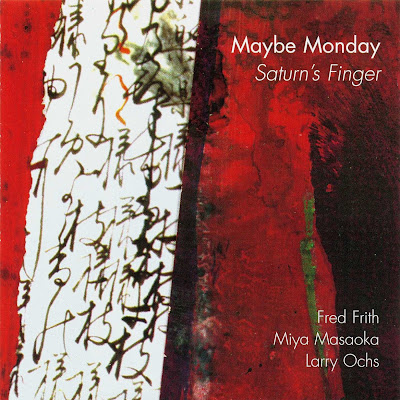 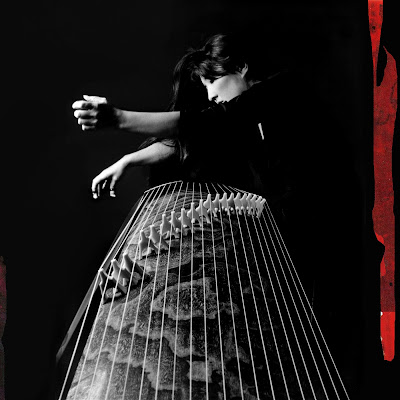 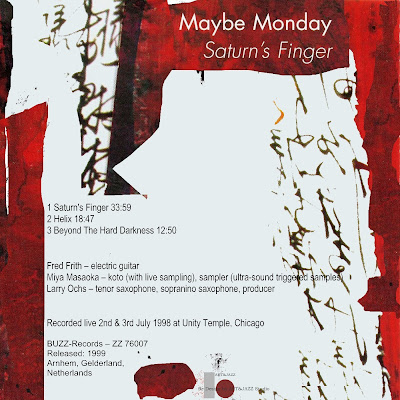 What we have here are three performers who possess extensive, disparate resumes along with exemplary credentials. The title track, Saturn’s Finger clocks in at 33 minutes and features unabashed, serious minded improvisation as Larry Ochs assumes the role of the speaker or lead voice via his articulate, full bodied phrasing and implementations of contrasting tonal colors. The proceedings continue with Fred Frith ’ s masterful guitar work as he whips the pace into full throttle with feverish and rapid fire strumming. Here, Ms Masaoka provides a backwash of electronics while the listener partakes in this journey into the cosmos.........Surreal interludes, dreamscapes fulfilled along with artful improvisation while Ms Masaoka ’ s proficient “ koto ” performances become more prominent as the piece develops, which adds an entirely different dimension to the overall vibe. Mid way into “ Saturn ’ s Finger ” , Fred Frith ’ s subtle utilization of tremolo on his electric guitar evokes sounds that seem to emanate from some undetermined origin. Frith proceeds to twist his guitar into knots along with adept utilization of harmonics, which could be some deranged version of “ Flight of the Bumblebee ” . A mixed bag of themes, contrasts and delectable intricacies along with some truly deceptive tactics come to light as though the band - “ Maybe Monday ” were shamans of some unknown habitat.

Saturn’s Finger is a multifarious extravaganza featuring some of the finest improvisers on the planet. The dawn of a new age? Perhaps – yet the trio calling themselves “ Maybe Monday ” celebrate the vitality of the spirit through dazzling interplay.........fascinating stuff! * * * * 1/2 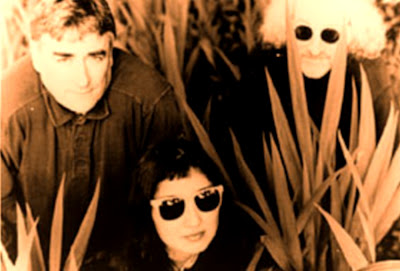 Maybe Monday is a tour de force of musical improvisation uniting three of today's foremost innovators: guitarist Fred Frith one of the seminal figures in the meeting of rock, improv, and new music; Japanese koto virtuosa and electronic music pioneer Miya Masaoka; and saxophonist Larry Ochs , a founding member of the world-renowned Rova Saxophone Quartet now leading several other bands. With its unique instrumentation, wide-ranging influences, and peerless expertise, the trio conjures a sound of striking unity from a would-be clash of opposites: the electronic and the acoustic, the East and the West, the lyrical and the explosive.
The compelling sound of Maybe Monday is captured magnificently on the band's debut album, Saturn's Finger (BUZZ-Records) — a thrilling live set recorded at Frank Lloyd Wright's landmark Unity Temple in Chicago on tour in 1998. Frith thunders on guitar, then plucks a soft tapestry of shimmering tones; Masaoka darts nimbly between echoes of Japanese court music, rasping bowed phrases, and other-worldly live electronic samples; Ochs soars above a guitar-koto groundswell with searing bursts of tenor sax, then evokes a beguiling dance of ethereal notes on his sopranino. Throughout this fresh interplay of moods and textures, it's obvious that this is not only an ensemble of expert players, but of unsurpassed listeners — musicians who value the total sound over the riff.
Maybe Monday first unveiled its collaboration in 1997, on-stage at San Francisco's Great American Music Hall. In retrospect, this meeting of talents seems almost inevitable: the three members of the group have been crossing each other's paths for years — Ochs with both Frith and Masaoka through numerous Rova projects, and Frith with Masaoka on a tour of Europe. Together, the trio embarked on a tour (primarily) of the West Coast in 1998 — Frith's first U.S. tour of any kind in more than a decade — culminating in the supercharged recorded performance in Chicago. Now, on the heels of its second album, the group started the new millennium back in SF at the Great American Music Hall, this time featuring special guest Joan Jeanrenaud on cello. An appearance by the same quartet follows at Victoriaville, Canada's festival: Musique Actuelle. The original trio then makes its first major tour of Europe performing in Marseilles, Brussels, Nancy, Bordeaux, Lille, Frankfurt, and other cities — all rare opportunities to catch one of the most exciting and fastest-evolving collaborations in new music today. 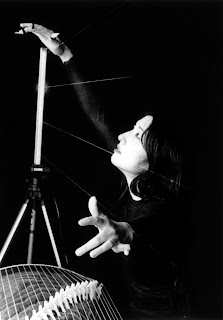 Miya Masaoka works simultaneously in the varied musical worlds of jazz, Western classical music, traditional Japanese music and free improvisation, and is currently the director of a traditional Japanese court music ensemble, the San Francisco Gagaku Society. Hailed as "a world-class innovator with uncompromising musicality" (New York Press), she has performed in Japan, India, Canada, and the United States, collaborating with such wide-ranging artists and ensembles as Pharoah Sanders, L Subramanium, Steve Coleman, Henry Kaiser, Wadada Leo Smith, James Newton, Mark Izu, the Rova Saxophone Quartet, and the Berlin Opera. She also leads a trio featuring jazz masters Reggie Workman and Andrew Cyrille — heard on her 1997 CD, Monk's Japanese Folk Song — and has had a residency at STEIM in the Netherlands, where she developed a MIDI (electronic) interface for her koto. Her most recent commission was from Alonzo King's Lines Ballet, and she is currently on tour performing the commission live with the ballet company. 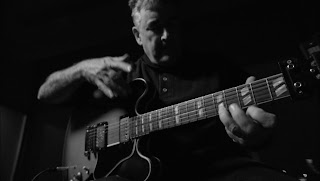 Fred Frith is a musician of "undying curiosity, bitter wit, child-like sense of play, and creeping melancholy" (Guitar Player). A pioneer in both rock and new music, he was a co- founder of the classic '60s and '70s British underground band Henry Cow. Following a move to New York City, he became a key member of the Downtown scene, playing in John Zorn's Naked City, in the trios Massacre (with Bill Laswell and Fred Maher) and Skeleton Crew (with Tom Cora and Zeena Parkins), and in Keep the Dog, a sextet performing an extensive repertoire of his original compositions. In addition to a wealth of performances as a solo improvising guitarist, he has also collaborated over the years with the likes of Brian Eno, the Residents, and the all-star band of French, Frith, Kaiser, Thompson (with drummer John French, guitarist Henry Kaiser, and guitarist Richard Thompson). He has composed works for the Rova Saxophone Quartet, Ensemble Moderne, Asko Ensemble, and his own critically acclaimed Guitar Quartet. He now resides on the West Coast, teaching full-time at Mills College in Oakland, California. 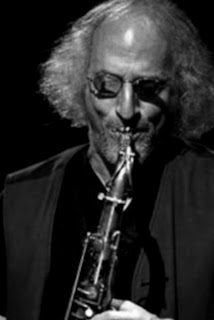 Larry Ochs has been a powerful influence on a generation of saxophonists as a member for more than two decades of the Rova Saxophone Quartet. With Rova, he has appeared on more than two dozen recordings, toured North America, the former USSR, Europe, Japan, and collaborated with the likes of Anthony Braxton, John Zorn, Terry Riley, Marilyn Crispell, Wadada Leo Smith, Margaret Jenkins, Kronos Quartet, and the San Francisco Taiko Dojo. Outside of Rova, he performed and recorded with the late saxophone innovator Glenn Spearman's Double Trio, and has also played extensively with the quartet Room, the trio What We Live, The John Lindberg Ensemble and the new Larry Ochs Sax & Drumming Core. As a composer, he has written some two dozen works for saxophone quartet and numerous other pieces for mixed ensembles. He also composed the music for the film Letters Not About Love, which was voted "Best Documentary Film" at the 1998 South-by-Southwest Film Festival. 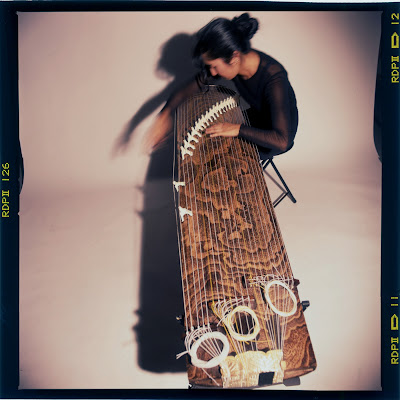 The koto is a Japanese instrument with moveable frets in the long zither family of Asian instruments. Its evolution reflects the continuum of change through the epochs of Japanese history, and includes ritual, sacred and secular folk and court forms. The full name, kami no nori koto, means literally, "Oracle of the gods" and was used in Shinto practices that continue in modern Japan. It is made of the rather soft kiri wood, and is over six feet long. The length of the vibrating part of the strings is determined by the placement of the moveable bridges (ji), each string having one bridge. Different placement of the ji produce different tunings. There are some 200 scales in Japanese music. The strings are plucked with ivory plectra (tsume) of varying shape. Miya Masaoka performs on the 17, 21 and 25 string koto. Her 25 string koto was made for her by Takashi Nakaji, and she is one of the few performers on this instrument.

In addition to studying traditional koto with Seiko Shimaoka, Masaoka has studied with teachers of Chikushi, Sawai and Ikuta schools. The koto is one of the instruments in the gagaku orchestra, and Masaoka formed the San Francisco Gagaku Society in 1990 under the leadership of Suenobu Togi, an organization that was dedicated to studying, performing and preserving gagaku. Togi Sensei traces his family lineage in the gagaku tradition more than 1200 years to China. He was educated at the Japanese Imperial Court Music School where he studied Japanese court music and dance since boyhood. Members of the esteemed Togi family were the first Imperial Court musicians in history to teach gagaku to non-Imperial Court Japanese civilians, to non-Japanese and also to women, all prohibited from learning gagaku.