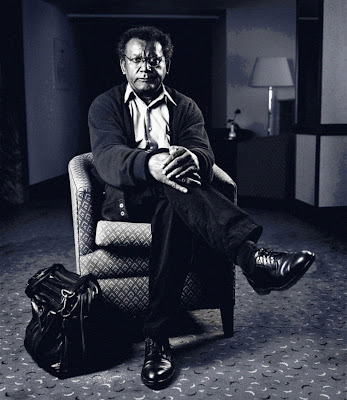 Braxton debuted as a small-group pianist during a week-long engagement at the Knitting Factory in late 1994. This gargantuan two-disc set documents that semi-auspicious occasion. The band is made up of solid downtown N.Y.C. professionals -- Marty Ehrlich on saxes and clarinet, Joe Fonda on bass, and Pheeroan Aklaff on drums; the repertoire comprised of several not-too-familiar standards by Charles Mingus, Lennie Tristano, and Thelonious Monk, among others. Braxton's pianistic style is much like his alto style. His rhythms are not even subdivisions of the beat. Braxton treats the pulse as a fence on which to hang the rhythms when he feels the urge, though he's just as likely to run alongside it, or ignore its existence altogether; he treats the harmonies with a similar bashful regard. His technique is that of an ingenious autodidact; he can definitely play, in his own way, but the way he treats the music is almost too personal. There's not much here that relates to tradition, and this vein of jazz is inextricably bound to tradition. This album is interesting in its way, but better to hear Braxton perform his own compositions in his native tongue than someone else's tunes in a borrowed language, even if he speaks that language in such a colorful and discerning dialect.