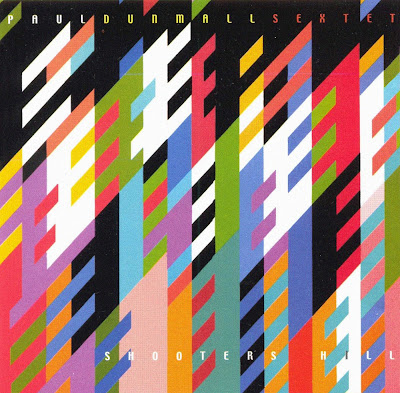 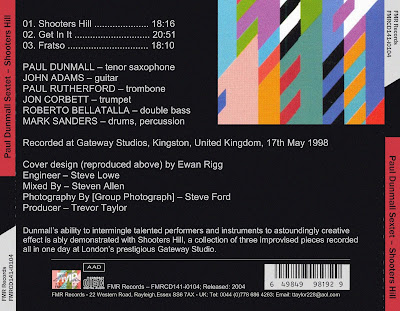 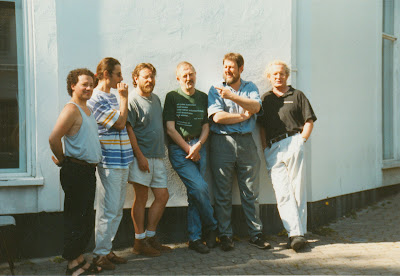 This photo is a gift from Andy

Paul Dunmall (tenor saxophone), Paul Rutherford (trombone), Jon Corbett (trumpet), John Adams (guitar), Roberto Bellatalla (bass), Mark Sanders (drums). Paul Dunmall continues his successful relationship with FMR with a classic example of UK group improvisation. Dunmall ’ s ability to intermingle talented performers and instruments to astoundingly creative effect is ably demonstrated with Shooters Hill, a collection of three improvised pieces recorded all in one day at London ’ s prestigious Gateway Studio. The tapes, which have been in the possession of the saxophonist since 1998, capture seven magnificent performers in fine form and Paul Dunmall has been eager to share them with an audience ever since. This is wonderful stuff and it is fantastic to see their long awaited release, at last!
_ (FMR, 2004)