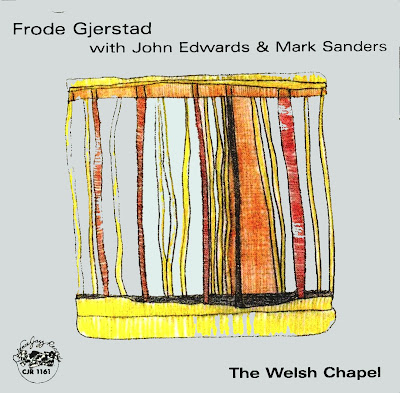 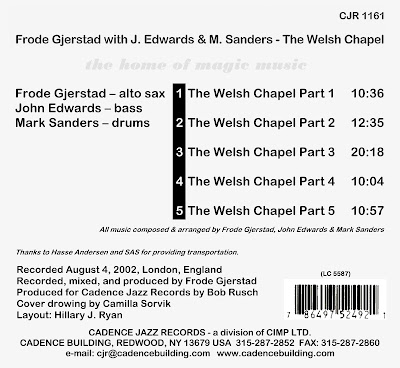 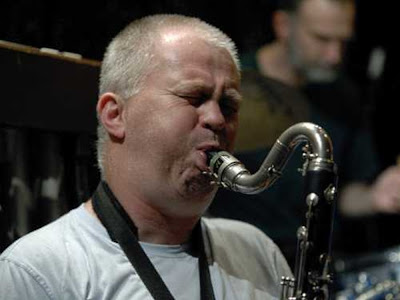 This one has all the trappings of an impromptu performance. After meeting British heavyweights bassist John Edwards and drummer Mark Sanders in the spring of 2002, Norwegian saxophonist Frode Gjerstad called them in advance of a trip to London that summer, and they decided to record a set in London's Welsh Chapel, with which they used Gjerstad's recording gear that he brought with him. The session clicks on almost every level for a variety of reasons. The saxophonist is clearly inspired by his rhythm section (who wouldn't be?), as they prod him to near-Elysian heights. Whether exploring the altissimo range on "The Welsh Chapel, Pt. 3" or just pounding away ferociously there and on every track, Gjerstad soars with the swiftness of an eagle readying to strike its prey. While a full hour of crushing pebbles sometimes makes for difficult listening, impressive solos by both Edwards and Sanders offer some respite, and Gjerstad's quieter sonorities on clarinet lessen the bite, though not the artistic value. By the time of this recording, Gjerstad had fully demonstrated his connection to the take-no-prisoners approach of, say, a Peter Brötzmann (with whom Gjerstad has recorded with usually outstanding results), but often the key to success lies in the vagaries of the moment and the compatibility of the sidemen. Here is an example of Gjerstad at his finest, blowing hard and firm, but connecting in mysterious ways with his hosts. For those wanting to be introduced to this exciting player, this album may be the place to start.