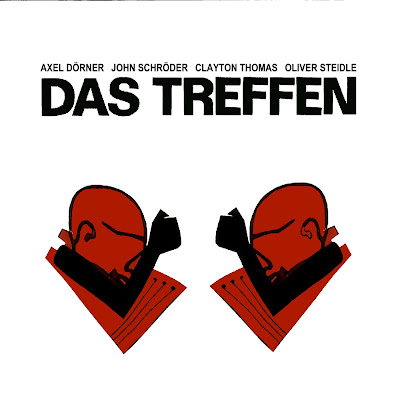 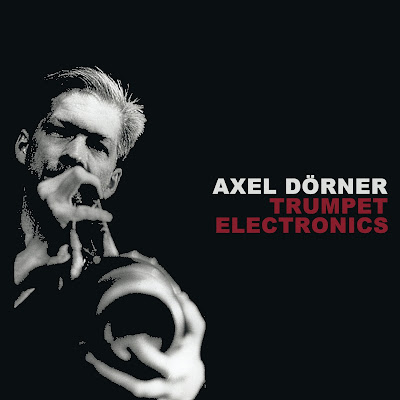 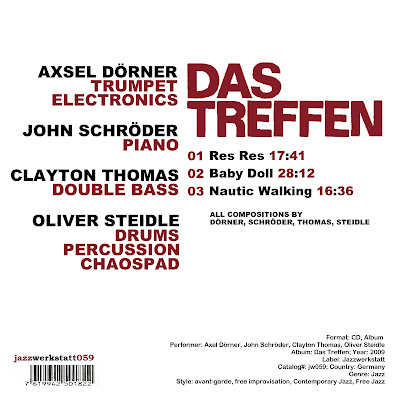 The first time in Chicago was all settled yet by phone, then there was the end of the salary barely above what. With e-mail, it now costs almost nothing to organize contacts and concert performances, as well as the flights are cheaper. If the trumpeter Axel Dörner reported his concert tours - actually, he's the whole year in the wide world of improvised music on the go - then it is not surprising bad. Dörner does not have a web presence, and his phone is often turned off, but the influential American jazz magazine Down Beat him one of the handful of European musicians, who will be able to jazz of the 21st Century add important and visionary music. In June, he will meet with Alexander von Schlippenbach and the band go The big disappointment on tour of Canada in order to present the complete works of Thelonious Monk in a new and pleasurable cooked version. At the trade fair Jazz Ahead, held just in Bremen, the jazz festival director Ken Pickering from Vancouver already enthused by the great music of the Berlin band and told how long you've been working on her tour. Dörner aware of his importance in the scene, international awards confirm him as the great innovators and experts. About the precarious situation in the field of improvised music he makes still worried. That one on the jazz show in Bremen but everywhere got the feeling that the world is watching Berlin, even if the European capital of jazz really was the theme at any of the numerous panel discussions, is good. Whether the highly subsidized French and Danes: they afford to own all festivals in Berlin and want to benefit from the creative atmosphere of the city. Even Alex Dutilh, chief of Jazzman, the main French jazz magazine plans to later this year, a Berlin- based businesses. The current issue can be found ever a portrait of the Berlin bassist Clayton Thomas, who is one of the key drivers of the local scene. His presentation tool includes rods and strips of wood and metal, a battered Australian car license plate, Filzklöppel and bows. As he puts these things between the strings, pushes and hits, he elicits from his instrument sounds that act strange, defiant and sometimes quite funny. That the people that you talk so much elsewhere in Berlin now also appear together fits. On Saturday, 2 May, they celebrate on the big stage debut: Along with John Schroeder, piano, and Oliver Steidle, drums, and Thomas Dörner occur in the Babylon under the name "Das Treffen ” (The meeting) on (20 clock).

Bassist Clayton Thomas is known to wedge a license plate between his strings and lists both Luigi Nono and Ghostface Killah as influences. A search for John Schröder's career shows that he's as respected a jazz guitarist as a drummer as a protege pianist. Downtown sound by way of Nirnberg Music Conservatory drummer / human metronome Oliver Steidle (currently on permanent tour with trio Der Rote Bereich, then Klima Kalima, et cetera) recently added a Korg Kaoss Pad to his kit. And, from Thelonious Monk tribute bands to interpretations of Cage-esque performance art works to classically trained pianist to adept trombonist to feedback tweaker to trumpeter, Axel Dörner also wears many hats. So you better hang on to yours (you know...your hat?)

Recorded in 2008, the quartet begins "Res Res" with an analog warble and frantic typewriter style metal pings, Schröder quickly adding to the mulch with high-pitched prepared arpeggiations (on this disc, he has a tendency to work towards a centered point as the others push away). As a gradually overwhelming siren-like pulse takes over, bass and drums give into the pianist's whim and move to a brief, speedy segment of polyglot gestures to match that of "Giant Steps"; Dцrner puts down the mixing board, picks up the trumpet and joins with a matching set of punctuating blasts. Like an intruding sunspot, the mood is ruptured for a moment with rattling metal (possibly by the license plate); they continue briefly before Schröder adopts a limited range staccato plunk (think toy piano) and Steidle moves to his own corner of contrapuntal minimalism. For the climax, Dörner and Steidle return to the original motif (Schröder advancing alone, now mixing two-part invention with romantic, lounging swagger), then spin a shrunken reduction — turntablist style — through the heart of a piece that travelled from Christian Marclay to Oscar Peterson to Xenakis in under eighteen minutes. Following suit on the looser "Baby Doll", the group wanders through a lugubrious series of extended techniques and puffing drones, all framed around Thomas's solo flight of texture, harmonics and resonance. Nine minutes in, something slips and on a lark they're back, sort of, bouncing between a tough swing, on-a-dime tempo shifts to a straighter, quicker groove and a mix of both — oh and here comes that swirling, hand-pushed turntable sound to introduce a scene change into even murkier musique concrete / electroacoustic improv. For "Nautic Walking", the quartet straddles their bi-polar approach while adding microbursts of rock and late '80s break-neck hardcore rhythms to the merry go round. Of course this union is rife with disparate agendas — it should be; but the surprise is how well this internal dissonance (working together by working apart, if you will) galvanizes global accordance and organic progression in the music; with Das Treffen (German for "The Meeting"), diverse individuality gives the album a portentous and distinct personality.