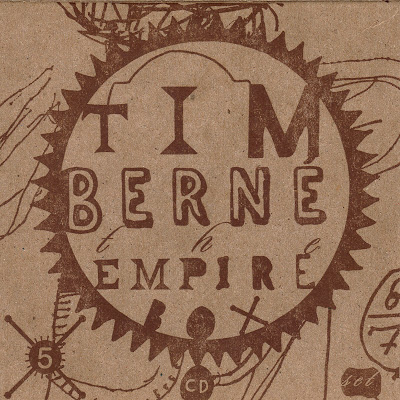 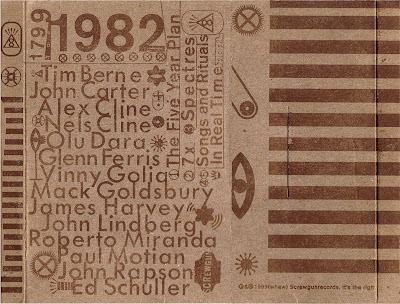 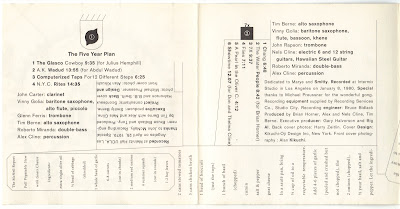 CD 5 - SONGS AND RITUALS IN REAL TIME (Vol. 2)
1. Shirley's Song (For Shirley Britt) /The Mutant of Alberan
2. Flies/ The Ancient Ones (For Alex Cline) 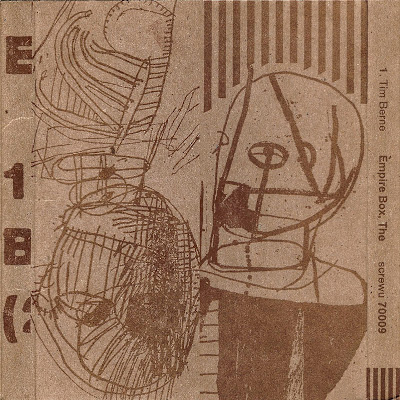 The most remarkable thing about this box set of four of Tim Berne's reissued releases from the JMT label is that the wealth, depth, and breadth of the material here was recorded in only two years. This is astonishing, if one considers -- merely by cracking the box set open (a very handsome cardboard sleeve, really) and looking at the notes -- that Berne composed, arranged, and performed on these albums with no less than four different bands during the period. For starters, from 1979 there is The Five Year Plan, which featured Berne alongside the late clarinetist John Carter, wind and reedman Vinny Golia, drummer Alex Cline, and bassist Roberto Miranda. This is a live date with Berne's aggressive saxophone work taking a back seat to his leading a band full of strident personalities. Certainly he blows here, especially on alto on "The Glasco Cowboy," written for his mentor and hero, the late Julius Hemphill. Carter and Golia entwine each other, playing through separate harmonic architectures through the entire gig. Everything is crash and burn, and let's see who gets there first. Next is 7x, with Miranda, Cline, his brother Nels on guitars, Golia, and trombonist John Rapson. Here, the aggression factor is heightened by the presence of Nels Cline, whose overdriven scree and amplitude push Berne into the red zone and make Golia carry the structural frameworks and harmonic structures of most of the numbers. An excellent example is when Berne and Cline begin to solo at each other in "The Water People," and Golia and Rapson offer a contrapuntal intervallic figure to hold them in check while the rhythm section moves the tune into more open territory to accommodate them. 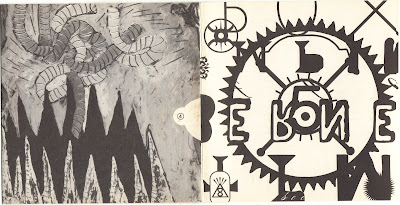 On Spectres, from 1981, Berne's counterparts include trombonist James Harvey, Olu Dara on cornet, and John Lindberg and Ed Schuller on alternating basses. On the title track and on "Hot and Cold," Berne utilizes the humorous aspects of Dara's attack on the cornet. Dara is the king of tricks on the instrument, and gives everything a loose carnival feel, even in the heat of a chromatic solo. When the band launches into "Stroll" with Lindberg, it's two players with a wry sense of jester's humor moving through Berne's raw emotionalism and roughing out the edges; the tempered moments of free- swinging post-bop are joyous in both their levity and intensity. Finally, on the double album Songs and Rituals in Real Time, Berne's compositions are in the hands of a band that includes drummer Paul Motian, Ed Schuller, and saxophonist Mack Goldsbury. In this quartet, also recorded in 1981, Berne found the perfect balance of aggressive improvisatory innovation and hardcore, taut ensemble playing. His compositions and arrangements walked the tightrope between restrained, reserved timbral and tonal equanimity and a swinging, blowing rhythmic intensity that had each saxophone player trying to move the other up the scale, not in terms of competition, but in expression. From a knotty, shimmering blues-like figure on "New Dog/Old Tricks," Berne slips into a modal R&B as Goldsbury answers him by taking the modal scale out of the rhythm section's interval, carrying it into an empty one (a diminished fourth), and roaring into the stratosphere with it. For their part, Motian and Schuller play around with time a lot, they stretch intervals to the breaking point and somehow roll them over, and conversely break apart small units of time into bebop-like figures. The 25-minute "The Ancient Ones" is one of Berne's finest moments as a composer and as a soloist, as he goes head to head with Schuller and Motian for ten minutes and clips through the entire chromatic range of his chord progression's palette. Each color becomes another figure upon which to build and deconstruct. 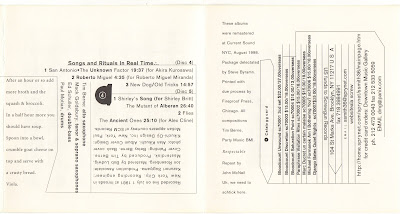 This set is a must for Berne's fans who didn't have the opportunity to get the records the first time around and, for those who did, hearing them in this way, as a set of music spanning only two years (the albums themselves were issued over a longer period), it becomes a revelation of Berne's development as a bandleader and as a soloist. Here is the shop work that witnessed him harnessing his considerable power as a composer and his frighteningly deft ability as a soloist, while leading not just one but four bands in a variety of settings with the same clarity and quality. Essential.