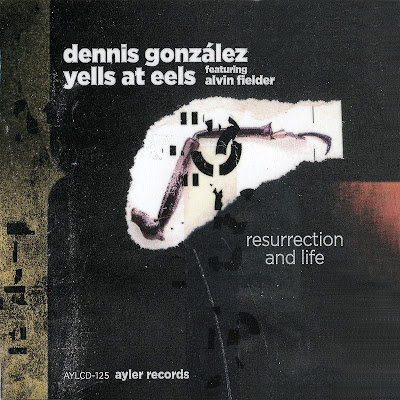 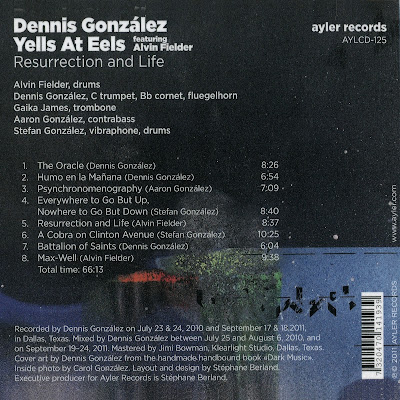 In August of 2009, drummer Alvin Fielder, the legendary AACM founder, was near death, seemingly at the end of a long and productive life. Indeed he had already died several times, only to be brought back by doctors each time during a grueling seven months of grave illness. After his amazing recuperation, the 76-year-old living treasure travelled to Dallas during the summer of 2010 (and then again in September 2011), specifically to visit trumpeter Dennis González and sons (contrabassist Aaron, and vibraphonist/drummer Stefan) and work on this Yells At Eels project, with several days of rehearsal, recording and relaxation, along with the talented young trombonist Gaika James, joining the González clan on these occasions and providing the perfect sound to round out the quintet. The aptly named Resurrection and Life presents the most inspired moments of these Texan sessions. 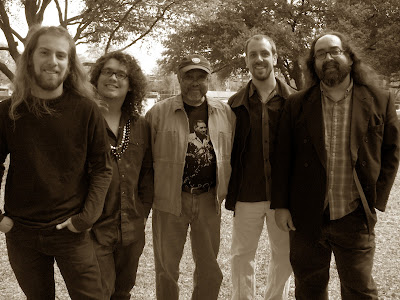 I come from a family of musicians; both my grandfathers wrote and played music, and my father plays trumpet, once cutting a record as part of Texas ’ Montezuma Band. Growing up, I tried my hand at several instruments, never really mastering any of them, but I retained my love of music and my appreciation of how music is created. I call Dallas ’ Oak Cliff my home, so imagine how intrigued I was when I learned that one of Jazz’s most influential musicians has been living and creating music right here in North Texas, in the heart of Oak Cliff. His name is Dennis González.

A musician/composer, visual artist, broadcaster, writer, educator and linguist, Dennis González showcases a wide array of talents but when it comes to music, it ’ s all jazz man. For the past 35 years, González has led the way in Underground and New Jazz styles that have defined the genre here in the United States, as well as in Europe. He has performed in festivals, concerts, workshops, and television and radio programs throughout the world, but he stays close to his roots here in Dallas, where he produces CDs under his own label: daagnimRecords.

Great musicians enjoy collaborating, and González is no exception. He’s jammed with such Jazz legends as Alvin Fielder, Tim Green, Kidd Jordan, Marlon Jordan, Elton Heron and Clyde Kerr. But in true Latino style, González stayed close to family by forming an eclectic jazz band with his two sons Aaron and Stefan. The trio formed Yells at Eels, a collaboration of different freestyle Jazz sounds that mix surprisingly well to produce a modern Jazz sound that feels both edgy and classic at the same time. Yells at Eels is starting 2012 with a new album, Resurrection and Life, that brings the Yells at Eels trio together with the drumming magic of New Orleans Jazz legend Alvin Fielder. Dennis González and Alvin Fiedler have a long history of producing music together; a relationship that sometimes brought them together for jam session in his house in Oak Cliff.

“I’ve been playing and recording with Alvin Fielder for almost 30 years. My sons were tiny tots at the time of the early recordings and concerts, running around in skivvies all over the place as we recorded and rehearsed at the house in Oak Cliff. So they grew up with all these legends hanging out in the living room and eating their mom ’ s great country cooking during the rehearsals. It was in 1999 that I started making plans to have Aaron and Stefan, now great instrumentalist in their own right, join with me and Alvin. Nothing wrong with two percussionists playing together, especially Stefan and Alvin! So we started recording Yells At Eels with Alvin Fielder and other well-known jazzers as well, ” González said in an interview with the Dallas Observer.

Dennis González Yells At Eels featuring Alvin Fielder has just been made available this week to purchase and download online here. Listening to a few of the tracks and watching the homemade video of the two González brothers jamming with Alvin in the video below, you get the sense that this album, and this collaboration, has a rich history fueled by the love of Jazz music. The fact that Dennis, Aaron and Stefan have together harnessed the musical bug that runs in their blood makes this family of musicians something that Dallas should proudly call an extremely talented product of Oak Cliff.