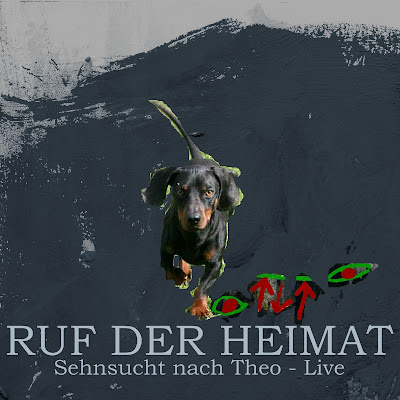 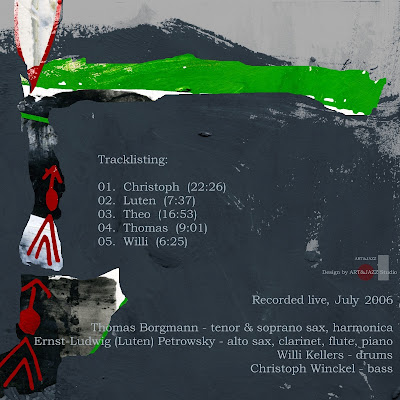 After a few years of break, the quartet RUF DER HEIMAT was reorganized in 2003. In the original cast of Thomas Borgmann and Ernst-Ludwig Petrowsky the saxophones, Christoph Winckel on bass and drummer Willi Kellers they gave in Berlin and elsewhere enthusiastically received concerts, and then went back on tour. As if nothing had happened, but better than ever.

The quartet was founded in 1992, initially only with Petrowsky as second saxophonist, then a few years reinforced with Peter Brötzmann, or ever again. Formation in the enlarged with Petrovsky and Heinz Sauer In between there were also tours with Charles Gayle, Roy Campbell, John Bauer and Olaf Rupp. 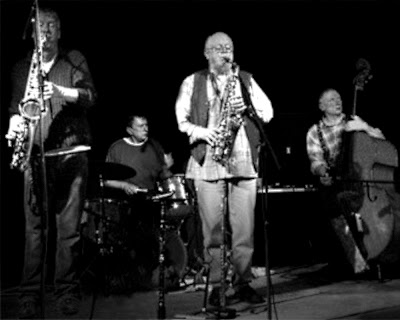 Ernst-Ludwig Petrowsky is considered one of the fathers of jazz in the GDR. He coined here much since the mid-50s whose development. Unique profile he developed in groups such as "Synopsis" and "Zentralquartett" and as a member of numerous international top ensembles, such as the "George Gruntz Concert Jazz Band" or the "Globe Unity Orchestra". Petrovsky is awarded the German Jazz Award 1997 - Albert Mangelsdorff price.

Thomas Borgmann is the founder of "Ruh Der Heimat" and is actually a conservative. He belongs to the narrow portion of a generation progeny that preserves the legacy of those who in the sixties - inspired by Ornette Coleman, Don Cherry and others -. Interspersed demanded radical expressions in jazz, and this attitude is far from the end are "(Eric Mandel). His many years of work in a trio with Wilber Morris & Denis Charles and (after the death of Charles) Reggie Nicholson 'BMN' than many others his various collaborations with musicians such as Borah Bergman, William Parker, Peter Brötzmann, Roy Campbell, Thurston Moore has been extensively documented on CD's or presented at numerous international festivals. He is one of the most active and most sought after saxophonists on the scene.

Willi Kellers studied music at the Universities of Münster and Detmold. He worked as a composer at theaters in Bochum and Cologne, Basel, Hamburg, and at the Burgtheater in Vienna. Heard he was Luten at numerous concerts and tours with Peter Brötzmann, Tony Oxley, Frank Wright, Willem Breuker, Albert Mangelsdorff, Peter Kowald, Keith Tippett, Lol Coxhill, Marylin Crispel, Manfred Schoof, Fred Frith, Charles Gayle, Cecil Taylor, Petrovsky, Barre Phillips and many others

Christoph Winckel: considered to be the most stubborn and powerful bass in the whole of Germany, a free player, but with tremendous swing. In the former East Germany he was one of the busiest musicians, made in the 90's then a lot of theater work (including Hamburg, Bochum) and tours in the Charles Gayle Trio, with Phil Minton or Peter Brötzmann Trio.

Stuttgarter Zeitung : "... Petrowsky responds to Borg's distinctive tenor voice in his way: a highly energetic and very empathetic. The drummer sparked real thunderstorm. The roaring sound suddenly fades thunderstorms that drum brushes sound like rain, and the woodwinds close your eyes, be very lyrical and lined a pastoral harmony to the other. Free music that reveals its beauty not lightly ... "

Weser-Kurier : [The concert] "... ends in a monumental noise soundscapes. Free jazz of the highest quality offered to the audience. Alluring tones use cookies inroads suddenly go completely to mimic in their game and offer jazz fans an incredible experience creative and experimental game. A performance that had earned a huge applause".