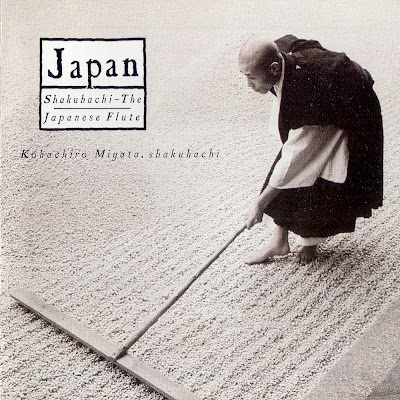 KOHACHIRO MIYATA has been recognized in recent years as one of Japan's leading players of the shakuhachi. He joined the Ensemble Nipponia shortly after its inception and is one of its most prominent members: he has been selected as one of the few to participate in each of the Ensemble's overseas tours. Mr. Miyata is noted for his playing of contemporary as well as traditional music, and his recital programs are devoted equally to both repertories. He is regarded as one of the first to compose and perform on the modern 7- hole shakuhachi. 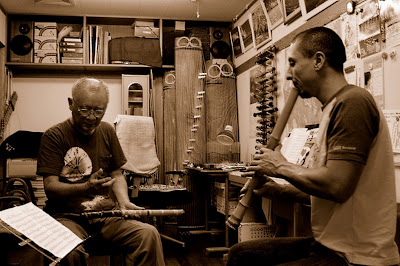 
This CD is re-release of an LP issued in 1997 by Nonesuch. It is probably one of the most known and most sold shakuhachi records in the West. When one looks around for Japanese music, it may be the one found the most often. Kohachiro Miyata is considered one of the leading shakuhachi players in Japan, along such musicians as Katsuya Yokoyama, Goro Yamaguchi, or Aoki Reibo, for example, as well as being an active composer of works for traditional Japanese instruments. On this CD, he presents us with five of the most known pieces of the Japanese honkyoku repertoire (honkyoku referring to solo pieces for shakuhachi). The one thing that strikes the most about Miyata's playing is the purity and quality of his sound. There are many different styles of playing the shakuhachi, some breathy, some more technical, some with particular playing techniques, generally according to the style of a particular school of playing. Miyata's style is natural, looking for a quality and purity of sound in each and every note. A must!
_AMG