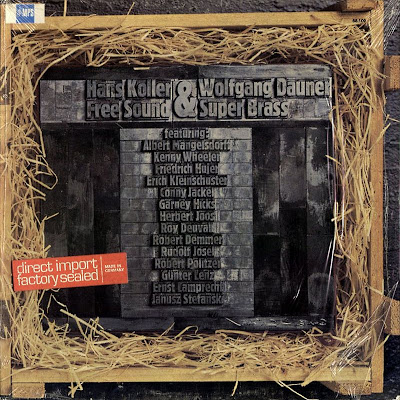 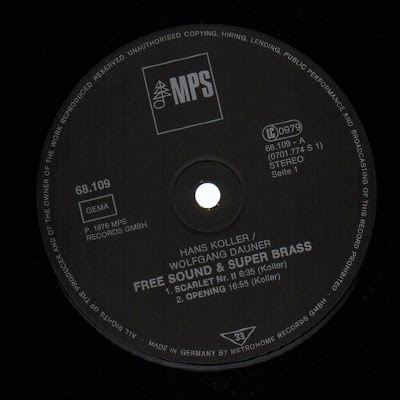 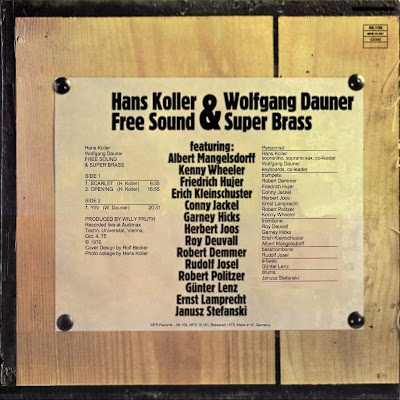 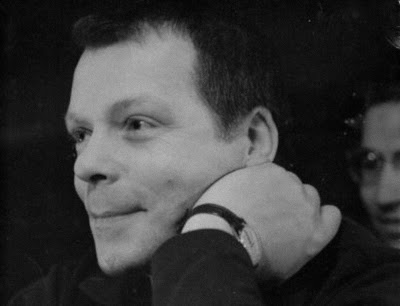 Hans Koller was based in Hamburg through the 1960s, working as musical director of the city's Schauspielhaus at the decade's end. In 1970 he returned to his hometown of Vienna and began exploring free jazz with Wolfgang Dauner in his Free Sound Ensemble (Free Sound and Super Brass, 1975, MPS). Koller's subsequent projects included duos, the brass ensemble International Brass Company, mainstream combos, and an all-sax unit. He occasionally worked on interdisciplinary projects as well, like his 1968 ballet, New York City. 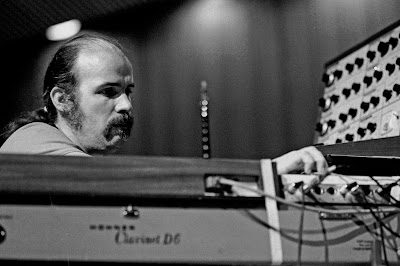 An intriguing composer and ambitious pianist, German musician Wolfgang Dauner has combined jazz, rock, electronic music, and elements of opera and theater in creating broad- based, ranging works. While at times these compositions may seem too far-reaching, Dauner's best work shows the links between idioms and genres and offers provocative musical and cultural concepts. He studied trumpet, piano, and composition at the Musikhochschule in Stuttgart, then joined Joki Freund's sextet in the early '60s. Dauner appeared at several German festivals, then made his recording debut heading a trio in 1964. It was one of the first European free jazz recording sessions. Dauner led Radio Jazz Group Stuttgart and wrote compositions for them in 1969. He formed the jazz-rock band Et Cetera in 1970, then, with Hans Koller, co-led the Free Sound & Super Brass Big Band. He helped organize the United Jazz and Rock Ensemble in 1975, and began featuring theater, opera, and dance segments along with his performances in '70s and '80s concerts.