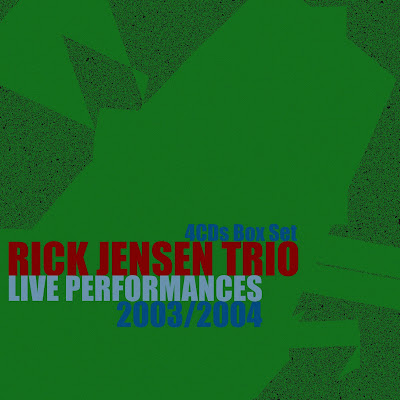 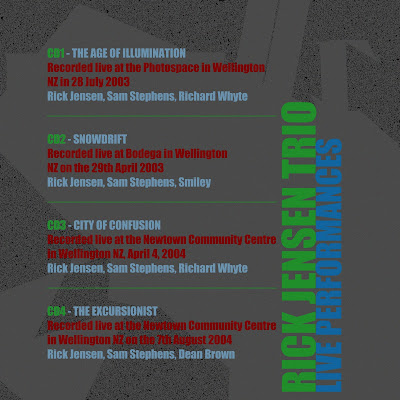 The Rick Jensen Trio/Quartet was started in New Zealand 1999, now based in London U.K. The group is a live performance ensemble that has many members come and go throuhg the years. All the music is completely improvised, making every performance and recording completely unique. 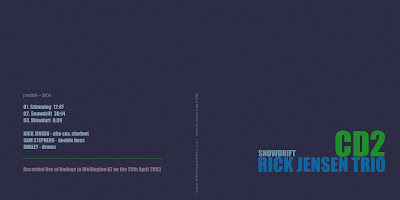 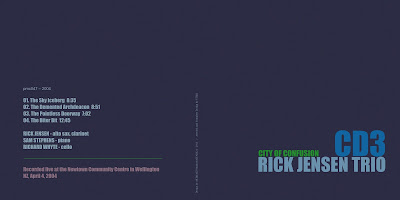 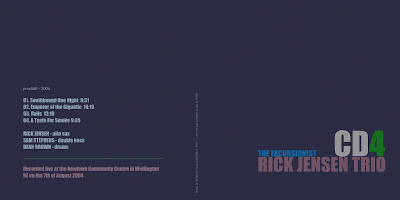 Many different musicians have played with the band, some only once and others have stuck around for a couple of years.Originally formed in Wellington, New Zealand, they are now based London and there are various musicians who come and go from the group, the line-up can change with each performance.The group isn't always a trio but thats usually what it works out to be. They are experimented with all kinds of combinations and instrumentation, often dictated by who was around and able to perform.The group has been as large as 6 and as small as 2. They are essentially a live band and perform as often as possible. They have 16 releases most of which were released in limited edition CDRs and are no longer in print, currently available is “ A Fundamental Problem ” and “ High Tension ” a limited CDR. They currently working on future releases. Rick is also a member of I-C-E an improvising clarinet ensemble, Nova Scotia a free form abstract trio, The Radioactive Ensemble an international music/art collective and performs in other collaborative projects. He is a photographer and has had over 20 exhibitions in NZ and the U.K. and is currently working on publishing his first book.