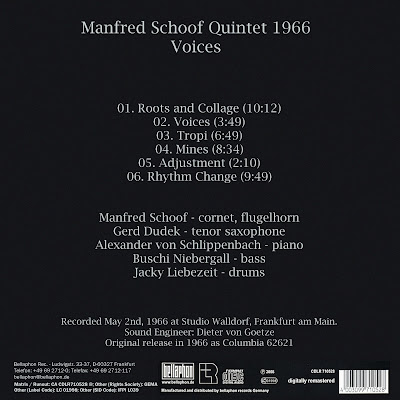 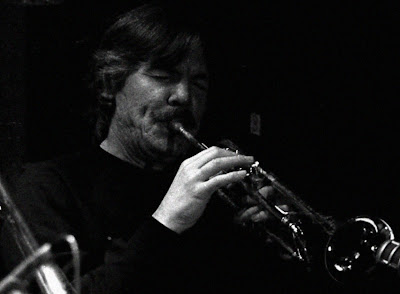 Trumpeter/cornetist and composer Manfred Schoof isn ’ t quite as well known today as some of his peers in the free-jazz movement in Germany. Though now primarily working in radio and television music, Schoof recorded a series of extraordinary records as a bandleader in the ‘ 60s and ‘ 70s. His quintet of the mid- ‘ 60s featured saxophonist Gerd Dudek, bassist Buschi Niebergall, drummer Jaki Liebezeit (later of prog-rock band Can), and pianist/composer Alexander von Schlippenbach. The compositions are all originals by members of the group and the music here is crisp, alternately poised and volcanic. Stylistically there are clear forebears — Cecil Taylor, Ornette Coleman, Don Cherry, Gato Barbieri, George Russell and Albert Ayler, as well as composer Bernd Alois Zimmerman (with whom Schlippenbach studied) and the inventions of Karlheinz Stockhausen, Mauricio Kagel, Arnold Schöenberg and Anton Webern. For all that, the music is a robust classic of European jazz, and one that shows its constituents to be aware of tradition whilst fighting to find new expressive avenues.