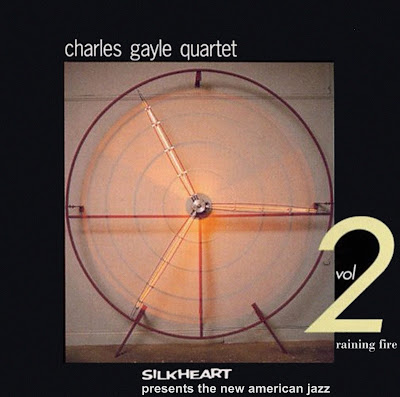 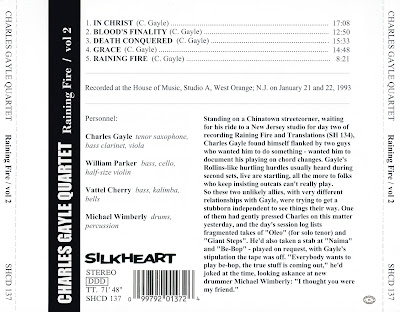 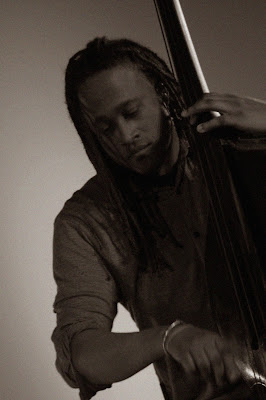 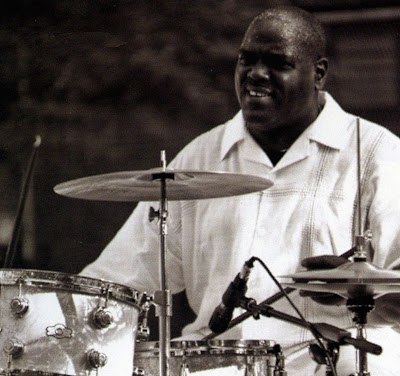 "The all-out assaults of his earlier sessions gives way here to a more open rhythmic sensibility. Gayle's playing takes on an emotionally incantatory urgency here over the shifting layers of dual basses and Wimberly's tumbling, flexible attack. Raining Fire is the more fiery of the two CDs, from the opening blasting hurricane charge through In Christ with Gayle's most incendiary playing of the two. Translations (Silkheart 134) and Raining Fire are welcome additions to Gayle's growing discography, documenting Gayle's uncompromising intensity and continued growth."


These sessions were considered so successful that this quartet became Gayle's regular group for a time. The music is unremittingly intense with Gayle screaming a lot in spots, although the sections with strings are at a quieter volume. Charles Gayle's mostly free-form music is certainly not for everyone, but fans of his passionate explorations will want all of his chance-taking and very heartfelt efforts.