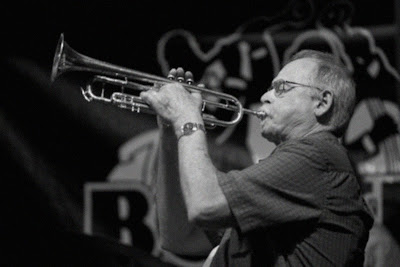 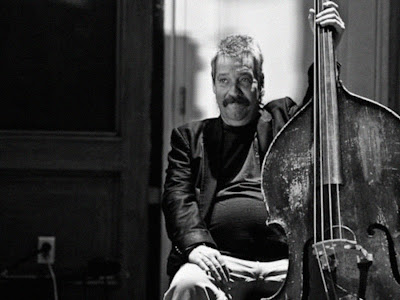 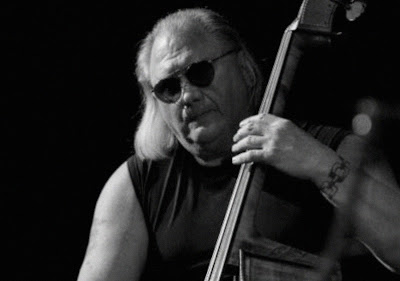 Duo improvisations featuring a double bass and a horn are some of the hardest performances to realize. The challenge is compounded if the non-bass-playing partner only has a trumpet’s three valves and his embouchure with which to create. Thus Rochester, N.Y.-based trumpeter Paul Smoker should be complimented for sheer audacity. His double CD session of live, more than 60-minute duets with either Dominic Duval or Ed Schuller shows what can happen when two accomplished musicians strip down to the essentials and go at it with no preconceived notions.

Performing for the first time as a duo and with not many previous encounters under their respective belts, Smoker and Duval spend most of the time on the seven tracks playing slow- moving themes to determine each other’s skills. In the case of the trumpeter especially, this seems to involve extended techniques that at time stray close to the show-offy.

On “Burn Dialogue/Blue Mon ”, the nearly 13½-minute longest track for instance, he begins a cappella with a capricious display of growls and chromatic high-pitched note bending. Just before the solo threatens to turn into a Maynard Ferguson style extravaganza, it finally become a hell-bent-for-leather dialogue between Smoker’s chromatic trills and Duval’s slower-paced, carefully emphasized arco work. As the bassist bows away the trumpeter decorates the output with shrill high notes and a line that sounds like “Cherokee” played at a languid pace. There’s no mistaking “Blue Monk” , which soon appears in proper cadence here, replete with plunger trills. As Smoker dispenses his variations on the theme, Duval counters with pealing, pizzicato strokes that offer a sandpaper rough version of the same thing. Other than a singing version of “If I Were A Bell” presented in a muted Milesean fashion, the tunes concentrate on brass and bass effects. At one point Smoker warbles offbeat slurring phrases as Duval introduces well-modulated triple stops; at another four-string strums from the bassman calls forth echoes that could come from an Alpine horn --then choked valve plunger work examination.

Fittingly, the final tune is both abstract and conventional. Initially it resounds with idiosyncratic brass note flurries that go from andante to adagio to allegro, as the bass line becomes excessively discordant. The ending however finds Smoker appropriately quoting “The Party’s Over” in mid-register, Bobby Hackett-like fashion.

Over-abundant experimentation also characterizes the four Schuller/Smoker duets, with the others leading up to and away from “Hypnotics/Bassoptics Mutetics/Nostematics”, an almost 31-minute tour de force. Separated by periods of silence and applause, the first section showcases legato trumpeting with thundering bass lines that get harder, stronger and more repetitive as Smoker shrilly whistles from his mouthpiece. As Schuller strongarms a vamping ostinato back and forth, the trumpeter buzzes grit from his valves and soon broaches mouthpiece kisses, small smacks then squeals. Following a pause, a dark, double-stopping bass solo seems to invite Smoker’s most idiosyncratic response as higher-pitched, Harmon- muted obbligatos share space with deeper open tones. It almost appears as if he’s playing two trumpets at once. As Schuller continues to snap out short melodies and decorative asides that then turn to a walking bass line, Smoker completes the showcase with a flourish, producing a steady “Flight of the Bumblebee” buzz from his mute.

“Didgerotics”, is the most interesting of the pieces -- not to mention the shortest -- since Smoker manages to produce basso didjeridoo and radung or metal Tibetan bass horn sounds from his axe, not to mention vocalized plunger inflections straight out of the Bubber Miley Jungle book. Meanwhile Schuller moves from assured, low-pitched arco thrusts to split second visits to the effervescent cello register.

"Duocity in Brass & Wood" is a good document, which can be appreciated even by those who do not feel close to the aesthetics free, thanks to the continual references to jazz and freshness of ideas.