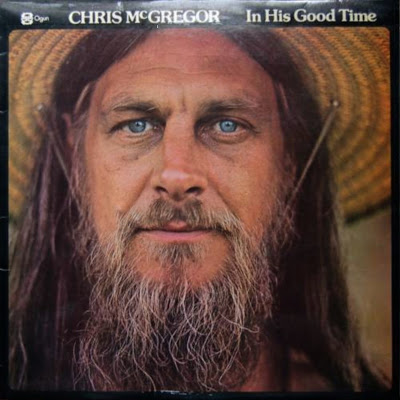 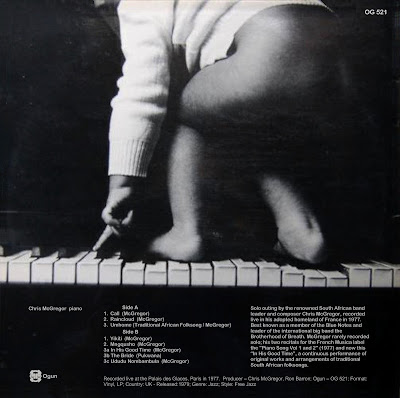 Note:
Founder of South African group the Blue Notes and, later in London, the Brotherhood of Breath, pianist Chris McGregor (born in the Transkei to Scottish missionary parents) was among the first musicians to take what became known as "township jazz" beyond South Africa, when he and the Blue Notes went into voluntary exile in 1964. Like pianist Dollar Brand (later Abdullah Ibrahim) and trumpeter Hugh Masekela, who had both left the country in the wake of 1960's Sharpeville massacre, McGregor no longer felt he could live and work under the barbarism of the apartheid regime, in which the Blue Notes' situation was exacerbated by the presence of both black and white musicians in the group.

McGregor, who died in 1990 in his adopted homeland of France, rarely recorded solo. Two albums for the French Musica label have long been collectors' items, as has In His Good Time, recorded at a Paris concert in 1977 and first released by Ogun in 1979. 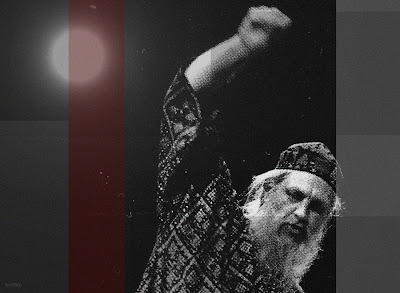 "Damn; I really don’t know what to write about Chris McGregor, after all he has been my friend for a dozen years. His powerful personage moved into the English scene in the middle sixties, and eventually created the Brotherhood Of Breath, and in doing so influenced a whole group of English players to continue his African concepts. He brought with him the incredible players of South Africa, among them the late Mongezi Feza, Dudu Pukwana, Louis Moholo, Ronnie Beer and Johnny Dyani. His reputation was based almost entirely on his ability as an organiser, as a band leader, and his previous solo piano recording on Musica was not really representative of his ability. This Ogun production however shows that his heritage can come forth without the aid of an orchestra. The performance, a concert at the Palais des Glaces in Paris, consists, with the exception of Dudu Pukwana’s “ The Bride ”, of all original compositions, compositions that show Chris to be a powerful and original pianist. Of course you can hear Africa clearly, even living in England and now France, could not take that away. He used to say that when he lived in South Africa, receiving records from America was like getting letters from a friend. Chris I thank you for this correspondence."