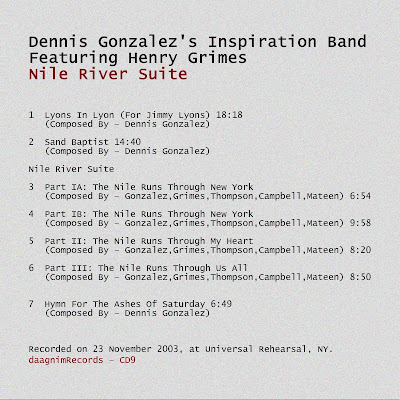 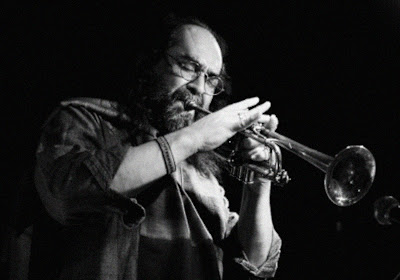 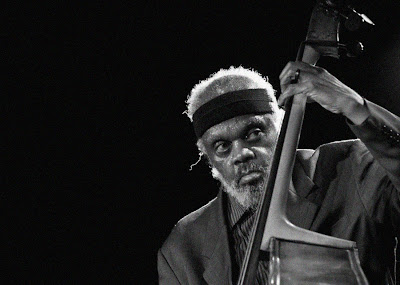 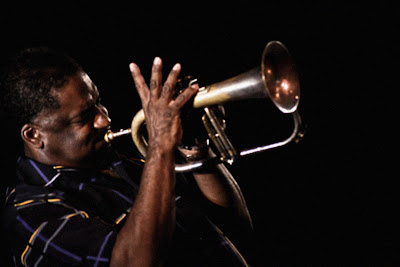 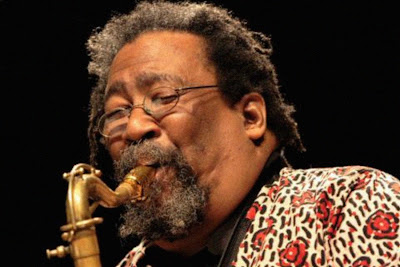 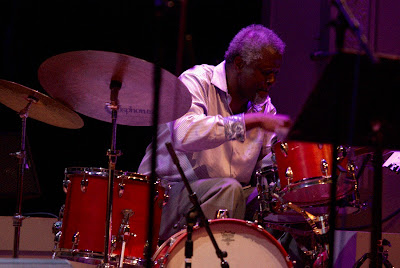 Free Jazz is full of stories like that of Dennis Gonzalez. A very talented trumpeter and composer, Gonzalez played with a veritable who's who of free jazz in the 80s and early 90s. Unfortunately, like so many fine musicians of that era, he became discouraged by the lack of adequate opportunities in the jazz world and left active performing, preferring instead to teach music and French in Dallas, Texas. But Gonzalez just couldn't stay away from the free jazz scene and in 1999 he recorded again after a five year hiatus, with an eclectic ensemble featuring himself on keyboards, trumpet and samples and even a Tejano accordionist. Since then, Gonzalez has embarked on a steady mix of touring and recording, all the while continuing to teach his high school students.

Nile River Suite is the latest in an impressive series of recordings Gonzalez has made over his career. This CD is notable in many ways. It marks the first time that legendary bass player Henry Grimes has recorded since his dramatic re-entry into the music scene two years ago. Grimes' story is fascinating. After recording on many seminal LPs with Cecil Taylor, Albert Ayler and others, Grimes moved to Los Angeles and disappeared. He was widely reported dead. However, two years ago he was discovered living in an LA SRO. Given a bass by William Parker, Grimes began to play again with a triumphant set at the Irridium in NY and then a knockout group at the Vision Festival. On this disc he sounds like he hasn't missed a beat! (Henry says he practiced bass in his head during his thirty missing years and you can believe it!) On an instrument that is often overlooked by musicians fascinated by the more showy reed instruments, Grimes is powerful. His lines and tone seduce you almost hypnotically. He is a powerful presence that only gets better with age.

The disc also includes some of the top New York free jazz musicians. Sabir Mateen on reeds is a true wonder. This musician is perhaps one of the most underrated reed players on the scene. Mateen is unusual in that, like Eric Dolphy before him, he has a distinct voice on each of his instruments and a marvelous tone. And though Mateen has perhaps the best altissimo shriek this side of Albert Ayler, his playing is marked by a captivating melodic sense and an unfailing technique. Drummer Michael "T.A." Thompson is another crack NY musician, capable of driving bop-inflected grooves, subtle polyrhythms and powerful tom-tom work. Adding brass player Roy Campbell to the mix was particularly audacious for Gonzalez. Campbell is a true master of all aspects of the instrument, with a tone and style that shows the influence of the entire history of jazz trumpet, from Louis Armstrong through Lee Morgan and on out. That Gonzalez stands up well to such a master is a credit to his own sense of style. You always know which musician is soloing. They are distinct, but complimentary.

The compositions on the disc are impressive, and the multi-part Nile River Suite is truly marvelous. The disc opens with an 18 minute "Lyons in Lyon," a tribute to the late alto player Jimmy Lyons, which sits on the stylistic edge between free bop and total out playing. Gonzalez gives a wonderful, almost Clifford Brown style solo. "Sand Baptist" is a similarly tradition-infused cut, with mellifluous solos by Mateen and Campbell. The major work on the disc, the three part "Nile River Suite," begins with an atmospheric extended introduction for wind trio (Campbell and Mateen on flutes with Gonzalez on trumpet) and then features some inspired solo work before seamlessly moving into a hypnotic Middle Eastern jazz groove. A beautiful lyrical solo by Campbell introduces the second movement of the work with a dark, Lee Morgan-inspired tone. The interplay between Grimes and Thompson is magical. The third movement is dominated by a beautifully constructed, melodic drum solo by Thompson and some soulful blowing by Mateen before the piece winds down to a peaceful conclusion. The final cut on the disc, "Hymn for the Ashes of Saturday," is pure avant-funk, with a groove that would have done Lee Morgan or Cannonball proud. A marvelous way to round out a beautiful album.

This is disc, like so many produced in the new millennium, is a limited addition on the daagnimRecords label. The sound is wonderful, with lively present bass and yet a very clear high end. The music on this disc is adventurous, but ultimately melodic and appealing. This is not the scream fests of Peter Brotzman or other extreme players. Rather it is a deeply felt and almost spiritual disc and a wonderful introduction to the musicians on this album. Find it while you can!