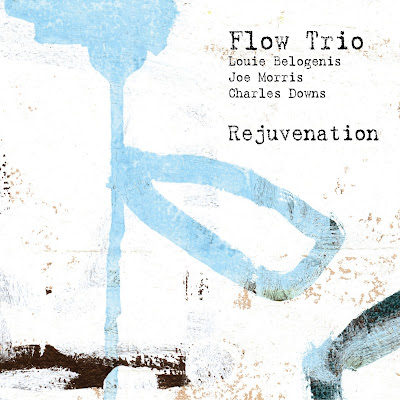 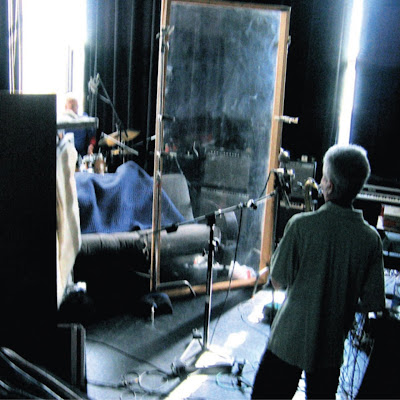 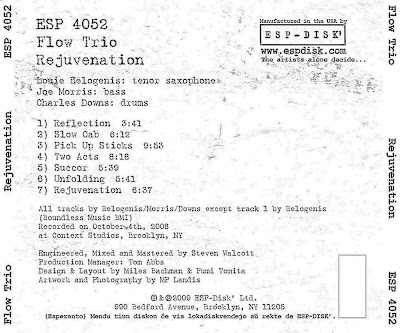 Over the past few months have been published in various references as bassist, Morris acts as leader or co-leader. In early 2009 published Rejuvenation ESP (ESP 4052) in the name of Flow Trio. This formation is composed of Louie Belongenis (tenor sax), Charles Downs (formerly known battery with Rashid Bakr) and Joe Morris (bass). In this, their second recording, made in October 2008, the three musicians raised an impromptu session of free jazz that fits perfectly into the historic tradition of the seal (the essential Spiritual Unity by Albert Ayler is one of its references), in being published. The 46 minutes are divided into six parts in a trio, plus the initial “ Reflection ” with Belongenis solo tenor. Along these musicians have not forgotten any time in the character of a melodic improvisations in the prevailing dialogue and spaces above the urgency to reach the pinnacle inherent in a certain way of understanding the free-jazz. Perhaps the only objection is that a great piece as “ Two Acts ” in the form of molten ends with silence. 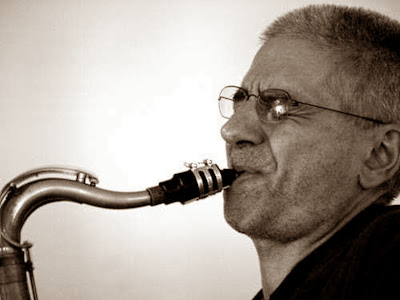 If there is a way—and there most certainly is—to feel music with all the senses, then Flow Trio, comprising saxophonist Louie Belogenis, bassist Joe Morris and percussionist Charles Downs, show how completely spectacular this can feel when it all comes together on a record such as Rejuvenation.

The group, all seriously schooled in the poetics of sound, have literally mastered the way to fully explore the sound dynamic of saxophone, bass and drum, vertically- -for harmonic depth—and horizontally—to toy with the melodic elasticity. And if the central idea of Rejuvenation is to drain the senses' touchstones in music that are obvious, predictable and comfortably numbing, and refill them with an unexpected and refreshing, resonant and wholesome new sound, then it succeeds not only conceptually, but also in every real sense as well.

Flow Trio is not the first to explore this kind of musical space. Paul Bley had done this on several occasions decades ago, but probably the first to make such bold sojourns into spatial reading of music was Jimmy Giuffre, most notably on 7 Pieces (Jazz Beat, 1959).

Although it may seem antithetical to have a structured format to this record—the amorphousness of its musical progression from song to song is a delight—it would still appear as if the music is book-ended by the first and last tracks. From "Reflection" to "Rejuvenation," so to speak. But whether deliberately sequenced or not, "Reflection" seems a perfect place to start. A slow moody piece, it features a haunting solo by Belogenis and progresses perfectly into "Slow Cab," with its plucked triads, exploratory bass opening and skittish, stammering drumming that creates an open season on harmonics while the saxophonist weaves melodically in a circular and sometimes helical manner.

"Pick Up Sticks" is a vivid sonic tapestry, rich in harmony and rhythm. It is an interstellar excursion that rouses the spirit as it moves the body to dance. Downs drives hard, showing himself to be atop his game while exploration tone and time. "Two Acts" roams the stratosphere of sound and is a gripping piece that melds a walking bass and rebellious drums, creating a wonderful refracted vessel for the tenor sax to further explore its tonal landscape.

"Succor" is a spirit-moving, graceful work, featuring fine con arco work from Morris and highly evocative drums that follow the funerary saxophone, where all the musicians revel in a highly suggestive, conversational atmosphere. "Unfolding" takes the music into a space where it hangs with dynamic tension. It is the band working itself up to a conclusion, brightly stated in "Rejuvenation," which brings the music not just to a resolution, but also attempts to inhabit a new plane—a soaring, edifying glide into musical territory first laid bare by the opening track.

Rejuvenation is not simply a trio record. It is studied and deliberate, and a well thought out exercise in the realm of New Jazz Sound.