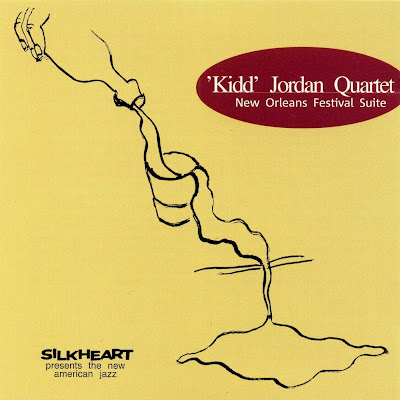 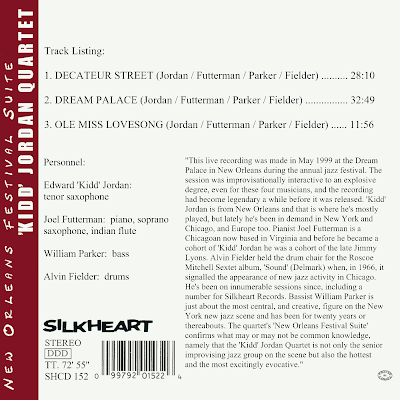 Kidd Jordan has been a near-solitary champion of the new music in his hometown of New Orleans, which is noted for being the birthplace of jazz but certainly not noted for embracing the revolutionary aspects of the music. Although Mardi Gras ranks as the city's biggest party, the New Orleans Jazz Festival is right behind it in popularity. During this annual event, Jordan has often exposed the community to the delights inherent in creative improvised music, either as an official or maverick participant. He continues to fight a stiff battle against the staid forces of conservatism, although he hints at times he may be losing the fight. Change and New Orleans are not comfortable partners, but Jordan refuses to stop trying to enrich the resident minds with his sonic philosophy.

While the 1999 festival was happening, Jordan reassembled his dynamic quartet of Joel Futterman, William Parker, and Alvin Fielder. This group has had solid exposure in the European festival arena, where it is widely acclaimed for its inventiveness and take-no- prisoners policy. They really gave New Orleans a taste of what the rest of the world has been experiencing. Unassumingly, Jordan launches his solos by building them layer by dynamic layer until the intensity is overwhelming. He circles as a bird of prey, absorbing all the positives flowing from the band, and then he plunges into the heart of the tunes with an exhilarating display of creative genius. As would a phoenix, he rises again and reignites the atmosphere with an overwhelming abundance of innovation and musicality. 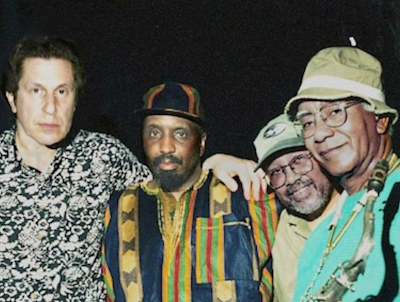 The crack train on which Jordan speeds is propelled by three musicians who muster cyclonic swirls around him. Futterman plays with enormous passion. He astutely senses Jordan's direction and constructs intricate improvised phrases in synergistic concert. Futterman is committed to the concept of resolution. Nothing he plays is random. It is instantaneously constructed magic that is always resolved in a logical, musical manner. His piano playing sparkles on this date, but he also intuitively participates with his curved soprano or Indian flute to add yet another dimension of originality. His soprano duel with Jordan on the lengthy "Dream Palace" has enough thermal force to melt paint, but it evolves in an instinctively rational fashion.

Parker is bedrock on this date. He pours out a continuous avalanche of density from his bass. Parker is an untiring musician who maintains a pulsating, throbbing heartbeat while unrelentingly racing over the bass in a blur of activity. What he invents merges naturally and aesthetically with the collective output of the band. Fielder is an incredible, yet underrated drummer. He produces amazingly complex and interwoven percussion patterns, and he has been doing it for decades without receiving the star status his talent dictates. Fielder combines originality and vitality with a keen sense of rhythmic direction, and his bursts of spontaneity fan the inferno to make it blaze even brighter.

The Jordan quartet is a product of this age. The four listen, interrelate, interpret, and invent music with power and beauty. This is a muscular set of high artistic order guaranteed not to disappoint seekers of truth.