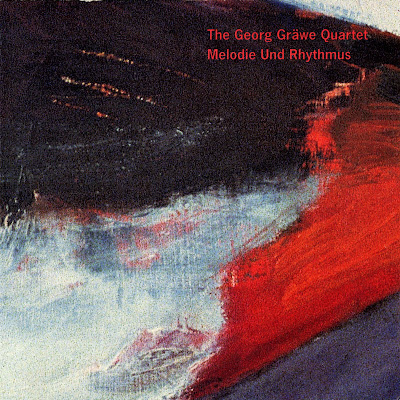 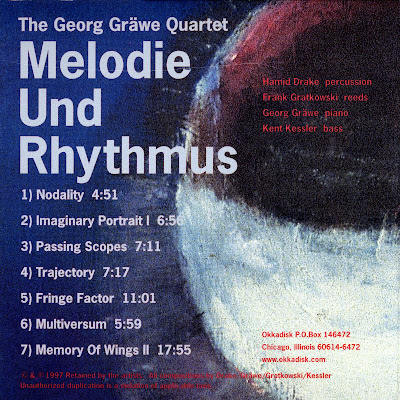 Georg Gräwe visits Chicago for the first time (1995), performing solo, recording a solo record for OkkaDisk, and collaborating with alto saxist/clarinetist Guillermo Gregorio. Gräwe quickly develops an affinity for the vibrant local scene and the city ’ s jazz and blues heritage. Buys a copy of Magic Sam ’ s West Side Soul (Delmark). Enjoys a Bookers at the Hopleaf. Late that year, he hears a group of Chicago improvisors in Germany at the Moers Festival. Bassist Kent Kessler and drummer Hamid Drake are among the six participants (later known as the Moers Six). At a certain point in three days of ad- hoc groupings, long-standing Gräwe accomplice Frank Gratkowski adds his alto sax and clarinet to the Chicagoans ’ music. The seeds for the group are sown in the ears of the listening pianist. In 1996, Gräwe is deeply impressed by Kessler ’ s playing on Steelwool Trio ’ s International Front (OkkaDisk), and he finally settles on the formation of a quartet, inviting Drake — with whom he had been eager to work since before his first visit to Chicago — and Kessler from the Windy City, and Gratkowski from Köln. Music Minus One: first concert (and studio session) in November of ’ 96, without Drake. Intensive trio interaction, clear connection forged between these three parts — big question-mark how it will work with the master percussionist in the mix. Inspired by the scene, and with a desire to rehearse (and eventually record) his new quartet, in April ’ 97, Gräwe moves to Chicago for the spring and summer. The full group makes its triumphant first appearance in May at the Empty Bottle Festival of Jazz and Improvised Music, in Chicago, then plays again in July at Nickelsdorf Konfrontationen, in Austria. In between these two performances, both spectacularly rich and (for Gräwe followers especially) extremely surprising, the quartet storms the studios and produces the record you now hold in your hands. And as the group presently finishes its first European tour, the story continues... 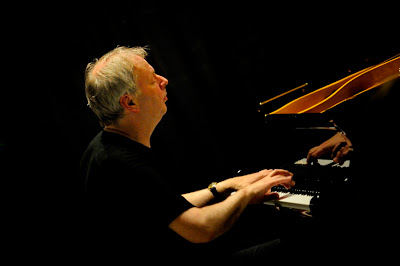 Melodie und Rhythmus captures the interplay of a fine and charismatic quartet of German and American jazz improvisers. Pianist Georg Gräwe is joined by reeds player Frank Gratkowski from Köln, Germany, and Chicago jazzmen, percussionist Hamid Drake and bassist Kent Kessler, for a recording date that reveals a strong likemindedness and communication between the musicians. The opening piece begins quiet and sparse, with staggered steps of high piano chords and ambient shadings provided by the others. As "Nodality" develops, the space gradually fills in with increased activity. The immediate contrast of a dark piano punctuation starts the next piece, "Imaginary Portrait I," which turns into quick streams of nightclub piano jazz fragments and runs. It's a testament to this group's skill that the fast- paced activity seems effortless, coming off with elegance. The album continues with the hot afternoon bustle of "Passing Scopes," which includes a solo by Gratkowski; the dark and stormy bombardment and impressive whirlwind that is "Trajectory"; "Fringe Factor," with a slowly building clarinet monologue that runs through the center of the quartet's playing, ultimately giving way to a beautiful solo from Gräwe; the more abstracted, single-note rounds of "Multiversum"; and, finally, the more traditional feel of the excellent "Memory of Wings II." The superb playing of drummer Hamid Drake, as well as the strong presence of Kessler's bass throughout this session need mentioning, as does the evocative and tight knit sound of this quartet.