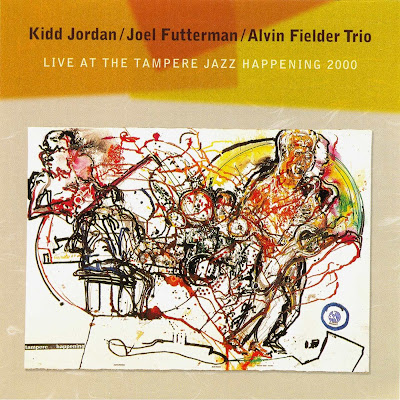 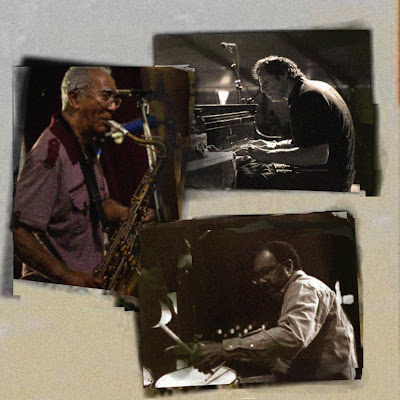 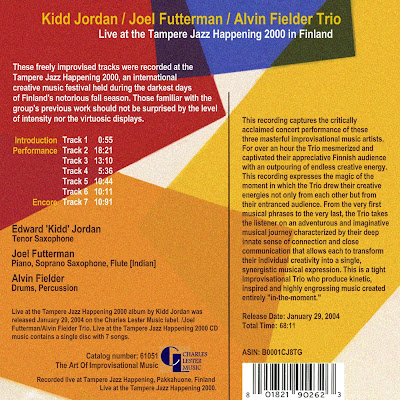 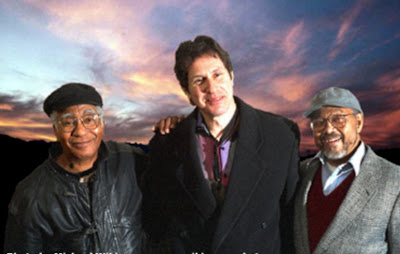 It is rare, especially in the world of free jazz, for players to perform together continuously, in part due to the perceived need to search for new sources of creativity. While each of the members of this collective performs in other groups, they continue to return to this core trio, presumably because the wells of inspiration never seem to dry up. These freely improvised tracks were recorded at the Tampere Jazz Happening 2000, an international creative music festival held during the darkest days of Finland's notorious fall season. Those familiar with the group's previous work should not be surprised by the level of intensity nor the virtuosic displays. Those coming to the group for the first time might be shell-shocked by its more than occasional ferociousness, particularly from the piano and saxophone. Joel Futterman's debt to Cecil Taylor hardly needs to be reiterated, but he also blows a soprano sax (usually curved) and an Indian wooden flute, each of which he has become more comfortable over time. The trio retains its essential core, with Futterman flying through the keyboards with unmitigated speed, like a sprinter running his last race; Kidd Jordan plowing through clipped phrases with unrelenting zeal; and Alvin Fiedler alternately keeping things moving or holding them in stride, or both. It is a good group because the players are top-notch technically, they know the others' moods, probably what they each had for breakfast, and they are able to build on common ground rather than stagnate in quotidian familiarity. Yes, you might have heard these fellows before, but every chance to hear this dynamic trio live is a big treat. In this concert setting they have time to stretch, and the audience clearly appreciates and inspires them. 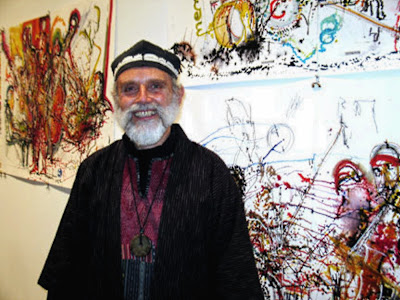 Born in New York City in 1937, Jeff Schlanger attended New York ’ s High School of Music & Art, studied under Maija Grotell at the Cranbrook Academy of Art, and has created public art projects throughout his career on three interrelated subjects of Peace, Resistance to War, and Music.

Schlanger has been an active participant in the Arts for Art Vision Festivals held in New York over the last nine years, was featured as a painter in performance at Sons d ’ Hiver 2004 in Paris, and at the Tampere, Finland Jazz Happening 2000 – 2003, as well as a graphic artist in Canada at the Guelph Jazz Festival in 2002. Exhibitions from these projects have been held at San Francisco ’ s Intersection for the Arts, Webster University in St. Louis, MO, and the Hunterdon Museum of Art in Clinton, NJ. Events held at downtown New York performance spaces include four installations at the Leonard Street Knitting Factory on Houston Street; three permanent pictures on view at the new Knitting Factory; installations in the Angel Orensanz Foundation Center for the Arts; The Electric Circus; The Center; the Learning Alliance; the Improviser ’ s Collective, and CHARAS/El Bohio. Selections from musicWitness® have been commissioned as album covers by many leading musicians including Julius Hemphill, Muhal Richard Abrams & Roscoe Mitchell, Charles Gayle, William Parker, Billy Bang and Kidd Jordan. Articles on musicWitness® have appeared in Japan ’ s Morning magazine, Germany ’ s BeQ! and France ’ s Papiers Nicklés #2.