Note:
The 7 tracks on this new album include 3 trio pieces and solo tracks by each member, the intention being to give each individual more space outside the hectic free improvisation of the trio.
The trio tracks were recorded (June 2003) on the first occasion the three musicians played together – each eager to play but at the same time wanting very much to hear what the others had to say. The studio session was a high-energy affair, both mentally and physically draining, leaving the solo tracks to be recorded at later dates. In a much calmer environment the 3 musicians later took advantage of the space and freedom of the unaccompanied solo to make their own statements – creating a short gallery of self-portraits. 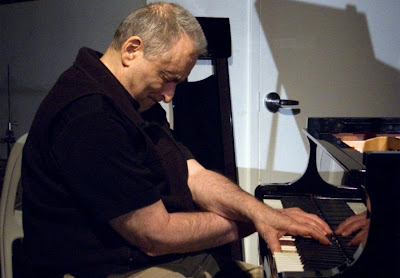 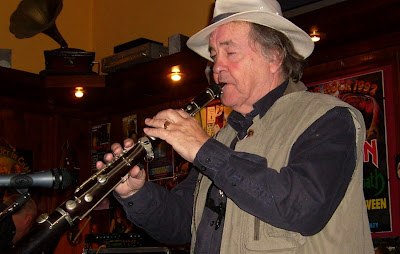 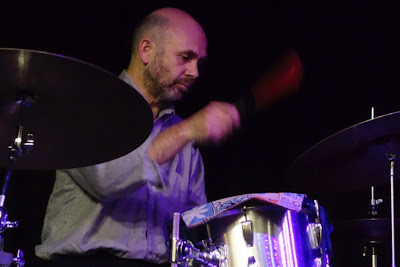 Energy Jazz is alive and kicking! Slam label boss George Haslam has long had a knack for creating challenging situations for himself, and this robust threeway encounter proves a success. He’s a restless player, whose avid search for new groupings and apparent mania for diving into seemingly inhospitable idioms recalls Herr Brötzmann (whose current instrumental druthers Haslam shares). Hession’s long tenure with the British avant-garde has found him playing mostly in the circle surrounding his colleague Simon H. Fell, with whom Hession has recorded some seriously hair-raising sessions. His fierce, frequently busy playing can often be mistaken for lacking detail and subtlety; in fact, Hession’s imagination (and hands, of course) simply move faster than most listener’s ears (hear this in his excellent solo piece, "The Varmint"). His partnership with Haslam was cemented on their 2002 duo album Pendle Hawk Carapace. Given the stylistic proclivities of two of these players, the fleet- fingered Bergman naturally fits in well with these fellows. The tart-toned tarogato dominates the rambunctious opener, which only occasionally gives you room to breathe. These guys simply launch themselves forward as soon as the tape is rolling, constructing and destroying ideas and exchanges with insane speed. The velocity and relentlessness of this music isn’t too far off from Death Metal, believe it or not. But despite this intensity, the lugubrious baritone opening to "M. E. W." gives a clue to the emotional heart of this music (although when Haslam blows both his horns at once it’s certainly an abstracted emotionalism). This proves only a brief interlude as Bergman comes crashing out to begin "Streams." The density and complexity of his phrasing, and the rapidity with which his ideas are pursued, are matched on this solo track only by the quality of his construction (since there is a clear, if unorthodox logic to this creation; it’s easier to sense this on the reflective "Dusk," which is almost like listening to one of Bergman’s knuckle-busters slowed down to 16rpm). When the trio reconvenes for the following track, there is a considerable clarity to the piece, with each musician pursuing a different and contrasting tempo which overlap and dissolve.
An invigorating recording.