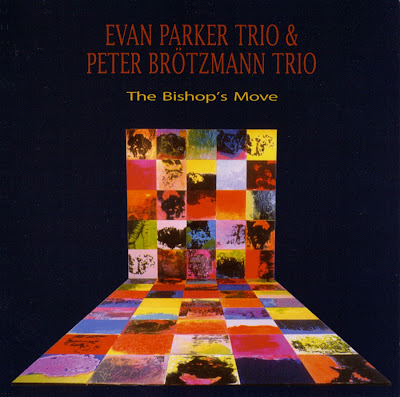 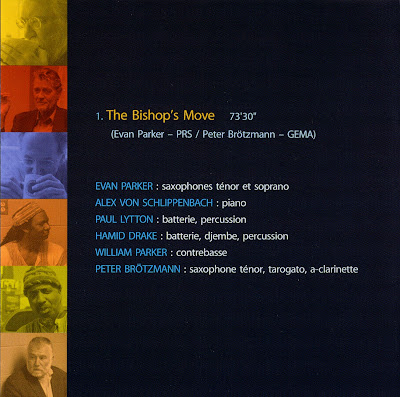 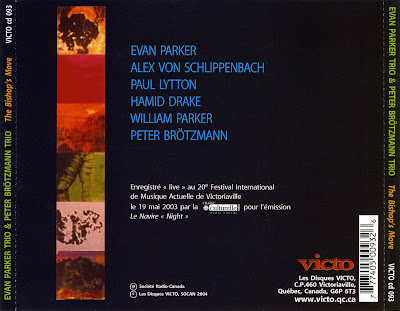 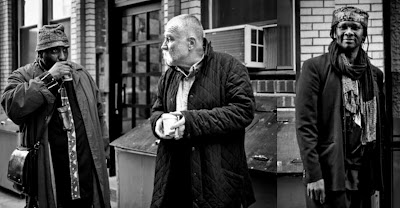 Festival organizers are always searching for meetings that have a killer combination of artistic cachet and audience draw. Victoriaville artistic director Michel Levasseur has mastered this over the years, coming up with some spectacular combinations amongst the expected fizzles. When he found out that Evan Parker ’ s trio with Barry Guy and Paul Lytton and Peter Brötzmann ’ s Die Like a Dog trio with William Parker and Hamid Drake would both be touring during the spring of 2003, he arranged a one-off meeting of the two at the tail end of their tours. Things took an intriguing twist when pianist Alex von Schlippenbach was recruited as a last-minute replacement for Guy, who was unable to make the tour.

Parker, Brötzmann, and Schlippenbach ’ s history goes back decades, but they had not played together in quite some time. With little practice time together, there was a question as to whether this would become simply a clash of titans, or if the sextet would find its way to more provocative collective heights. Over the course of a continuous 80-minute set, they managed to work at both extremes.

The buzz was high when the sextet hit the stage and the group seemed to feed off of it. Sections by the two trios serve as bookends for this continuous set. After an initial salvo where the twin tenors laid out bellowing torrents in full assault over stabbing piano clusters and roiling pulse, Parker ’ s trio was left to negotiate their snaking labyrinths. Those looking for a document of the trio at the height of that spring tour should be steered to America 2003, the two-disc document on Parker ’ s Psi label. That said, the Parker trio ’ s segment shows the group ’ s ability to move from muscular intensity to circuitous detail.

But it is other sub-groupings that provide the real highlights. After Die Like a Dog joins in, the reed players and W. Parker break off to leave Schlippenbach and the two drummers for a long central section. Here, the pianist ’ s Monk-like clusters and percussive prepared abstractions jostle against the coursing waves of Drake ’ s polyrhythmic pulse and Lytton ’ s free textures. When W. Parker joins in on bass and E. Parker dives in on soprano, the fractals fly with ever-mounting dramatic tension.

Oddly it is when the ensemble opens way for Brötzmann ’ s trio that things begin to flag. The reed player starts on tarogato but can ’ t seem to settle in, relying more on bluster and burly force than his usual molten barrage. When the trio breaks way for an extended bass/frame drum duo, then a bit later for a bass solo, it feels out of place with what had preceded.

When the full group finally convenes to finish things out, the energy is regained for an incendiary final blast. (Missing on the CD is the full-on five-minute encore with the whole group storming with an intensity gathered over the set.) Though a wildly uneven meeting, this is still one of those summits that was an intriguing reunion of masters and well worth checking out.