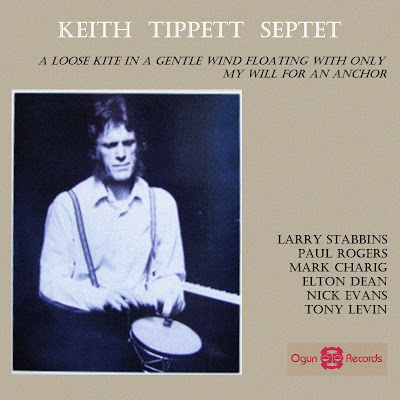 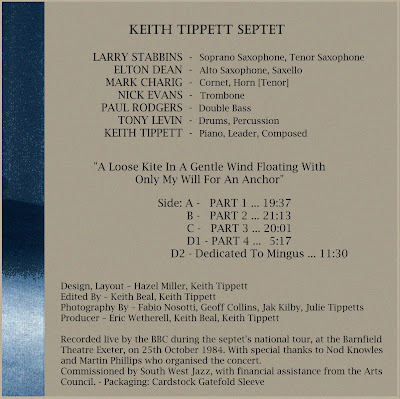 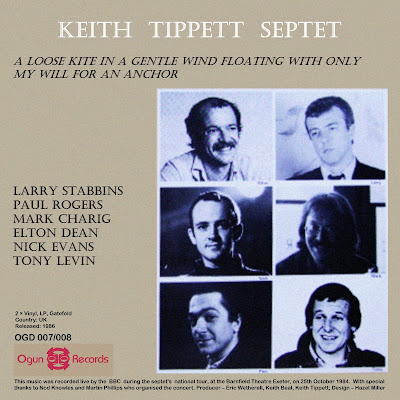 Keith Tippet's Septet with Larry Stabbins, Elton Dean, Nick Evans, Tony Levin, Paul Rogers and Mark Charig, was put together in 1984 to play a new suite inspired by the writing of Maya Angelou. This obscure gem is the only document of the project, from a live performance in Exeter in 1984, here issued by Ogun to bring this remarkable project to light. 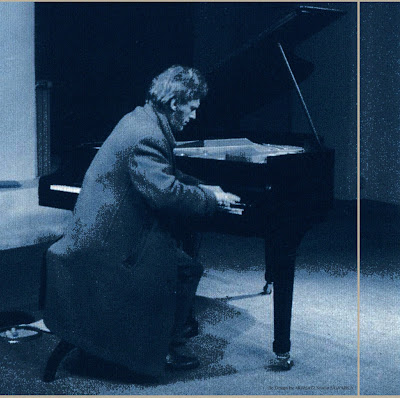 Keith Tippett's brilliance as both composer and pianist has long been established through a dazzling back catalogue of long-form epics such as Septober Energy and Frames as well as more intimate and impressionistic outfits such as Ovary Lodge and Mujician.

Over the last forty years his dogged determination to continue creating exciting and ingenious musical settings have been captured in an occasional series of records whose availability has always been subject to the often indifferent whims of the marketplace.

Originally issued in 1986 as a double album, A Loose Kite... finally makes its CD debut and allows us to relive a truly superb septet getting their collective teeth into Tippett's intricate charts and sweeping arrangements.

Drawing conceptual inspiration from writer Maya Angelou, his effusive settings provide his players with both the space and the springboard from which to launch a series of invigorating broadsides.

Mark Charig's fiery brand of piquant lyricism on the cornet blasts and bellows with a tireless invention, whilst trombonist Nick Evans' constantly pushes the music like some belligerent bouncer intent picking a fight.

Larry Stabbins and Elton Dean sax playing is propelled into a series of splenetic duels across the length and breadth of this four-part suite, with Tippett and rhythm section of Paul Rogers (bass) and Tony Levin (drums) providing the contextual glue that holds it all together.

The album portrays the yin and yang of Tippett's sure-handed discipline and his artistic restlessness. His love of a good tune allied to his capacity to mix it up with edgy, free-form expressiveness makes this one of the best jazz reissues of the year. 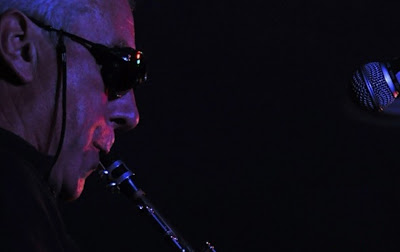